Apparently, Planet Earth’s Core Slowing Down Isn’t Cause for Alarm

It's less a constant than a cycle

Strange things are afoot at the center of the Earth. Hopefully not too strange.
NASA
By Tobias Carroll @tobiascarroll

If you’re a science fiction fan, you’ve probably encountered a story or two in which something strange happens to Earth’s molten core. That was the inciting incident at the center of the 2003 film The Core, for instance; the Earth’s rotation going awry also played a significant role in Karen Thompson Walker’s The Age of Miracles. But now, as the saying goes, science fiction has become science fact — albeit less apocalyptic or dystopian. (Apparently.)

As The Washington Post reports, scientists have detected that the planet’s core is slowing down. As the Post points out, evidence emerged in the 1990s that the Earth’s core was spinning faster than the rest of the planet. Evidently, that’s no longer the case — and it’s prompted some to rethink their beliefs on how the planet’s core operates.

A paper published this week in Nature Geoscience compares seismic records from the 1990s with more recent ones, as well as some that date back to the 1960s. The study’s authors conclude that the data “suggests that inner-core rotation has recently paused.”

That’s one of the big takeaways from the study, but it’s not the only one. The scientists also argue that the Earth’s core has “an approximately seven-decade oscillation,” and that this “coincides with changes in several other geophysical observations, especially the length of day and magnetic field.” In other words, sometimes the core spins more quickly; at other times, it spins more slowly.

The Post‘s reporting on the study also points out that one of the paper’s authors, Xiaodong Song, has been looking into the rotation of the Earth’s core since the 1990s. And while there are still countless enigmas that hover around the center of the Earth, the speed at which the core rotates might be a little less mysterious now. That said, this new research probably won’t stop anyone from using the planet’s rotation in a science fiction disaster narrative in the coming years. Some things really are constants, after all. 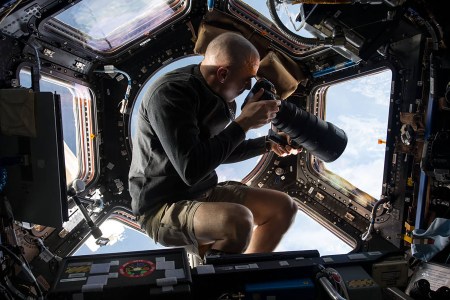 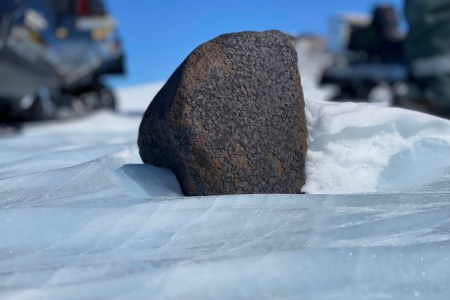 Researchers Unearth One of the Biggest Meteorites Ever Discovered In Antarctica