LeBron James isn’t quitting basketball, but he is apparently looking at branching out into hockey masks.

The Los Angeles Lakers star’s production company, SpringHill Entertainment, is in talks to partner with Vertigo Entertainment on a reboot of the classic slasher franchise, Friday the 13th.  Sources told Variety that Victor Miller, the writer of the original 1980 horror film is working with those production houses to reopen Camp Crystal Lake pump new life into the scourge of teenage counsellors, Jason Voorhees. 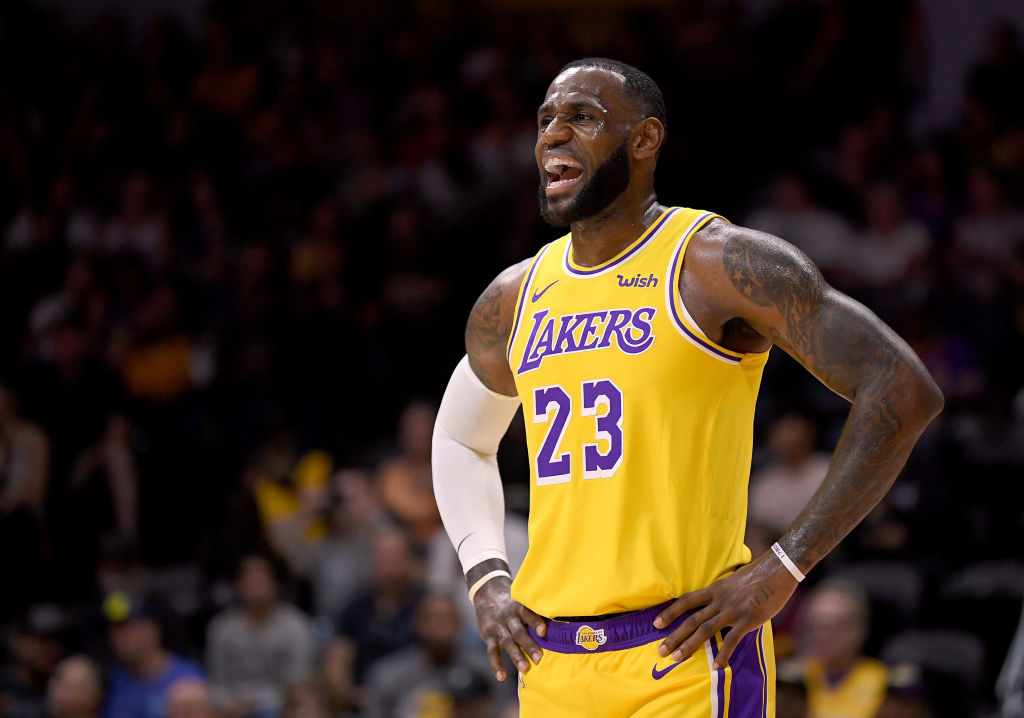 LeBron James #23 of the Los Angeles reacts during a preseason game against the Denver Nuggets at Valley View Casino Center on September 30, 2018 in San Diego, California. (Photo by Harry How/Getty Images)
Getty Images

A previous attempt to reboot the Friday the 13th franchise died miserably at the box office in 2009, but there is renewed interest in the horror sub-genre after a Halloween sequel starring Jamie Lee Curtis opened to a record $77.8 million this past weekend.

One of the factors in James’s decision to sign with the Lakers this  off-season was the close proximity to Hollywood and the opportunity to become more involved with the film industry.

What Yankee Fans Did Yesterday Was Absolutely Abhorrent
The Paloma Is the Ideal Drink for Summer
These Are the Only 5 Bourbon Bottles You Need
Arrival of Jumping Worms Suggests California Might Be Experiencing the Apocalypse
Trevor Bauer's MLB Suspension Could Impact Baker Mayfield's Future in NFL
Mick Jones and Paul Simonon on The Clash’s “Combat Rock,” 40 Years Later