They’ve already interviewed a Navy SEAL and celebrated alpinist, with more to come

Two episodes of "Traverse" are out now, with new ones dropping every two weeks.
Huckberry
By Alex Lauer @alexlauer

If you find yourself in a podcast rut lately, or are like us and Spotify recently axed your longtime favorite in a cost-cutting move (bring back Every Little Thing!), there’s a new show to add to your feed: Traverse from Huckberry.

Huckberry has built its reputation on selling all the gear you’ll need for your adventures, and they’ve even done adventure documentaries with their food travel show DIRT, but this is their first time they’re dabbling in the podcast realm, and what is the show about? You guessed it: “people who have committed themselves to living an unconventional life of adventure.”

Traverse, which launched on October 7 and will release a new episode every two weeks, is in capable hands on the hosting front. Huckberry has tapped two hosts: Charles Post, an ecologist and filmmaker, and Chris Burkard, an adventure photographer and explorer who we’ve been following (and frequently catching up with, about Icelandic volcanoes and environmentalism) for years.

“We used to sit around campfires, hear stories, hear sagas…and that’s really all [Traverse] is — is an extension of that,” says Burkard. “I think that’s why we’re fascinated with longform conversation. It’s why I chose to do this.”

To kick off those conversations, Huckberry called in the heavy hitters whose stories could fill dozens of episodes. The first guest was Jocko Willink, a retired United States Navy officer and former Navy SEAL, who is now a popular podcaster in his own right. The most recent, in an episode just released on October 21, was Conrad Anker, the celebrated alpinist who has endless tales from summiting the world’s highest peaks, but also has plenty of advice for aging adventurers, as he suffered a near-fatal heart attack during a climb in 2016.

While Huckberry isn’t announcing the lineup of guests to come, they do offer a clue in the podcast description by hinting at potentially interviewing “a legendary chef.” So it’s not all action heroes — you can expect a diverse range of voices, and hosts Burkard and Post will, as the show notes, “dig into the blueprints of their unexpected lives, find out what motivates them, and uncover a ton of actionable inspiration.”

You can find full details here on where to listen, or watch, as Traverse is also available on YouTube with video of the hosts and their esteemed guests. 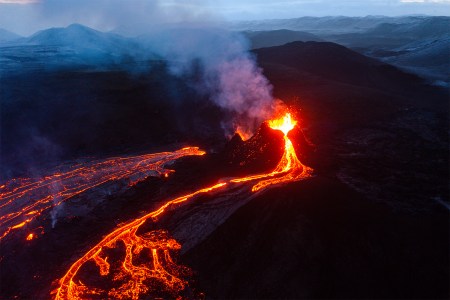 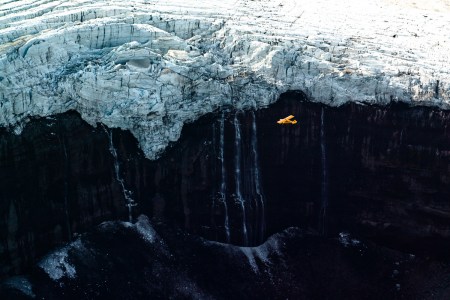 Photographer Chris Burkard Wants You to Travel Differently After Quarantine 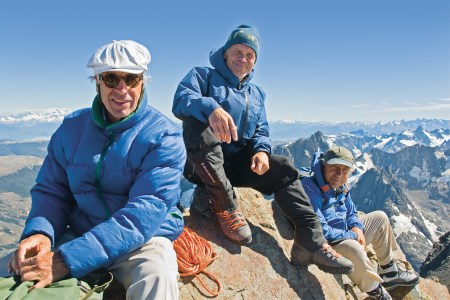