The protein-packed product is created using a process similar to how yogurt, cheese and wine are made

While trying to solve the problem of how to feed astronauts over the course of a year-long space mission, NASA researchers discovered that carbon dioxide exhaled during breathing can be captured by a special class of microbes and turned into protein-packed nutrients.

Made in 1967, that discovery has led to a California startup attempting to make what amounts to air-based meat.

The company, appropriately dubbed Air Protein, uses air, water and renewable energy to engineer a protein-rich flour using a process similar to how yogurt, cheese and wine are made. That flour is then used to recreate the flavor, texture and taste of animal proteins such as chicken, fish, beef and pork via pressure, temperature and cooking techniques. In addition to being made with no animals, the air-based meat also does not contain soy, hormones, pesticides, herbicides or GMOs. It also features more protein per kilogram than any other meat source and is rich in vitamins, minerals and amino acids, according to the company.

Good for your body, Air Protein’s animal-free offerings are also good for the planet as they are made through a carbon-negative process that uses 1.5 million times less land than beef production and reduces water usage 15,000 times over compared to beef, according to Wired. Certainly sustainable, Air Protein’s air meat is meant to “eliminate compromise between nutrition, taste and climate impact.”

“It is not just about reducing carbon dioxide emissions, but also leading a new era of sustainable production on how food and everyday products are made to support a growing population,” said company founder Dr. Lisa Dyson.

Founded in 2019, Air Protein has yet to announce when its products will be available commercially for consumers.

“We believe climate change and food scarcity can be reduced by reimagining food creation,” per Air Protein. “Our groundbreaking process is carbon negative, massively scalable and can happen virtually anywhere. Air Protein has reimagined and redesigned how meat is made and created the most sustainable meat on the planet. It’s delicious, nutritionally advanced, and guilt-free. This is the future of meat.” 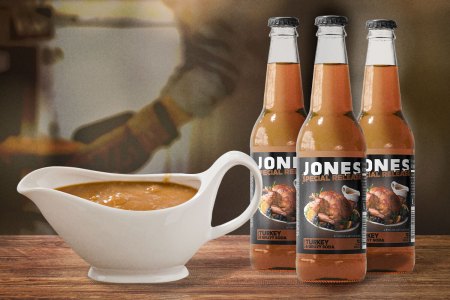 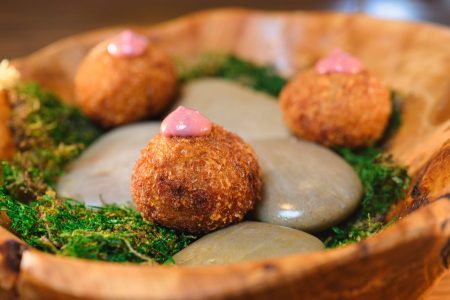 Turducken Croquettes Weren't at the First Thanksgiving, But They Should've Been 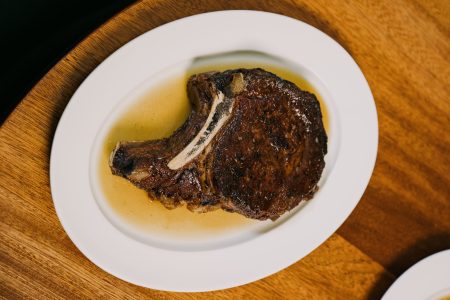