You'll likely be paying more this year to fill out the Thanksgiving table.
Getty
By Lindsay Rogers @lndsrgrs

We have a lot to be thankful for this year, but as fate would have it, the low cost of a Thanksgiving dinner is not one of those things.

Per a new survey from the American Farm Bureau Federation (AFBF), this year the cost of Thanksgiving dinner is up 20% from 2021’s average of $53.31 for a feast for 10, to $64.05 for a gathering of the same number. Most of that difference comes from a surge in turkey prices. An average 16-pound bird is now retailing for $28.96, or $1.81 per pound, up 21% from last year. Surprisingly, inflation isn’t the only factor at play.

“Other contributing factors to the increased cost for the meal include supply chain disruptions and the war in Ukraine,” said AFBF Chief Economist Roger Cryan. “The higher retail turkey cost at the grocery store can also be attributed to a slightly smaller flock this year, increased feed costs and lighter processing weights.”

Unsurprisingly, according to a report from Gothamist, New Yorkers will feel it the most, paying about $2.34 more on average for their Thanksgiving food items than the rest of the country. The 26% price increase over last year’s Thanksgiving dinner, determined by a New York Farm Bureau (NYFB) survey, “represents the greatest increase since the survey began more than three decades ago,” per the organization.

“New Yorkers continue to face challenges at the grocery store,” Darleen Krisher-Meehan with the NYFB said. “But the supply of food remains strong in this country thanks to our farmers and farmworkers who continue to produce amidst their own price and labor challenges.”

Of course, $64.05 for a meal for 10 people, which breaks down to less than $6.50 per person, is still on all accounts a pretty good deal, particularly because the AFBF also factored in leftovers. 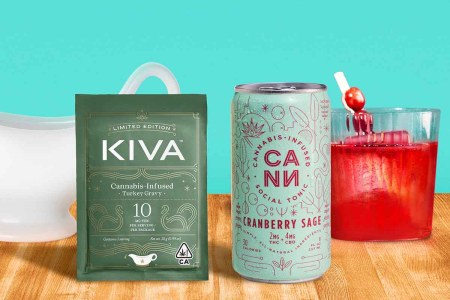