Can the SUV balance Land Cruiser toughness on one end and luxury grandeur on the other?

Lexus is attempting to court a wide swath of buyers with the 2022 LX 600.
Lexus
By Benjamin Hunting @huntingbenjamin

As SUVs become increasingly normalized as the de facto method of transportation for the vast majority of Americans, their roots as one-time purveyors of off-road adventure fade even deeper into the abstract static that accompanies their marketing materials. Sport-utilities continue to pay lip service to the rugged nature of their forebears, but only a small subset of owners actively seek out anything more challenging than a rain-slicked driveway or snowy back road.

It’s only natural, then, that luxury SUVs have followed a similar track, with most trading low-range four-wheel drive for better street presence on Rodeo Drive. Those that insist on continuing to drag their muddy boots across the red carpet have each made some level of compromise between premium customer expectations and the harsher realities of trail durability.

In this upscale category, the 2022 Lexus LX 600 has taken perhaps the most circuitous path to its tough truck bonafides. Based on the same platform as the now-departed Toyota Land Cruiser, the LX 600 faces down the dual challenge of competing with the luxo-charms of big-boned three-row platinum rides like the BMW X7 and the Cadillac Escalade that care little for hill and dale, while simultaneously trying to convince jilted Land Cruiser diehards to change allegiances (and fork over substantially more cash in the process).

Serving multiple masters is often a recipe for mediocrity across the board. Well aware of current luxury leanings, Lexus has definitely tipped the scales on the redesign of its latest LX towards posh presentation. Still, the carry-forward nature of its more hardcore 4×4 features puts the truck in an unusual position that might limit its appeal in the face of so many strong and similarly-sized alternatives.

There are two key areas where the 2022 Lexus LX 600 has improved on the models that came before it. Under the hood, it now boasts a twin-turbo, 3.5-liter V6 in place of last year’s thirsty V8 engine, a swap that boosts output to 409 horsepower and 479 lb-ft of torque. Matched with a smooth 10-speed automatic transmission, those additional 76 lb-ft of twist compared to last year make plenty of difference when hauling the LX’s nearly three tons off the line.

The engine also happens to be a full 5-mpg more efficient in combined fuel mileage, but it’s a little puzzling that the LX 600 has escaped hybridization, especially considering it shares much of its drivetrain with the Toyota Tundra pickup (which features an electrified option). The vehicle’s traditionally low sales volume (typically under 5,000 units) may have precluded a cost-effective battery option.

Inside the cabin, Lexus has finally done away with its truly horrendous mouse-pad infotainment interface in favor of a far better dual-touchscreen setup. It’s difficult to stress just how much of an improvement this makes the entire LX ownership experience, as the previous arrangement was clunky and hazardous to use at speed. The new user interface is easy on the eyes and above all easy to parse while driving, and represents a major achievement for the brand.

My only complaint about the latter has to do with the ergonomic arrangement of the vehicle’s hard controls, with a prominent engine start circle sitting directly beneath the power button for the stereo system and a little bit above a hefty dial for the vehicle’s drive modes. At a glance, any of this trio (which lie in the same plane) could be the ignition control, and I found myself regularly muting the stereo when I really wanted to kill the engine.

The aspects of the Lexus LX 600 that haven’t changed balance out its more forward-thinking attributes. The SUV’s body-on-frame chassis is intended to both pillow-top occupants from A to B while simultaneously delivering respectable rock-climbing capability when the pavement disappears, a dual-role design that compromises the former in favor of the latter.

With my F Sport trim’s drive mode set to its softest parameters, the LX 600 indeed floats, dips and bobs like a big boat in a small canal, pitching and porpoising over speed bumps and absorbing asphalt insults with alacrity. The opposite end of the drive mode dial — Sport S+ — does little to sharpen the LX’s reflexes, however, even with the additional suspension stiffening that comes with the F Sport territory (which can be further refined with the option of an adjustable hydraulic suspension). 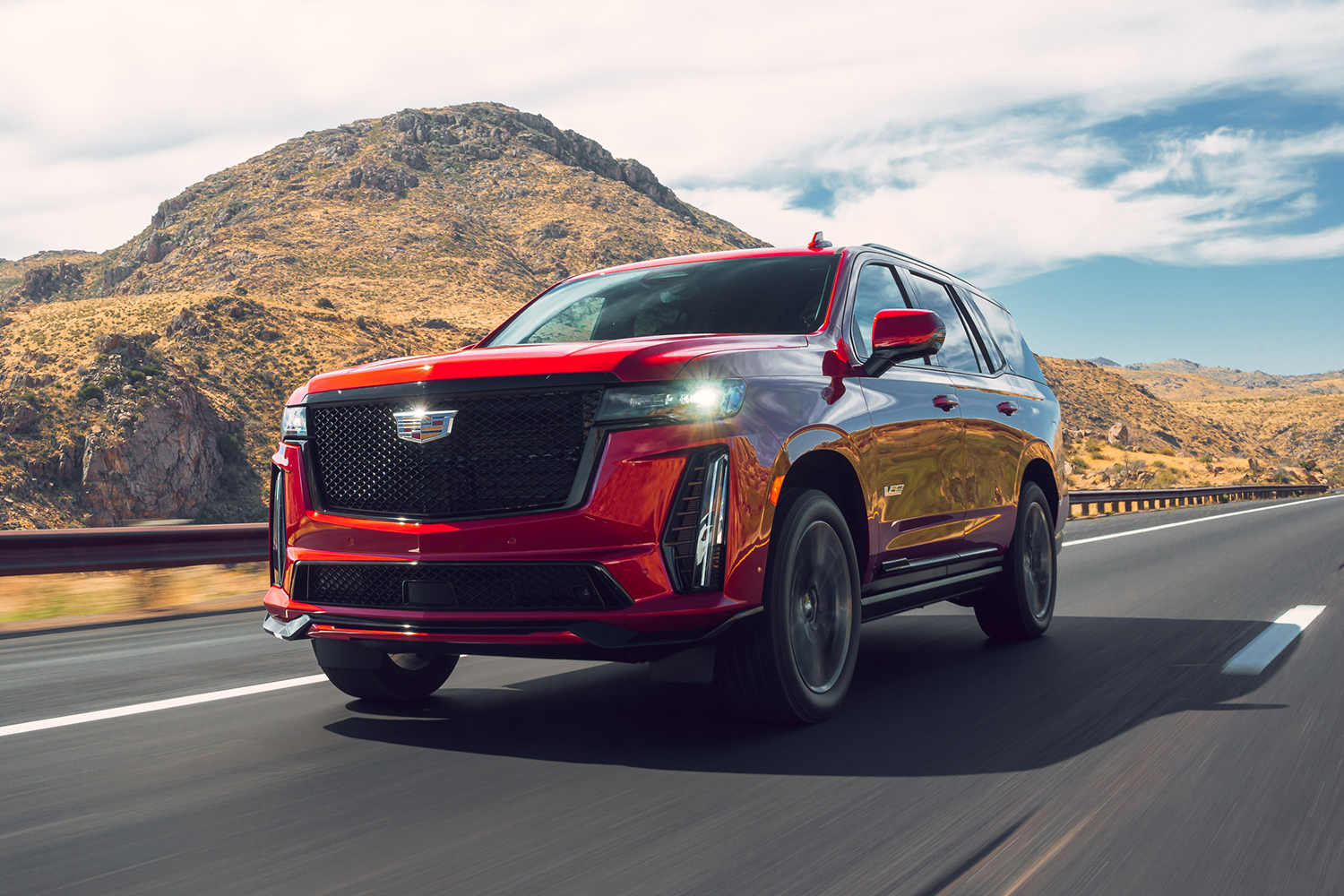 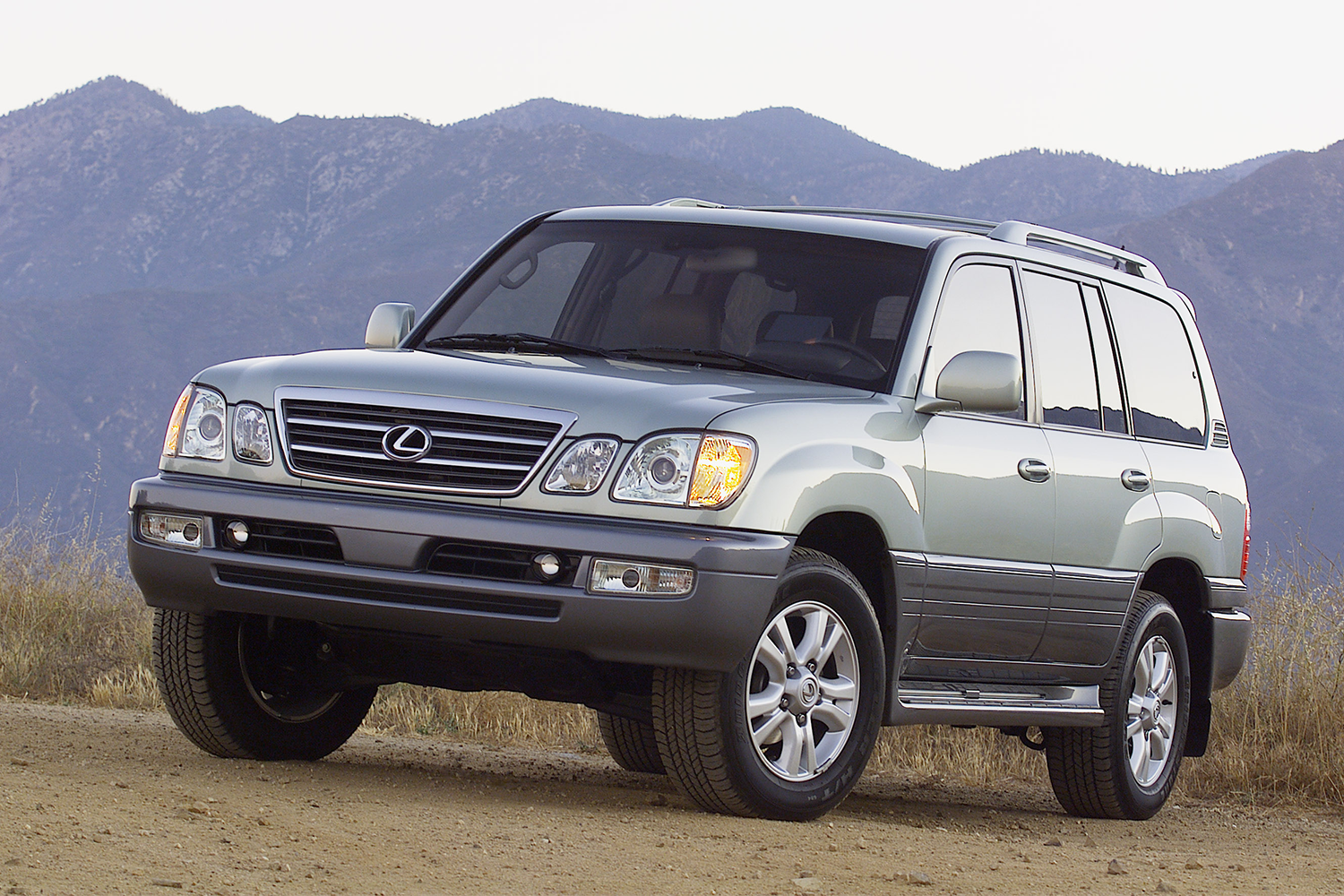 This lack of handling cohesion can be attributed to the maintenance of a solid rear axle, as well as a heavy-duty, low-range four-wheel drive system and the kind of overbuilt construction required to convince Lexus owners that the LX can cosplay at the nearest overlanding party. Available in a Land Cruiser-baiting base trim that swaps in 18-inch rims for the 22ers found elsewhere, the LX is still hobbled by the large overhangs of its bodywork, particularly its deep-driving front grille, plastic lower fascia at the rear and tucked running boards, all of which run the risk of rock damage even with the truck’s respectable 8.9 inches of ground clearance. Still, there are plenty of electronic driving systems included to help you crawl as deep into the bush as your insurance company is comfortable with.

Tight as a Drum

Then there are the interior compromises that continue to be a hallmark of the Lexus LX. Anyone relegated to the vehicle’s second row bench will be surprised at how tight it feels compared to several of its competitors (with five inches less leg room as compared to the Escalade). Although its trademark third row, inward-facing jump seats have thankfully been banished, their replacement is only a hair more accommodating: my modest frame could barely clamber onto the floor-mounted pair of fold-ups, with my head touching the ceiling as soon as I sat down.

With all three rows occupied, cargo space vanishes to almost nil. This is likely why the way-way-back seats aren’t offered on the base model (which is intended to appeal specifically to off-roaders seeking storage for their stuff) or the top-tier Ultra Luxury (which includes a set of second row captain’s chairs that drop capacity to a modest four passengers).

With a starting price of just under $90,000 and a cap that settles at $128,000 for the option-free Ultra Luxury, the 2022 Lexus LX 600 finds itself in an odd position. On the one hand, it’s staked out a claim on the hearts and minds of the same go-anywhere SUV buyers also sought after by Land Rover (the Range Rover) and Jeep (the Grand Wagoneer). On the other, it’s simultaneously pursuing badge-conscious glitterati currently being served by the previously mentioned X7 and Escalade, as well as the Mercedes-Benz GLS-Class.

It’s fair to say that against this dual cohort the LX 600 fails to stand out. Not as over-the-top in terms of street presence as the roomier Escalade, nor as pleasing to drive or as sumptuous inside as the X7, the Lexus falls short of delivering a class-leading luxury experience. It’s also in tough to appeal against the ultra-robust Jeep and Range Rover brands when attracting off-road fans, and while it might siphon off a few of the Land Cruiser faithful, that’s a vanishingly small pool of prospects to begin with.

There’s nothing wrong with playing the middle, provided that those stacked up on either side don’t leave you wilting in the shade. The LX 600 will likely continue to catch the eye of repeat Lexus buyers, but in the absence of a rethink in terms of mission statement, it’s unlikely to peel customers away from its more modern rivals. 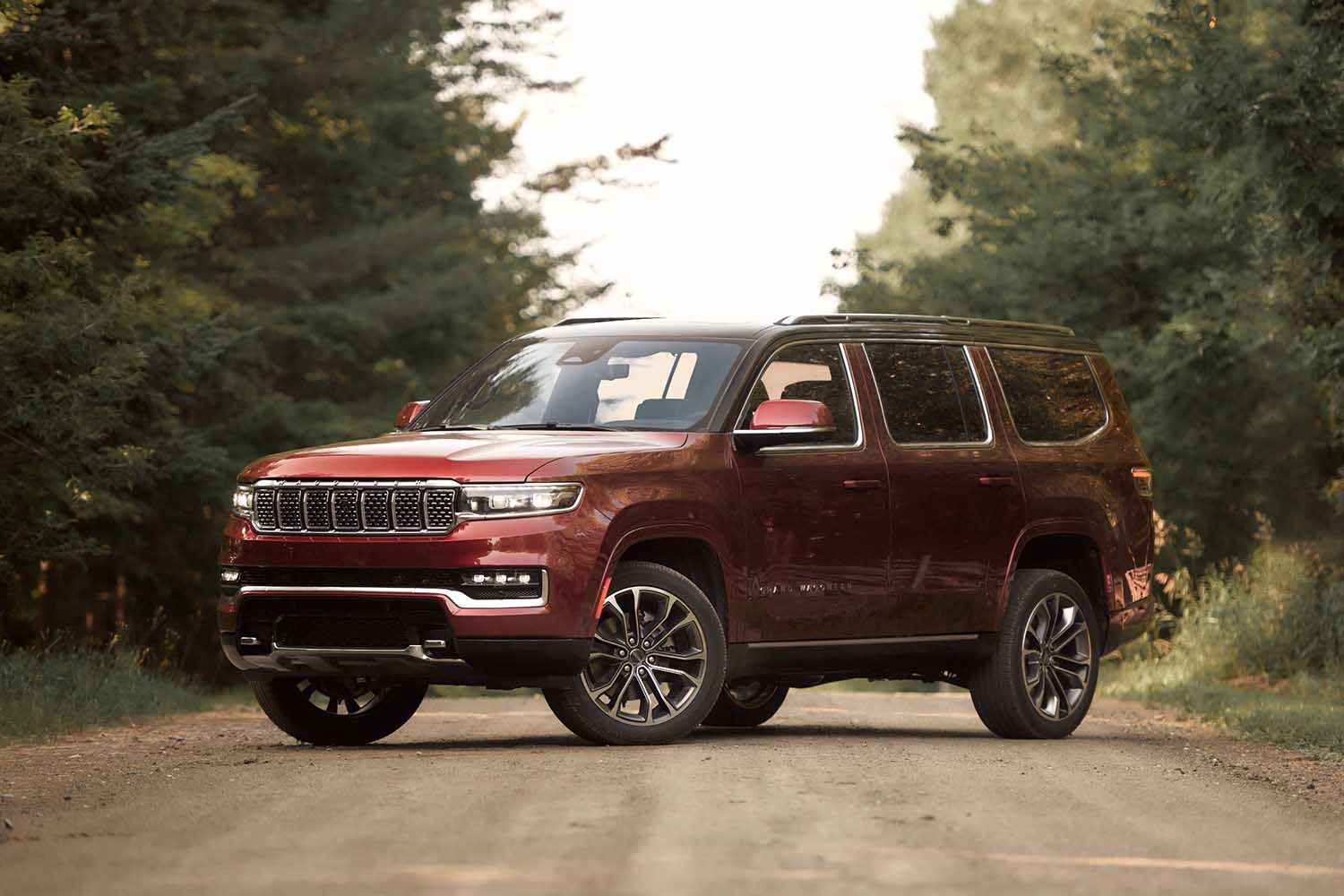 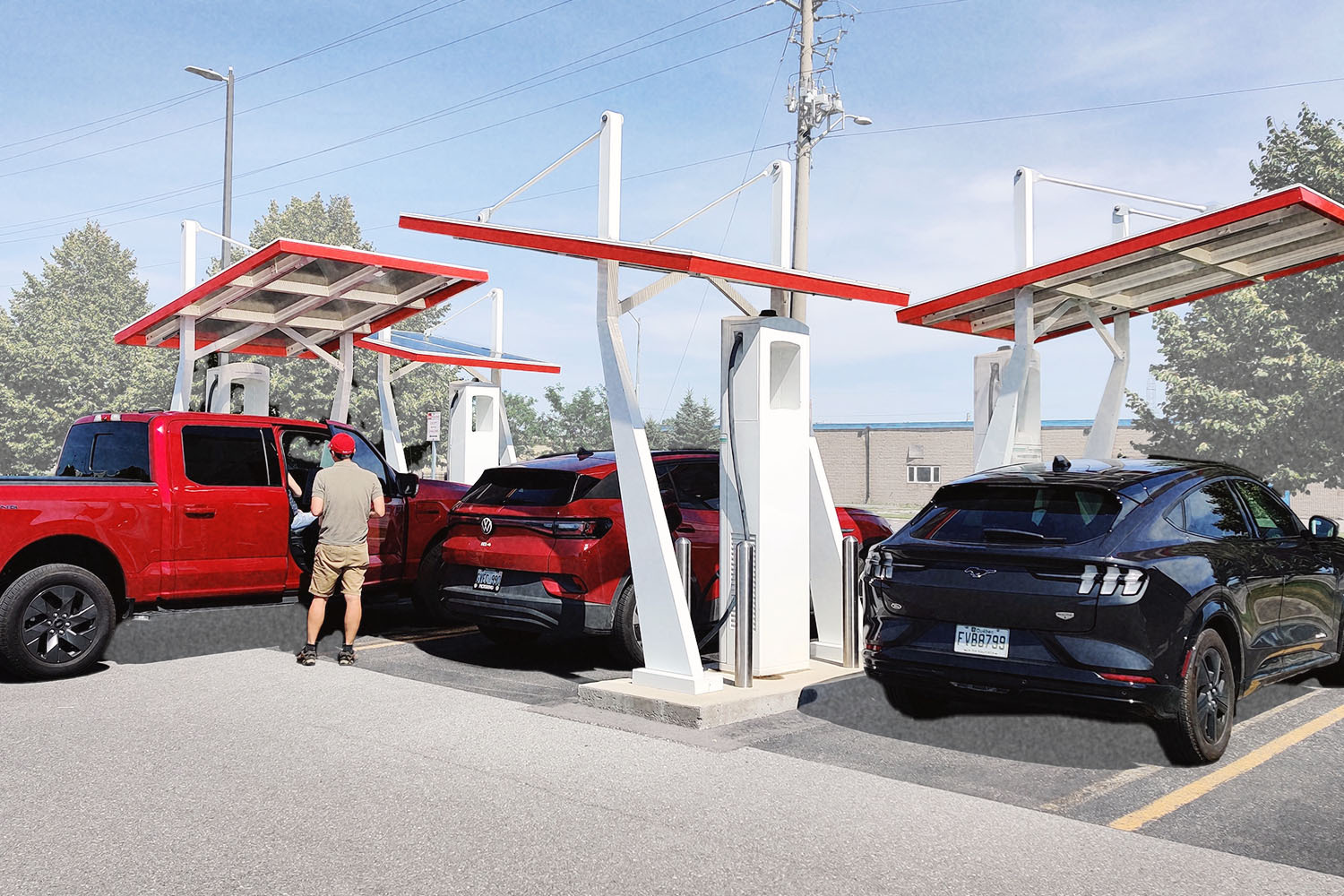 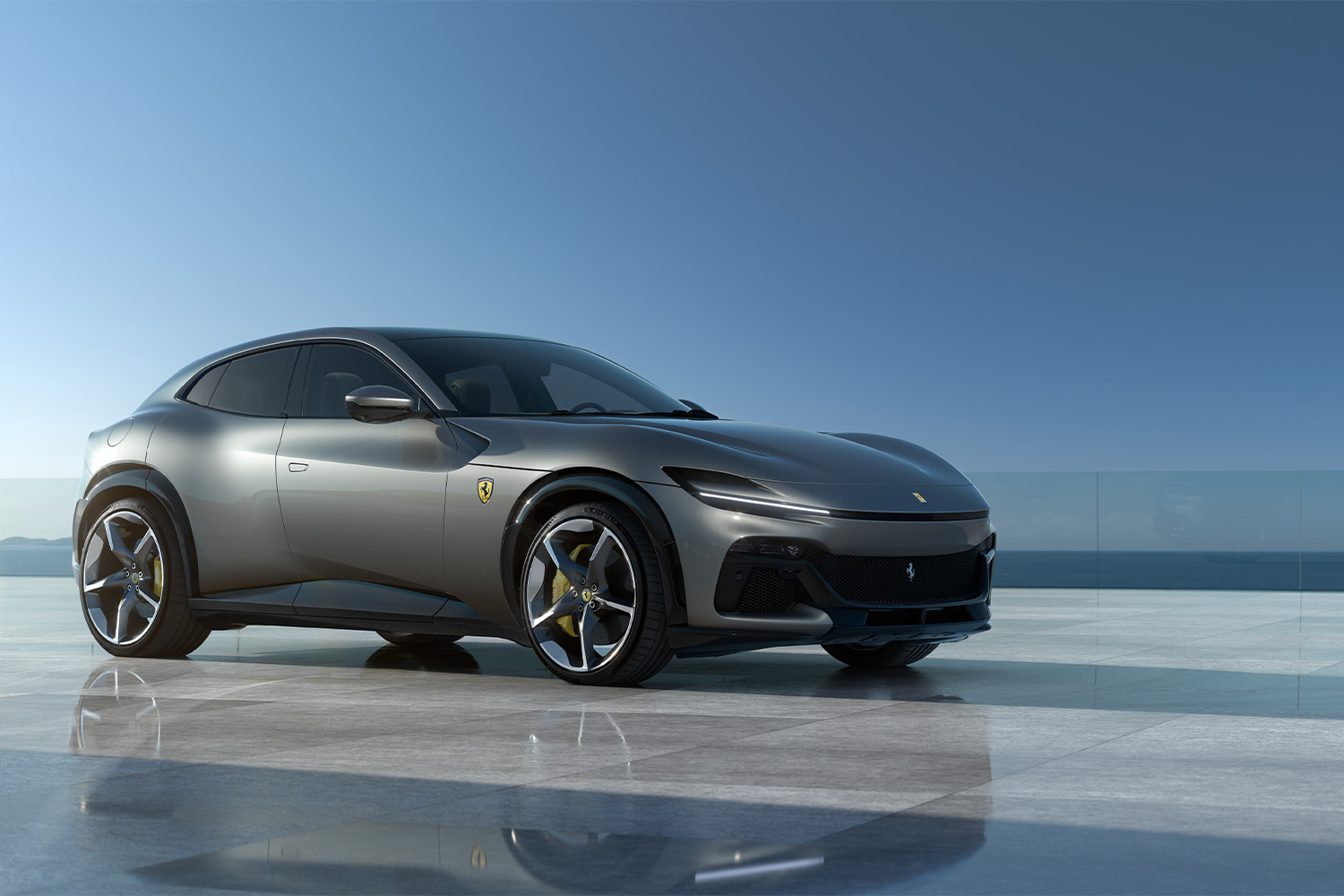