Morgan's Radical New Plus Four Is Straight Out of the 1930s

The unveiling of the vehicle also included an impromptu road trip 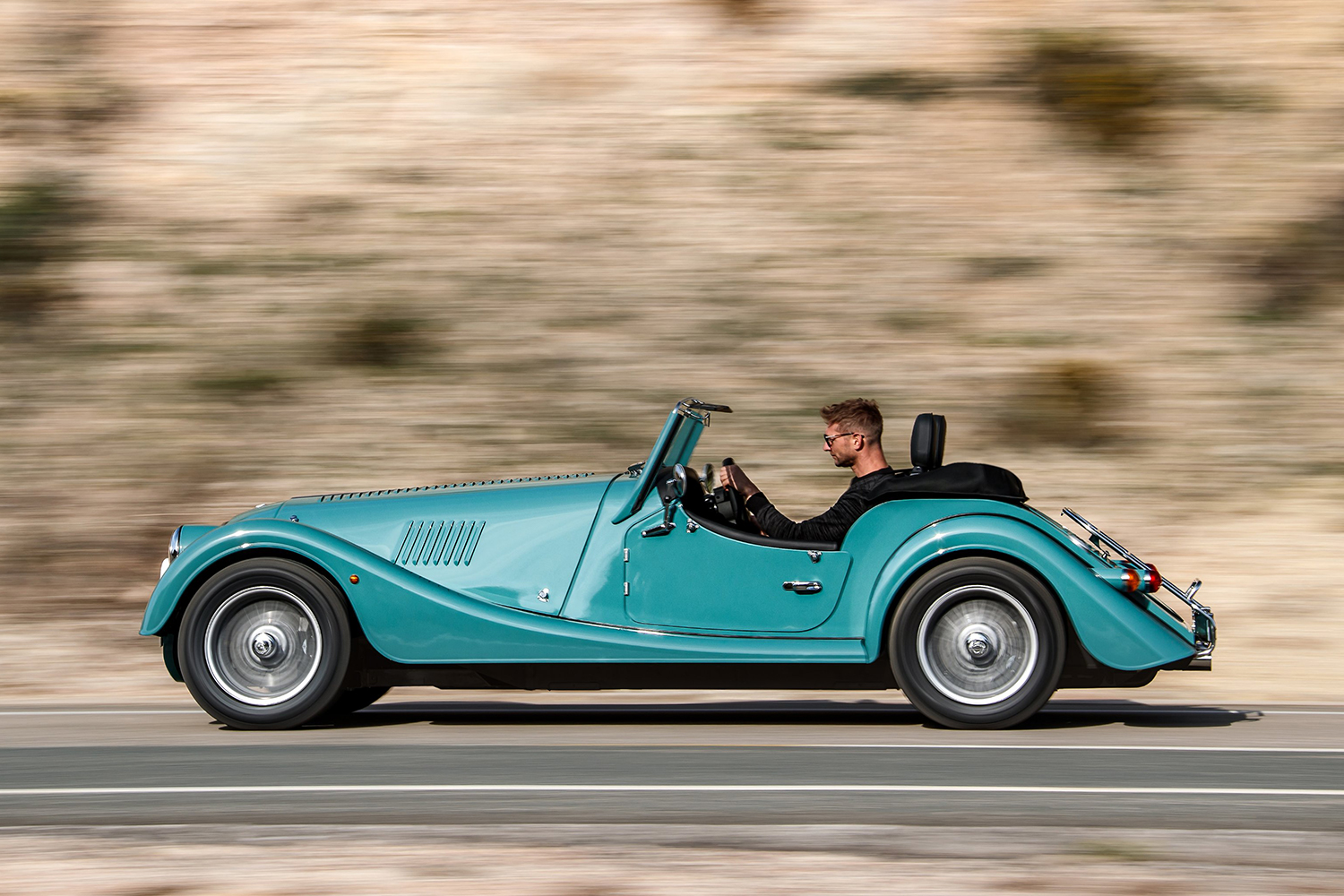 At the 2020 Geneva International Motor Show, companies from Porsche to BMW were set to unveil new models and concepts that would breathe new life into the automotive landscape … that is, until coronavirus forced the hand of the organizers and the event was canceled three days before opening to the media this week.

International motoring powerhouses have been left scrambling, but at least one new release not only took the cancelation in stride, but thrived: the all-new Morgan Motor Company Plus Four.

The redesigned roadster, which was officially unveiled Tuesday, was already slated to be a big moment for the proudly obsolete British brand. As Morgan notes in the press release, the model was first launched all the way back in 1950, and while the appearance of the Plus Four “has remained virtually unchanged” — it still looks like it could star in the car-chase scene in The Great Gatsby — a closer look reveals that “97% of its parts are all new.”

Some superfans wondered if Morgan would lose its charm after a redesign. Other insiders wondered why Morgan even bothers anymore. And then there are the auto juggernauts who don’t even register the goings-on of a manufacturer that puts out fewer than 1,000 vehicles a year. After today, that might just change.

In the wake of Geneva’s cancelation, Morgan called an audible and put their 1930s-style roadster in contention for most revolutionary release of 2020. Instead of simply shooting out a press release or doing some sort of disappointingly modern digital unveiling, Morgan took their show car — which was already in Geneva — gassed it up and road-tripped it back Malvern, Worcestershire, where the marque was founded and remains based to this day.

Morgan only has about 25K Twitter followers, so chances are you missed their real-time updates from the road, but we learned a few things about the model (and what it takes to be a Morgan owner). First off, for those who were disappointed in the automatic-only Plus Six, the new Plus Four has the option for either an eight-speed auto with paddle shifting or a six-speed manual, which was the one on display. As for space, the back can fit two overnight bags and six bottles of wine (which we assume they picked up in France). Lastly and most importantly, the snack of choice for Plus Four drivers is, uh, gummy frogs.

In an era when automotive unveilings feel more like iPhone releases and guys bemoan the absence of dynamic car design before racing over to the dealership to pick up a baked-potato-looking-ass SUV for the family, Morgan is happy to say to hell with sensibility and convention. Is the Plus Four practical? No! Is it advisable to drive a show car across multiple countries while live tweeting without planning ahead? Not a chance! But now all the drivers they passed on the way are Googling to find out if there’s a new season of Downton Abbey coming out, and drivers who never considered themselves old-fashioned might just consider picking up the most classic new car on the market.

The one thing the Morgan team didn’t reveal on the road trip was any significant look at the design. Thankfully it hasn’t undergone any drastic visual updating, but pretty much everything else has been rethought — even the name, which has gone from the Plus 4 (or +4) to the Plus Four, spelled out. The most significant engineering upgrades include a new bonded aluminum platform (which debuted in the Plus Six and takes the place of the classic steel ladder frame) and the turbocharged two-liter, four-cylinder BMW engine, a first for Morgan, as is the aforementioned choice of transmissions. One thing it keeps are plenty of ash-wood styling details — because yes, these cars are partly built from wood.

For drivers in the U.S., none of this would matter much if getting a new Morgan weren’t easy, which for many years it hasn’t been. But according to Autoblog, the British marque is working on bringing new models Stateside. A Morgan spokesperson told the website they’re hoping to bring in the Plus Six “this year” and the Plus Four “within the next 12 months.”