Inlcluding our personal favorite loops, brunch spots and breweries for each

Restaurants and sports arenas may be back in business, but international travel still poses a big question mark. As the U.S. Department of State puts it, “Global COVID-19 conditions are dynamic,” with some foreign visitors faring just fine, as others encounter unexpected testing requirements, travel restrictions and quarantines. It’s little wonder many of us plan on holding out until far-flung travel feels safer and more predictable.

Discounting 2020, an anomaly in almost every way, there’s never been a better time to stay domestic and make some headway on your bucket list. For runners, this opportunity is especially appealing; you could spend a lifetime exploring all of the highly-touted trail networks on U.S. soil and barely even scratch the surface.

To get your gears turning before you start planning a trip, here’s a compendium of five running hotspots that would make an enviable summer vacation for any type of runner — whether you’re an ultrarunner seeking extreme vert, a marathoner prepping for a fall campaign, a cross-country or track athlete laying a foundation for the year ahead, or just a recreational jogger craving a change of scenery. For each destination, I’ve included tips from insiders about where to run, refuel and grab whatever gear you left at home. These destinations represent just a tiny (and well-known) fraction of your options, so consider it more of a launchpad than a shortlist.

Of all the cities in the U.S., Boulder, Colorado, may be the most synonymous with distance running. It’s where legions of champions have chosen to cut their teeth — from Frank Shorter and Uta Pippig to Scott Jurek and Emma Coburn — and it’s also home to the legendary CU Buffs cross-country program and a handful of professional groups. With an elevation of 5,328’ and easy access to much higher training grounds, it’s high enough to reap all the benefits of altitude, but not so high that quality workouts are impossible (once you acclimate, of course). That, combined with the extensive trail system, year-round sunshine, casual college town vibe and proximity to Denver International Airport, makes Boulder a must-visit for anyone who loves running. As a pro marathoner who has lived in Boulder for the last five years, here’s where I point visitors:

If any city can give Boulder a run for its money, it’s Flagstaff, the Northern Arizona mountain town that in the last decade has become a hub for pro and recreational runners alike. Not only is it a home base for groups like NAZ Elite and Dark Sky Distance, plus individuals like Sara Hall and Molly Seidel, its inclusive club culture and weekly bagel runs render it just as welcoming to more casual runners. There’s a reason that Flagstaff attracts so many athletes, both as permanent residents and for temporary training stints; its trail network is touted as one of the best in the world, and its nearly 7,000’ of elevation does wonders for those willing to put in the work. As a bonus, Sedona (at just 4,350’ above sea level) is less than an hour away by car, so you never have to get too far from race-specific paces or warmer weather when you want it. Matt Llano, a Dark Sky Distance pro, coach and realtor, offers this must-do list for Flagstaff guests:

Not too long ago, Bend, Oregon was a well-kept secret, beloved by athletes in the know but not hugely popular outside the area. Not so anymore! The population of Bend has been steadily rising, with a strong community of endurance athletes growing right with it. At 3,623’ of elevation, it’s the lowest “altitude spot” on this list (if you can call it that), and therefore more conducive to shorter training trips than some higher alternatives. But even if you have several weeks at your disposal, it’s a worthy running destination any way you cut it; situated on the Deschutes River in a high desert landscape, with lakes, mountains, caves, volcanoes and seemingly endless multi-use trails, it’s the stuff of any outdoorsman’s dreams. Plus: its hopping beer scene, abundant options for coffee and food and sunnier climate than much of the rest of Oregon make Bend a desirable destination for just about anyone. Carrie Mack, a marathoner representing Littlewing Athletics, suggests the following for travelers headed to Bend:

Running is probably not the first thing that comes to mind when people think of Austin, Texas. Longhorns football, Austin City Limits and Franklin Barbecue — sure. But the running? Surprisingly great! Austin is hillier, quirkier and more outdoorsy than most other big cities in the Lone Star State, and it has a nicer infrastructure for running, too. A highly-trafficked loop around Lady Bird Lake, a handful of greenbelts and meandering trails just outside the city make it an appealing option for those wanting a vacation that combines running with a lot of culture, a serious food game, and no altitude acclimation required. The Texas heat is no joke though, so plan to get your workouts in early and spend the rest of the day exploring your surroundings. Mitch Ammons, an Austin-based track and road runner, shares these insider tips for out-of-towners:

It’s a challenge to get to and an even bigger challenge to run in, but Mammoth Lakes, California (elevation 7,881’) is well worth the effort for a summer training stint. Although a small mountain town, it has become a distance running mecca in the last two decades, with the Mammoth Track Club churning out 14 Olympians, 64 National Champions, and 29 American records to date — including Olympic medalist Deena Kastor, who still lives with her family in Mammoth. Beyond its rich running legacy, the natural beauty of Mammoth Lakes (crystal-clear lakes, dense forests and stunning mountain vistas) is hard to beat. There are plenty of running options near town, and even more if you’re willing to drive out a bit. Bishop, for example, sits much lower at 4,150’ and is just a 45-minute drive away. Here are some personal favorites from the summer I spent training in Mammoth: 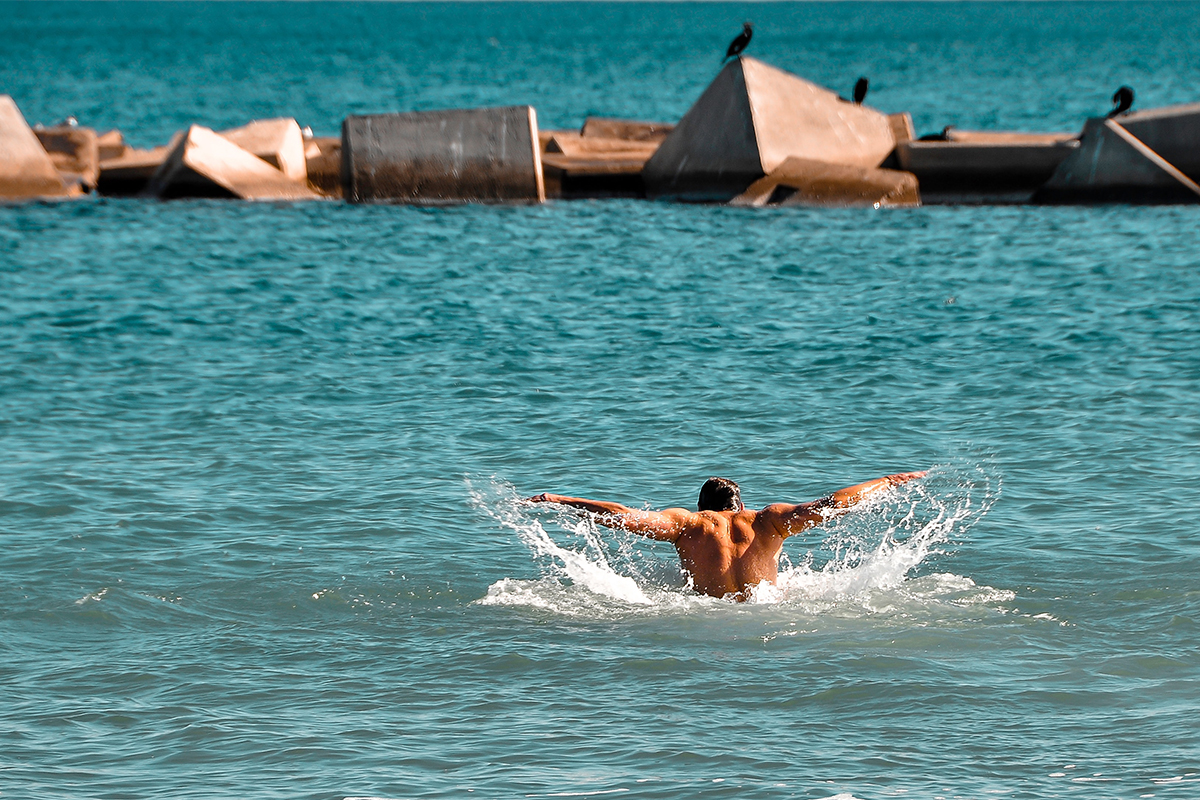 The Ironman’s Guide to Ocean Swimming 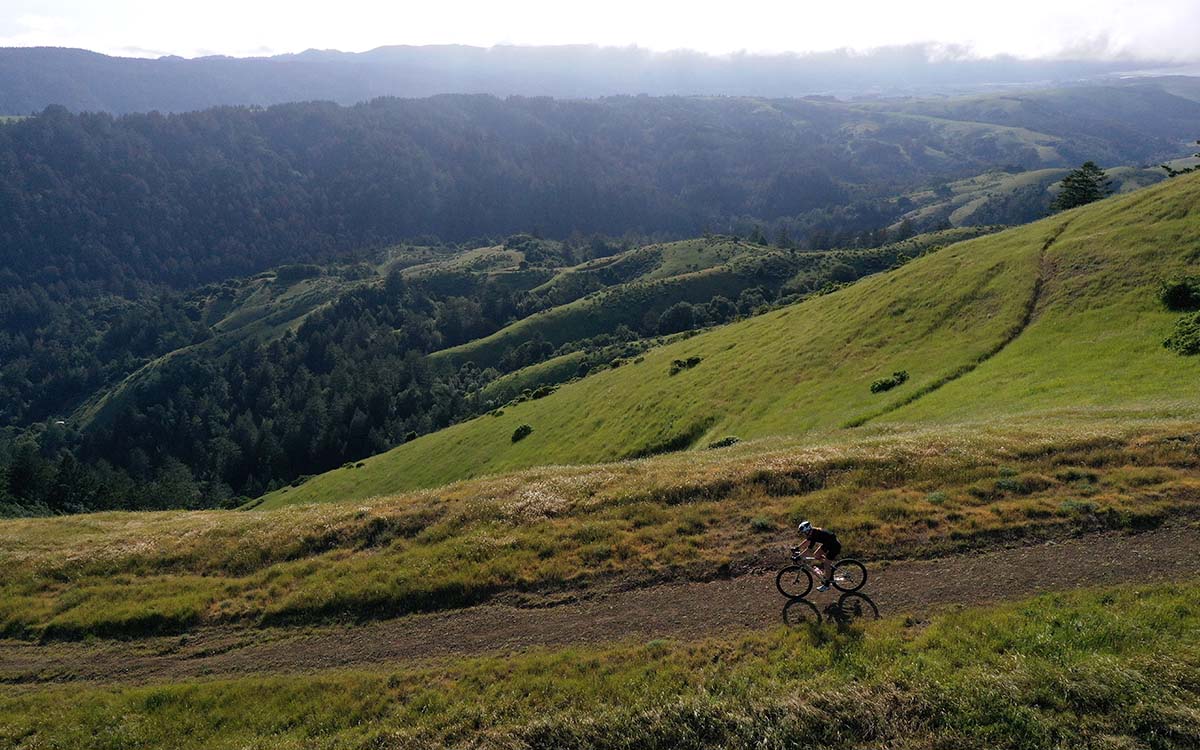 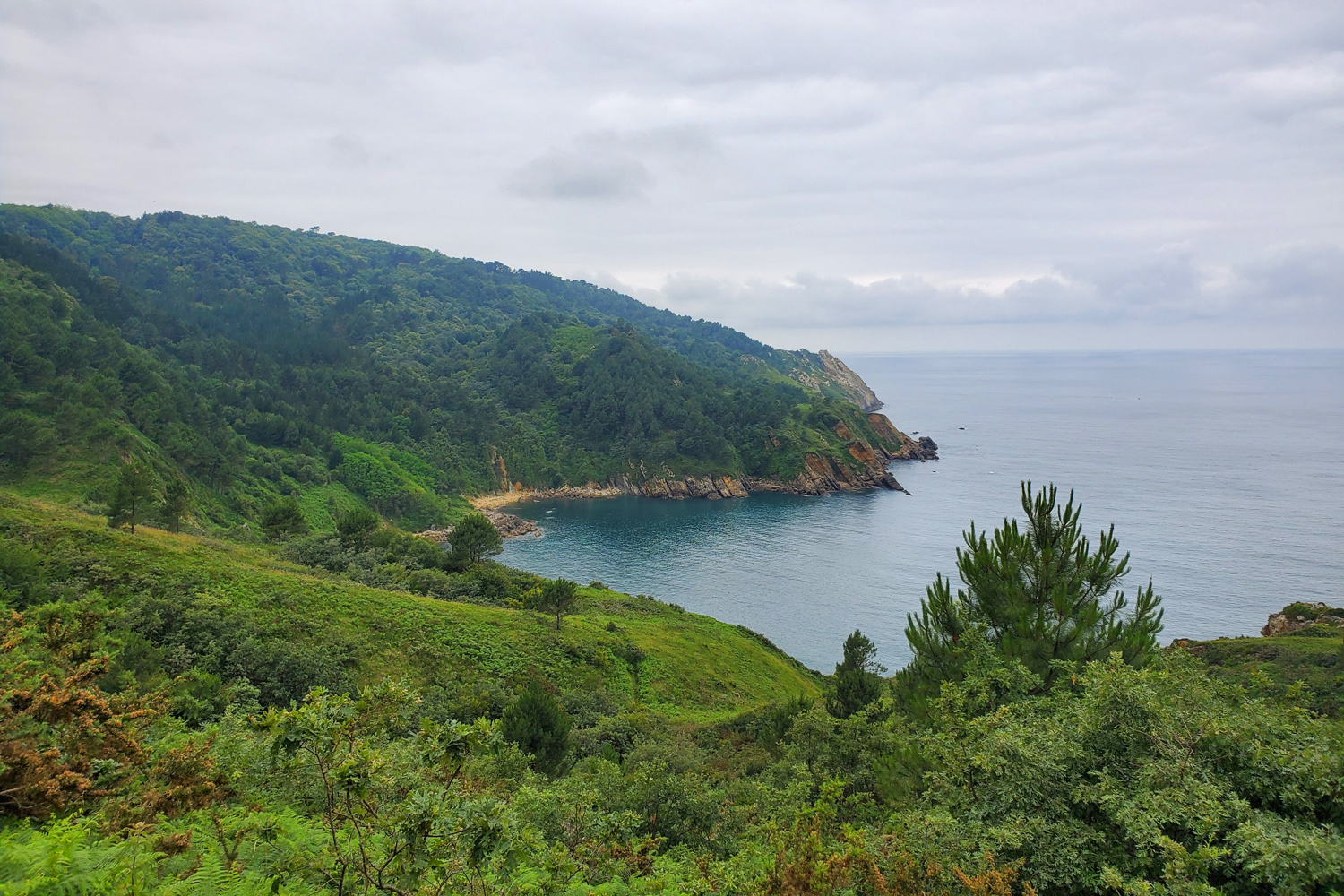 On the Physical and Mental Health Benefits of Trekking