It’s Not Too Late: A Brief Guide to Fall Camping Near Chicago

Perhaps watching the legions of geese fertilizing Lincoln Park isn’t the nature getaway you’re looking for this fall. Don’t give up completely, though: soon it will be too cold to walk your dog without donning six layers, which means right about now is your last chance to plan one final retreat to the out-of-doors this year.

Theresa Salus, outdoor program market manager for REI’s sprawling new Chicago flagship, recommends several regional camping destinations to visit this upcoming season — along with the gear to pack so you don’t get caught with your proverbial pants down.

There’s no need to go full Lewis and Clark adventure, because the call of the wild awaits just 30 minutes outside the Loop. Cook County’s Forrest Preserves have five public campgrounds with everything from basic tent sites to RV sites to small and large cabins, with yup, bathrooms. Salus’s favorite is Bull Frog Lake in Palos Preserves. “Not only do you have the campgrounds, but there’s 24-hour staff onsite. You also have the amenities of the forest preserve around you — hiking, mountain biking, boating right there.”

Further out, Salus recommends Starved Rock, which is located in North Central Illinois. Although it’s competitive to reserve a campsite, it’s one of Illinois’s best outdoor attractions. Explore 13 miles of trails that trace the Illinois River, where you can fish, boat and take in the views to inspire your inner Walt Whitman. No need to leave the comforts of civility, as award-winning lodging and family activities are offered as well.

On the south shore is Indiana Dunes National Park — the newest of its kind in all 50 states. Meander through the dunes, oak savannas, swamps, bogs, marshes, prairies and other terrain that comprise this mythical land. Angle a steelhead out of the Calumet River, or bike, camp, fish and boat.

For a more rugged expedition, hike it up to Devil’s Lake in Wisconsin. It’s the only climbing destination within a six-hour radius of the city, and you can choose from several campgrounds, including one designated for RVs.

Whether planning an exploration fit for Teddy Roosevelt or just a local birdwatching excursion, you’re going to need some gear.

If you’re going camping with a group, don’t be left out in the cold with a small tent. “You don’t want to be packed-in like sardines. You want room for your gear, for your clothes, your bag. So look for a tent that’s one size up from the number of people you’re camping with,” says Theresa. REI tents cover the gamut, whatever the group size.

For dining in the woods, Salus recommends a Primus two-burner stove, a pot set and utensils for cooking. If you’re not going completely off the grid, you should also try Gold Zero’s line of solar portable chargers and generators. Theresa also praises LuminAID, an expandable solar power light source.

If you’ve never put up a tent, don’t try it for the first time in the wild — instead, take one of the numerous courses offered at Chicago’s REI flagship. “REI is the largest outdoor experience provider and educator in the United States,” says Salus. Or reserve a spot in one of their guided and instructed experiences.

And remember: take only photos, leave only footprints. 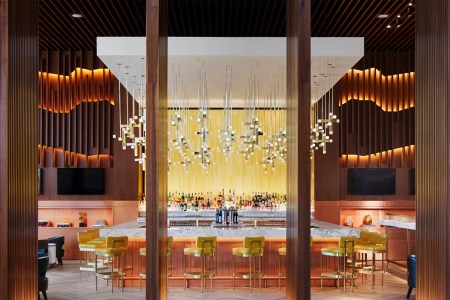