Inside Secret Chinese Warehouse Where Millions Are Earned From Bitcoin

Bitcoin mining hardware is displayed at a Bitcoin conference on at the Javits Center April 7, 2014 in New York City. Topics included market places to trade bitcoin, mining hardware to harvest bitcoins and digital wallets to store bitcoins. Bitcoin is one of the most popular of over one hundred digital currencies that have recently come into popularity. (Andrew Burton/Getty Images)
By Matthew Reitman 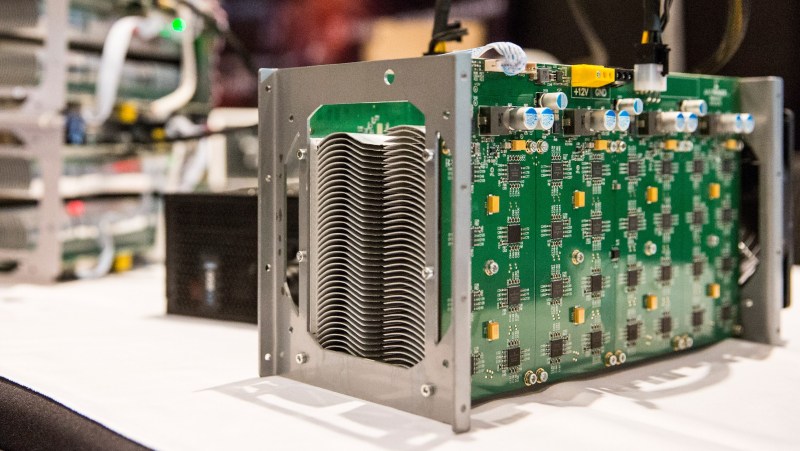 In China, there are warehouses filled end-to-end with rows of servers and fans that continously “mine” bitcoins, a process that nets its owners $1.5 million per month as of 2015. Since Bitcoin operates as a peer-to-peer network, each currency holder is essentially a tiny fraction of the bank of Bitcoin. Unlike regular currency disseminated by a government’s choosing, bitcoins are generated by users solving math problems with software in exchange for the currency. This self-regulated process of issuing the cryptocurrency, referred to as “mining,” is designed to incentivize miners. Depending on the size of the network, the mining software changes the difficulty of the math problem.

Initially, miners simply used their normal computers for such tasks. However, they soon realized there were more advanced computers that could solve more math problems more quickly. Naturally, this trend proliferated until the warehouses described above emerged. As a result of these mining centers, about 70% of Bitcoin transactions are done through just four companies, all of which are Chinese. Nathaniel Popper investigated one of these mines for the New York Times. Read his full story here, or listen to him talk about it on NPR’s “Planet Money” above. Want to see a mining warehouse for yourself? Watch the short documentary below.