At Chicago's Rohner Press, The Business Card Is Alive and Well 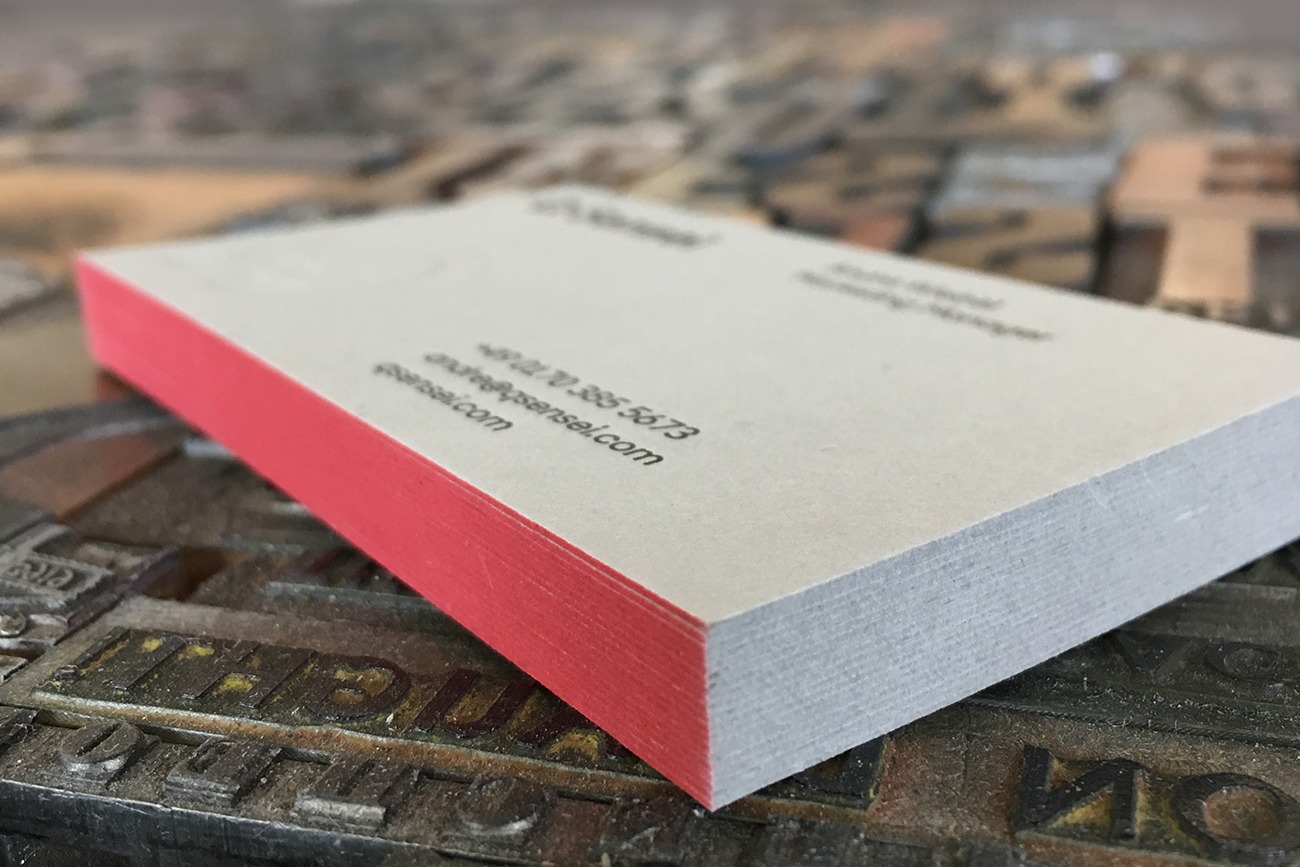 If you look at those grooves and immediately want to run you fingers across them, you get it
Rhoner Press
By Thomas Connors / March 10, 2020 4:55 am

Just like Kindle never killed the printed book, LinkedIn has yet to render the business card obsolete. In fact, we would argue that the business card’s stated purpose — sharing your vitals with a new contact while functioning as a physical representation of you or your brand’s excellent taste — is more effective now than ever precisely because it’s no longer compulsory. Standing out from the crowd is a tall task in 2020, and peeling a smart, sturdy business card out of your wallet will help you achieve it.

But if you’re going to embrace the role (of the deliberately antiquated, timelessly styled business type), you need to fully commit, by abiding the only style of printing that matters: letterpress.

“I think what really attracts people to the process is that it really stands out, and there’s the historical element which is cool, too,” suggests Bruno Rohner, whose eponymous Chicago press has printed cards for everyone from lawyers and financial institutions to architects and restaurants over the years. That process — invented by the Chinese and hacked by Gutenberg — is a matter of pressing a raised, inked plate against paper. The result is a highly tactile product with an eye-catching depth you just won’t find in other printing methods.

A self-professed gearhead who compares his vintage presses to classic muscle cars, Rohner is both an artisan and a mechanic. “The only thing that’s electric is the engine that drives the machine. Everything else is manual. You really do need to understand the mechanical functions of the machines.”

Up through the 20th century, letterpress operators employed type made from wood or lead. While some young printers with a taste for the old ways still do, Rohner uses light sensitive polymer on a metal plate to create the raised letters or designs that are inked and pressed into the paper.

Rohner’s father learned the letterpress trade in his native Switzerland, but switched to the more modern offset process when he launched his own company here.

“When I started my business he was little confused as to why I would want to go backwards in time,” says Bruno. “And I caught a lot of heat from the older guys in the industry when I said I’m not using metal type. I actually had a promotion that said ‘Lead is Dead.’ The community was not happy with that. But metal type was too limited. And not using it gave the design community more power to create what they wanted, versus me telling them what they could create.”

Interestingly, the quality of depth people appreciate in letterpress cards was a complete no-no back in the day. “Letterpress was never intended to be what it is today. It morphed into this dimensional style of printing,” explains Rohner.  “The press was always meant to just kiss the sheet of paper. When I was showing my dad some of the jobs we were doing, he said, ‘They would have fired me if I printed like this.’”

Even a simple, logo-less business card  — nothing more than black ink on white paper — catches attention when done by letterpress.  “It’’s a hell of a way — no pun intended — to make an impression,” says Rohner. “A marketing budget item rather than just a general office expense.”

To request a quote, visit rohnerpress.com.