Nacho Figueras: The Last of the Famous International Playboys

Polo star, former Ralph Lauren model, romance novel inspiration: A night with the most interesting guy in the world 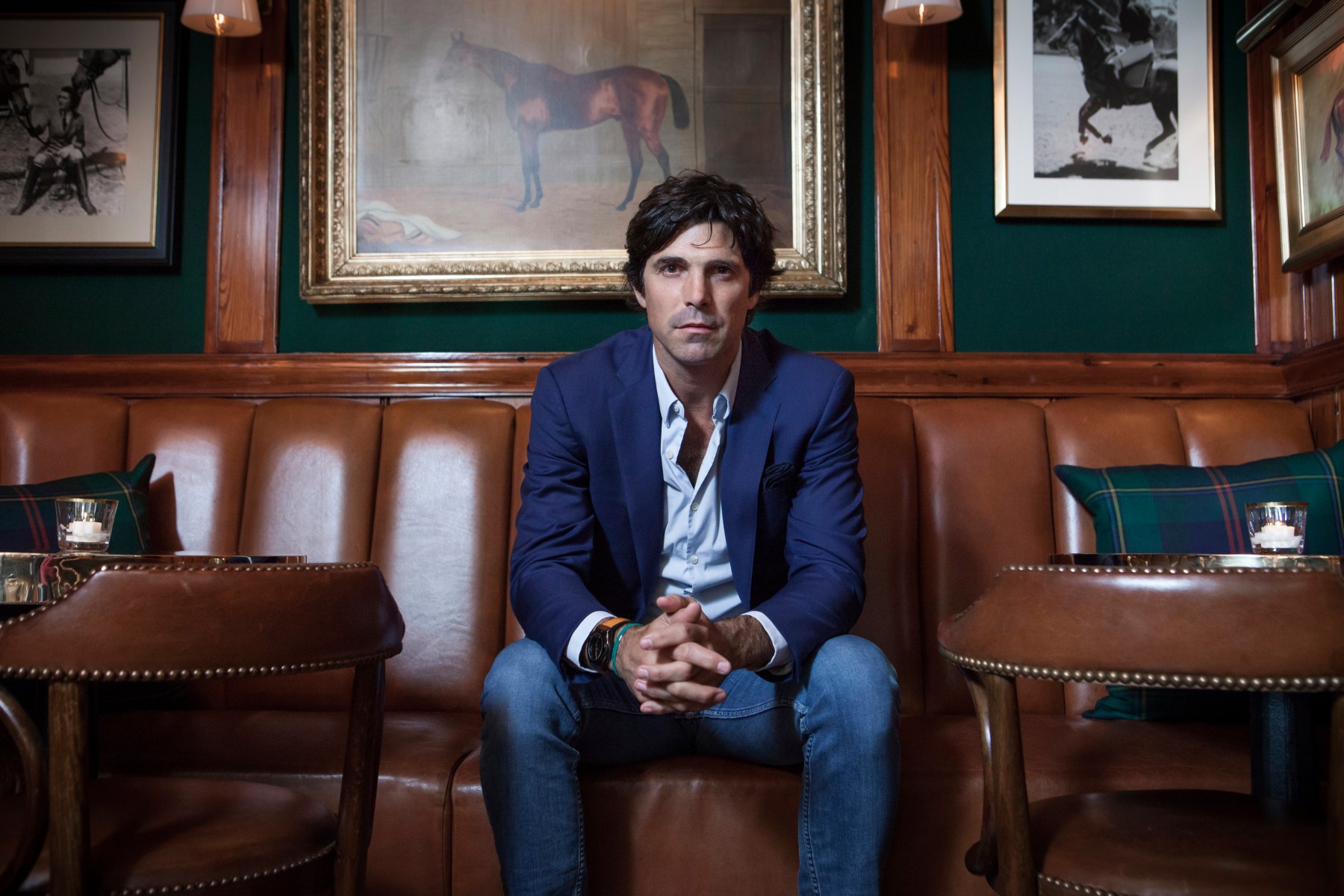 The Polo Bar in Midtown Manhattan is the sort of place where you see a lot of beautiful, possibly famous faces. But on a recent weeknight in late May, there was one guy tucked into a honeyed leather banquette, seemingly immune to the many glances coming from nearby diners. Even in the flatteringly warm light of the Polo Bar, his warm tan stood out amongst the New Yorkers who had just recently ventured outside after a long winter – it was hard not to glance at him.  It was a man with a face you’ve definitely seen, but whose name you couldn’t place no matter how hard you try.

You’d be forgiven if you don’t know it’s Nacho Figueras. The 42-year-old Argentinian is best-known in the U.S. for lending his steely good looks to Ralph Lauren Black Label and Polo ads, and maybe not so much for his deft maneuvers on the polo field, where he boasts a six-goal handicap, which places him in the top 100 active players. Polo, of course, hasn’t found a huge fanbase in the U.S., but Figueras, with his old-school charm, has made it his mission to shine a light on a sport that seems elusive and elitist to many.

But if that doesn’t end up working out, the fanbase for his romance novel series, The Polo Season, seems to be growing.

“Today I walked out of my hotel and a guy wanted me to sign a copy of the book,” he tells InsideHook. “I was surprised to say the least. That does not happen.”

The 2016 trio of books he’s talking about was based on Figueras, his wife Delfina Blaquier and polo. Figueras didn’t actually write the books, nor did the author cited on the front of the books, Jessica Whitman. Whitman is a pseudonym chosen to represent a group of ghost writers who observed Nacho and his wife Delfina, a fellow Argentinian and horse lover, for inspiration.

The series went the way those things do: his name certainly brought attention, and if that’s your niche, the books have a fair 3.5 stars on Amazon. Little critique came Figueras’s way despite the self-promotional nature of the project, or its varied reviews. He reflects on that open-and-closed chapter by saying “I did write a book, and that was that,” with a laugh.

But the dabble into the literary world is just part of the story. Figueras is always looking for new ways to occupy his time.

Last year, for instance, he founded a design firm called Figueras Design Group, spurred by the completion of his striking stable in Argentina with the architect Juan Ignacio Ramos (the project made the cover of Architectural Digest). He tells InsideHook he also paints in his free time, and past photo tours of his home in Argentina show his colorful abstract canvases hung proudly over fireplaces. Despite the classic all–American look associated with Figueras thanks to Ralph Lauren and his sport’s dress code, he’s is not afraid to branch out, saying he “loves modernism in all aspects of design” and that future projects with FDG will reflect that.

Each year, the entire Figueras clan — Nacho, Delfina and their four children, who cutely go by the tag #wearefigueras on Instagram — do stints in Argentina, Australia, the Hamptons, Florida, California and Aspen between trips all over the world. “Home is Argentina, but we spend just five or six months a year there,” Figueras, who is in New York City for the annual Veuve Clicquot Polo Classic. He notes that the whole family follows his work-travel schedule. “I couldn’t do it any other way. I would be away from them too much.”

The couple have made something of a personal brand out of their jetset lifestyle, well documented by Delfina on social media and an accompanying blog. Delfina, a former athlete and photographer, has also become a co-founder of equestrian-inspired clothing brand ÀCheval Pampa and brought Nacho on as a partner and brand ambassador as well.

Figueras, whose contracted partnership with Ralph Lauren ended amicably in December of 2018 after eighteen years, has a little more time on his hands these days to devote to creative projects like Àcheval Pampa. He says that right now, he’s enjoying “following his wife around, keeping her company,” as she works on the Àcheval Pampa designs, but that he also has a new project in the works of his own — a cologne.

“I’ve been doing these fragrance campaigns with Ralph Lauren for a very long time now, and I’ve been wanting to tell my own story and make my own,” he says, adding “I feel like now is my moment.” The scent, which will be for men originally but might expand from there, will be “sophisticated and subtle.”

Recently, he’s been hounded for his friendship with Prince Harry, with whom he’s played in many charity polo cups. When we meet, he’s just back from playing in the Prince’s Sentebale Polo Cup in Rome, a match set up to benefit young people affected by HIV in Lesotho and Botswana. While Figueras has historically been quite tight-lipped about the Prince, his name has been in the press more and more of late as he tells reporters what a great father he thinks his friend Prince Harry will be, or shares snaps of the duo on his own Instagram.

With the never-ending stream of royal fanfare in the news, Nacho’s friendship alone is enough to keep him on the collective radar of a country not that interested in polo. But what he’s proven again and again through his far-flung creative pursuits is that one angle — Ralph Lauren clad heartthrob, BFF to a prince, expert mallet wacker — isn’t enough. And who knows: maybe, just maybe, Nacho’s polo prowess will bring some new fans to the sidelines of actual polo matches. But regardless of the growth of the sport in the States, one thing is for sure: Figueras and his ever-growing repertoire of talents will remain America’s favorite polo player.