The USWNT Is Out to Prove Something. But What? 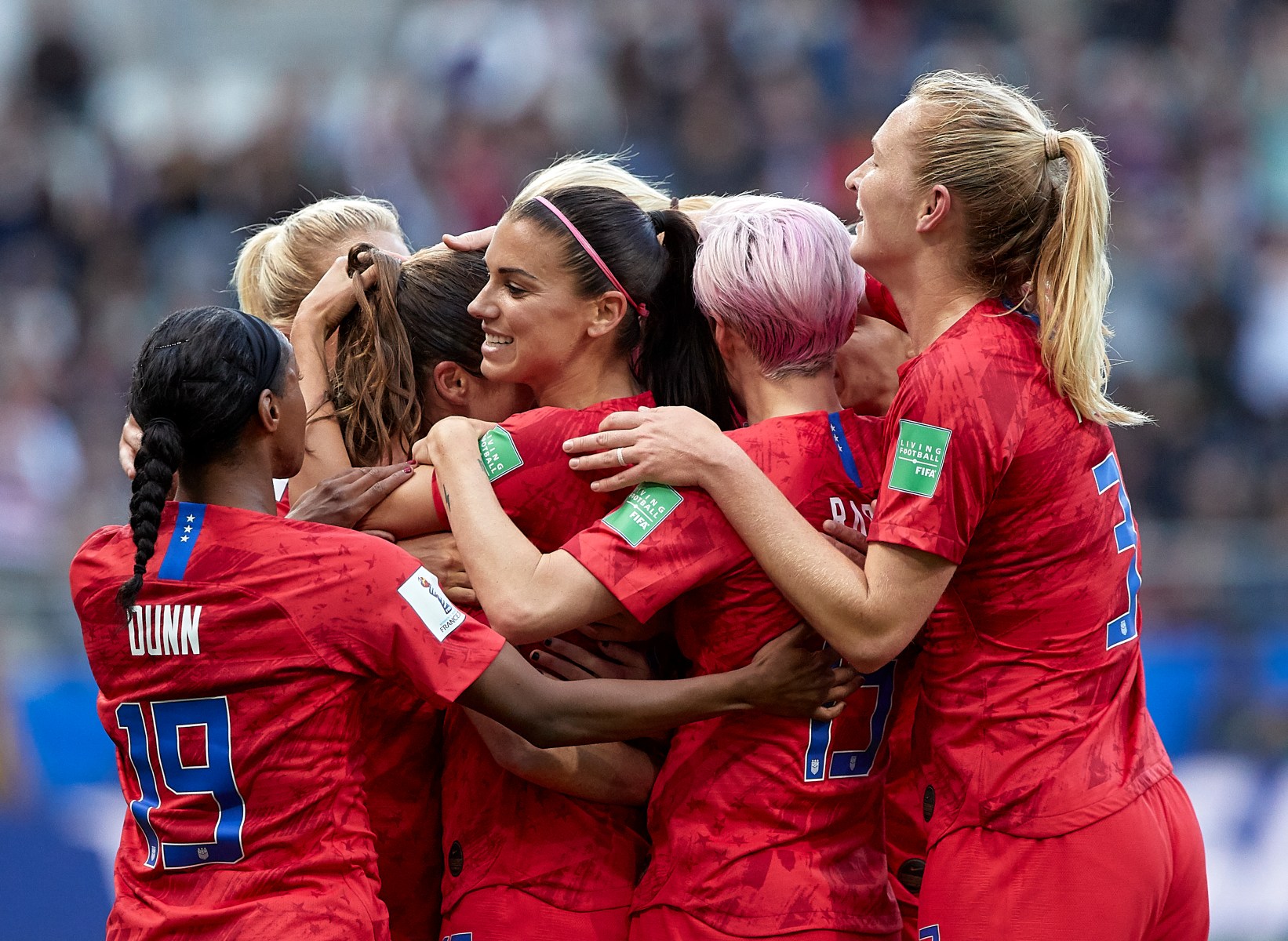 The USWNT celebrates one of the 13 goals it scored against Thailand.
Quality Sport Images/Getty
By Walker Loetscher / June 11, 2019 9:05 pm

The game, which took place at the Stade Auguste-Delaune in Reims, France, was one-way traffic from the outset, with U.S. captain Alex Morgan hammering home an unmarked header in the 12th minute after having a goal taken away for offside seven minutes earlier. From there, the floodgates burst open. The Stars and Stripes charged forward in waves, twice being denied a penalty while adding two more goals before halftime — one a long strike from attacking midfielder Rose Lavelle, the second slammed in by Lindsey Horan following a scramble at the goalmouth.

Entering the locker room with 15 shots to Thailand’s 1 and 73 percent of the total possession, one might have expected the U.S. to come out for the second half looking to control the game and see things out at a canter. They did anything but.

Morgan scored four more, to equal a U.S. record for goals in a single game previously held by Michelle Akers. Lavelle added a second. Midfielder Sam Mewis scored twice in quick succession. Megan Rapinoe stroked home a goal, and fellow U.S. legend Carli Lloyd came on as a substitute and bagged hers. Another sub — teenager Mallory Pugh — scored as well. The final whistle came before a white flag could, the scoreboard lit up with a new World Cup record for margin of victory: 13-0, besting the 11-0 score by which Germany beat Argentina at the 2007 tournament.

And yet this victory, for all its highs, did not feel like a spectacle to be revered.

Somewhere between the fifth and tenth goals that the U.S. Women’s National Team registered, the onslaught felt excessive. There is truth in the notion that by playing conservatively to protect a lead, a soccer team can often make itself vulnerable. But with the gulf in class between the teams so evident, that was not the case here. Some celebrations were choreographed; most ran on for 10 or 15 seconds too long, to the point that it became uncomfortable to watch the Thai players — who surely, at this point, just wanted to get off the pitch with a shred of dignity intact — stand idly around the center circle waiting for their tormentors to restart the match.

After the game, members of the Fox Soccer studio team trotted out the same tired platitudes and buzzwords we always hear in situations like this: It would be “disrespectful” for the U.S. to “let up” on their opponents. The Thai players “deserved” to know what it’s like to play a truly elite team, having made it this far. The U.S. showed the “mentality of a champion.” Etc.

Whether we, as spectators, subscribe to that rhetoric is beside the point. The World Cup — like the Olympics — is a competition meant not only to crown a champion, but also to engender goodwill among the many and diverse fans who partake of it, whether in the stadium or on a television set thousand of miles away. And every team — especially a high-profile one from a high-profile country, like ours — is an advertisement for the country it represents on a global stage. And as has been the case with certain members of our Olympic teams in the past, the U.S. team today, for all its undeniable talent and ruthless efficiency, seemed a little too satisfied with its superiority over an opponent who no one ever expected to run it close. They seemed, in a word, like bullies.

Winning was always going to be the primary goal for the U.S. this summer in France. How can it not be, for a squad of pioneering women who enter this tournament embroiled in a lawsuit with their own federation for the right to equal pay? This is a group of athletes with aspirations that reach far beyond the pitch, and a certain level of pressure and expectation comes with that. Maybe the celebrations here — and the volume of the performance — were a reflection of those stakes. Maybe this team, on its return to the internationally televised stage it so deserves but does not often enough enjoy, wanted to remind its audience that they, like any all-star team, are worth the price of admission.

But acquitting themselves with grace should be secondary to that goal, especially in an era when it has perhaps ceased to be the defining American quality it once was.