Robert Kraft Made a Mistake. He Should Admit It and Pay the Price

If Kraft doesn't come clean, his name will only become filthier.

For most of the past two decades, the Patriot Way has boiled down to one thing: winning.

But, following the much-publicized news that he has been charged with two counts of soliciting prostitution in connection with a massive human-trafficking sting operation in Florida, New England Patriots owner Robert Kraft should swallow his pride and willingly take a loss.

Kraft, who could face a maximum of one year in jail, a $5,000 fine and 100 hours of mandatory community service if convicted of the first-degree misdemeanors, immediately declared his innocence on Friday when news of the charges broke.

“We categorically deny that Mr. Kraft engaged in any illegal activity,” a spokesman for the 77-year-old billionaire said. “Because it is a judicial matter, we will not be commenting further.” 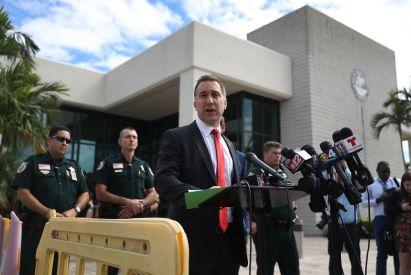 That staunch denial flies in the face of the evidence authorities claim they have of Kraft violating the law during two visits to the Orchids of Asia Day Spa in Jupiter, as Palm Beach County State Attorney Dave Aronberg detailed earlier this week.

Authorities allege Kraft went to the Orchids of Asia spa on back-to-back days in January and received a massage and sexual favors on both occasions, paying in cash each time. (For the R-rated version of the visits, head here.)

Both visits were captured by hidden cameras set up as part of the sting investigation. “The documents speak for themselves,” Aronberg said. “Video evidence is always very powerful in a court of law.”

As we’ve seen in NFL-related crime cases that had videos attached (Ray Rice and Kareem Hunt for example), it’s also very powerful in the court of public opinion.

If Kraft doesn’t fight the charges, perhaps those videos will never see the light of day. If he does- as it appears he is poised to do – those videos will almost surely become public and hit the internet, an occurrence which will do much more harm to Kraft and his brand than two misdemeanor charges.

Another advantage of Kraft taking his medicine and copping to the charge is that his name will no longer be in the same sentence or headline with the phrase “human trafficking.”

While Aronberg said there’s no indication Kraft or any of the rest of the johns who were nabbed in the sting engaged in human trafficking or knew the extent of what the spa was into, continuing to be associated with the “modern-day slavery” that was taking part in Jupiter is a bad look. 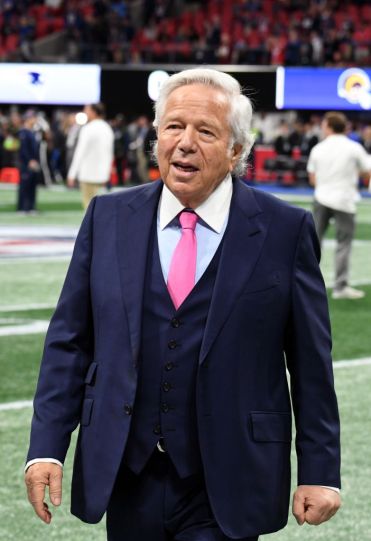 And, until they are given a reason not to, it’s an association that prosecutors and law enforcement will likely continue to want to make because Kraft’s solicitation charges have brought attention to a much bigger problem.

“It’s about time the country has a real conversation about human trafficking, which is modern-day slavery in our midst,” Aronberg said. “It’s not about lonely old men or victimless crimes. This is about enabling a network of criminals to traffic women into our country for forced labor and sex. The larger picture, which we must all confront, is the cold reality that many prostitutes in cases like this are victims, often lured into this country with promises of a better life, only to be forced to live and work in a sweatshop or a brothel, performing sex acts for strangers.”

It’s a heavy issue – and one Kraft has been associated with in the past, albeit for entirely different reasons.

In 2015, Kraft gave $1.6 million to various charities related to domestic violence and sexual exploitation via the New England Patriots Charitable Foundation. My Life My Choice, a Boston-based group dedicated to empowering the victims of human trafficking and child sexual exploitation, specifically received $100,000 as part of the larger donation from Kraft.

Now, thanks to his actions, Kraft is negatively associated with human trafficking and, if fights his soliciting charge that will only continue to be the case.

The lawyer Kraft has hired, ostensibly to fight the charges with, only compounds that negative association.

Along with a team that included Alan Dershowitz (O.J. Simpson’s criminal attorney) and Ken Starr (made famous in the Monica Lewinsky scandal), Goldberger was able to get off with a “sweetheart deal” that only required him to serve 13 months of an 18-month sentence after being accused of creating a cult-like network of underage girls to coerce into sex acts behind the walls of his mansion. 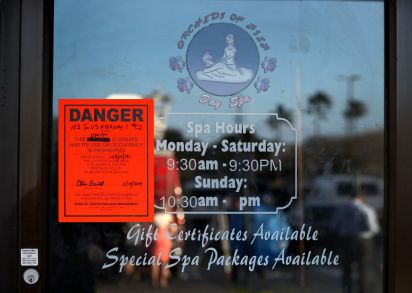 The details of Epstein’s (who is now a registered sex offender) case are sordid and New England’s owner even being mentioned in same breath as him thanks to the hiring of Goldberg is yet another horrible look – and one Kraft can prevent.

To do so, he should restrain the urge to use Goldberg to fight the charges tooth and nail the same way the Patriots and Tom Brady did during the Deflategate scandal and make a deal that allows him to admit his guilt but also resolve his legal issues through Florida’s pretrial misdemeanor diversion program

Sports Illustrated legal expert Michael McCann has the details on the program: “The program is intended for first-time, non-violent offenders and the judge will determine whether Kraft is eligible. If Kraft is deemed eligible and if he elects to participate in the program, he must accept responsibility for his acts. He would also make restitution, such as through community service or paying a fine. Upon completion of the program, the charges against Kraft would be dismissed.”

Resolving the case in this manner would almost certainly earn Kraft some sort of suspension from the NFL, but it would also decrease the chances of the videos coming out, ensure Kraft doesn’t serve jail time, and, most importantly sever his daily association with sex trafficking and convicted perverts like Epstein.

If he is truly innocent of going to the Orchids of Asia Day Spa and paying for sex acts – and can prove it – Kraft should fight to clear his name.

If he isn’t, Kraft’s best move at this point is to accept his punishment as well as the dirt that’s already been heaped on his name before his legal battle becomes a muddled, muddy mess.

In life, as in football, sometimes it’s best to take a knee, accept a loss and live to fight another day.