The Carolina Panthers hired Tish Guerin as their director of player wellness in September.

TAMPA, FL - DEC 02: Christian McCaffrey (22) of the Panthers carries the ball during the regular season game between the Carolina Panthers and the Tampa Bay Buccaneers on December 02, 2018 at Raymond James Stadium in Tampa, Florida. (Photo by Cliff Welch/Icon Sportswire via Getty Images)
By Evan Bleier @itishowitis

As NFL training camps were gearing up in August, the all-time receiving leader for the Carolina Panthers, Steve Smith, wrote an essay detailing the way his battle with depression left him “trapped, inferior and alone,” no matter how many touchdowns he torched opposing defenders for.

Powerful words from a powerful man that hit home with many and did not fall on deaf ears in Carolina.

About a month after Smith shared his story, the team that made the five-time Pro Bowler the 74th overall pick in the 2001 draft made another franchise-altering pickup, by hiring mental health therapist Tish Guerin as their director of player wellness.

A Winston-Salem State University graduate with a master’s degree from the University of South Carolina, Guerin is the first in-house psychological clinician in the NFL. While it’s still a work in progress, her role is essentially to help Panthers players deal with and heal from the mental hits they incur rather than the physical ones.

Tish Guerin is the director of player wellness for the Carolina Panthers. (Tish Guerin)

When Guerin was hired with the full support of both owner David Tepper and head coach Ron Rivera, she was introduced to the entire team and her contact info was made readily available.

Available to staff and family members as well as players, Guerin is accessible on-site in her office at Bank of America Stadium as well as by text, email, and the telephone.

“Everyone knows how to contact me and when players need me they reach out,” Guerin told RealClearLife. “If they have a question or just want to shoot the breeze they know they can grab me in the cafeteria or the hallway, whenever they have time because their schedules are so rigid. That’s the benefit of having someone that is accessible full-time. If there is a need, they don’t have to for someone outside the organization to come in. They can just grab me and tell me what’s going on. It’s very easy for me to have a conversation with them.”

However, one place where Guerin doesn’t interact with the players, by her choice, is the locker room.

“That’s their space and I want to be respectful of it,” she told RCL. “I feel like the locker room is the place where they can be themselves and they don’t have to worry about anyone watching over them. That’s where they are dressing, training, or relaxing and I try to be respectful of that. There are other ways they can connect with me outside of me going in there. Since I’m here full-time, I look at that as their home. With any client, I wouldn’t just go up to their front door and go sit in their living room.”

And that’s not the only similarity Guerin’s role shares with that of a traditional therapist.

“Changing your approach because someone is a marquee player or a millionaire is the worst thing you can do as a clinician,” she said. “My approach is tailored to that person. I wanted to come into this position with no pre-conceived notions. I didn’t Google any of the players the same way I wouldn’t Google any client. I wanted to come in and really get to know them as the person, not the performer. I think that’s key in developing rapport and understanding who they are as a whole person, not just as an athlete. These people who have a job that happens to be football. Football players have issues and concerns about job and life transitions just like everyone else. It’s on a bigger platform, but a lot of the issues are the same as we all encounter.” 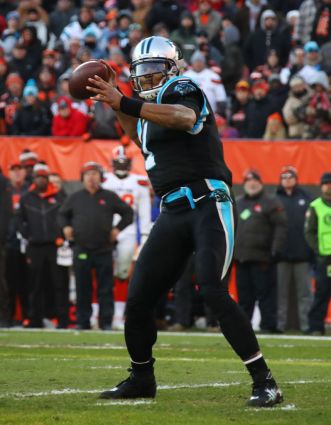 Since Guerin came aboard in September, the conversations she’s having with players have become more frequent with each passing week.

“They have warmed up,” she said. “They are recognizing what my goal is, what my purpose is. That’s not to say there are a plethora of players coming in with these super traumatic issues or anyone is beating down my door in need of serious assistance, but they are definitely recognizing what my purpose is and that I’m here to be an advocate for them. We’re building a rapport. That takes time to establish in an office, let alone in a hyper-masculine environment like pro sports.”

And, since the environment around a football team is so hyper-masculine, the organization is doing what it can to eliminate any stigma or perception of weakness that might be attached with speaking to someone like Guerin.

“Having someone the players can see every day who is a part of football operations is a huge first step in getting past the shame or stigma of mental health problems,” Guerin said. “That’s a huge first step. The other part is them just getting comfortable with who I am and knowing I’m not here to judge them and instead am here as pro-active support. Stigma is something that goes away with time. It’s not something that’s going to be brushed away in a couple weeks.”

Doing a job like the one Guerin has been hired for takes time and patience, two resources that can be in short supply in the win-now world of the NFL.

“I think it’s important to remember that we are in new territory,” she explained. “My position is something I feel is going to continue to grow. We’re changing a culture. That’s not something that’s done overnight. This is something that’s going to take time. Gaining trust, building relationships … The rookies that are here now will be veterans in four years. When players come in that year, hopefully, my role will be the norm. They won’t know any different. But it will take time for people to embrace that being the norm.” 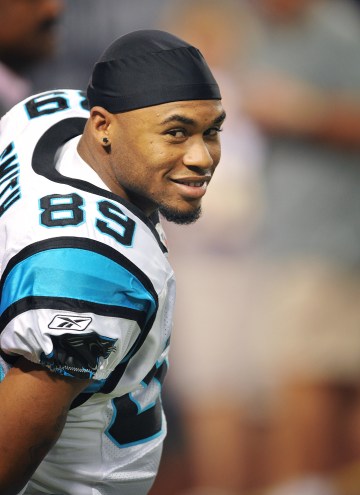 WR Steve Smith #89 of the Carolina Panthers talked openly of his struggles with depression during the 2018 preseason. (Photo by Tom Dahlin/Getty Images)
Getty Images

For that to happen in the NFL at least, word of mouth from Panthers players to their peers on other teams could be as crucial as a good downfield block on fourth and two. Based on the response she’s gotten so far, Guerin is optimistic she’ll get it.

“This a brand new position, but everyone has been very receptive,” Guerin said. “That definitely aids in me being a bit more comfortable and being able to move around. I’m meeting a lot of people within the NFL in general and that also helps. Everyone has been very supportive.”

Still working on building her clinical platform as the NFL’s regular season goes along, Guerin is working towards establishing an organizational system that will strengthen and encourage total mental wellness for players, their families, and the Panthers franchise as a whole.

“The way one player handles a loss may not be the same way another player handles a loss,” she said. “They may not want to come and process it right away. It varies from player to player, person to person. That’s where building that rapport comes into play. I’m still learning how players process wins, losses and even changes in their home lives.”

Her work may also help raise awareness about the need for mental health in the physical world of the NFL as well.

“I would hope that mental health is looked at with the same enthusiasm and seriousness as medical health. And that’s in general, not just related to football,” she said. “It’s not routine to get a mental health check-up, but it is to get an annual physical or for a woman to visit her Ob-Gyn. It’s my hope that mental health will be put at the forefront the same way medical care is both in the general population and in football.”

And, if she happens to collect a Super Bowl ring—or two—along the way, all the better.

“I do believe I would get a ring. That would be awesome. Cross my fingers for that,” Guerin said.