Browns GM John Dorsey was christened a saint for the OBJ trade, but it's Sashi Brown's team

In the wake of the Browns trading two draft picks and safety Jabrill Peppers for all-world pass-catcher and occasional net fighter Odell Beckham Jr., Cleveland general manager John Dorsey has been roundly praised for changing the fortunes of one of the NFL’s most ill-fated franchises.

The trade, which immediately bumped Cleveland’s odds to win the Super Bowl from 25-1 to 14-1 at the Westgate Las Vegas SuperBook, is the latest in a line of bold moves from Dorsey that has also included trading for Pro Bowl wide receiver Jarvis Landry and drafting undersized quarterback Baker Mayfield first overall in the 2018 NFL Draft.

Given that the Browns last played a playoff game during the second year of the George W. Bush administration, Cleveland’s status as a potential postseason contender is a huge accomplishment. 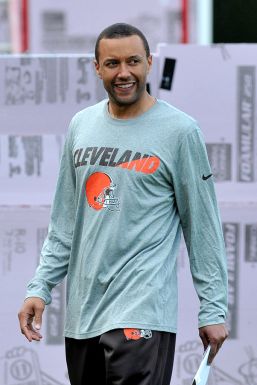 Thing is, Dorsey — who was named general manager of the Browns in December 2017 — doesn’t deserve the lion’s share of the credit.

Brown, a Harvard law grad with a heavy interest in analytics, was given control of personnel in Cleveland in January 2016, when he was appointed executive VP of football operations for the club.

With Brown leading the charge, the Browns did not do much winning, posting an abysmal 1-27 record during his tenure. But that was by design: Brown’s plan for turning the team around was to amass high draft selections by finishing at the bottom of the league as well as trading current players for future picks.

Brown’s strategy was sound, and he executed it to perfection, with an unprecedented number of picks at the franchise’s disposal heading into the 2018 draft.

Today the NFL announced the 2018 NFL draft order. The historical 2018 Browns draft commodity is UNLIKE ANYTHING we've seen in the modern era:
• The Browns have the 3rd largest war chest since at least 1970.
• It's the largest since 1991.
Thanks, Sashi https://t.co/ui285HjaFY

The only problem for Brown was that he was already out of a job by then.

While it won’t dull the pain of watching Cleveland erect a statue in Dorsey’s honor if the Browns make the playoffs this season, Brown isn’t alone in his status as a forgotten management wizard. Plenty of other sports executives — five of whom we’ve ranked below — have set their teams up for success only to be shown the door before they had a chance to see their squads achieve it. 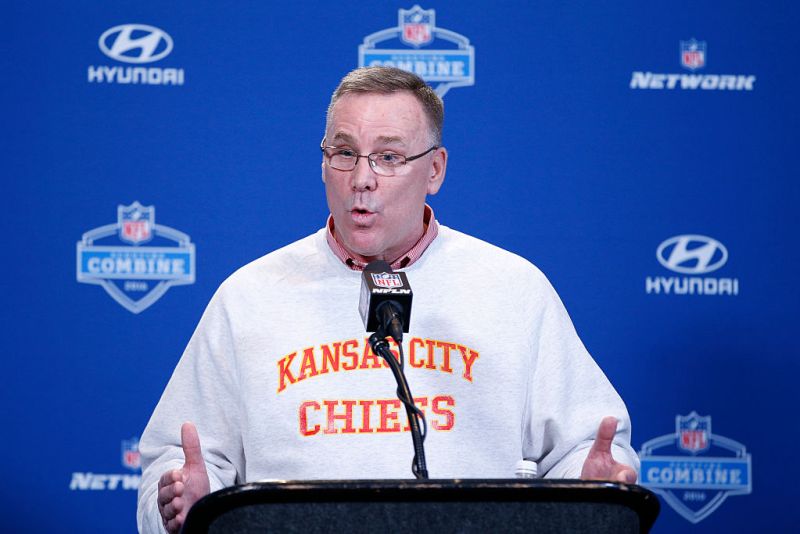 If you’re surprised to see Dorsey’s name here, then you may not recall that he took over as GM of the Chiefs in 2013, when the team was coming off a 2-14 season. With the No. 1 pick, Dorsey selected offensive lineman Eric Fisher, a Pro Bowler who is still playing left tackle for the team. From there, Dorsey went on to select Kareem Hunt, Tyreek Hill, Travis Kelce, Marcus Peters, Dee Ford and Chris Jones. In perhaps his greatest move, he made a deal to trade up for reigning NFL MVP Patrick Mahomes. 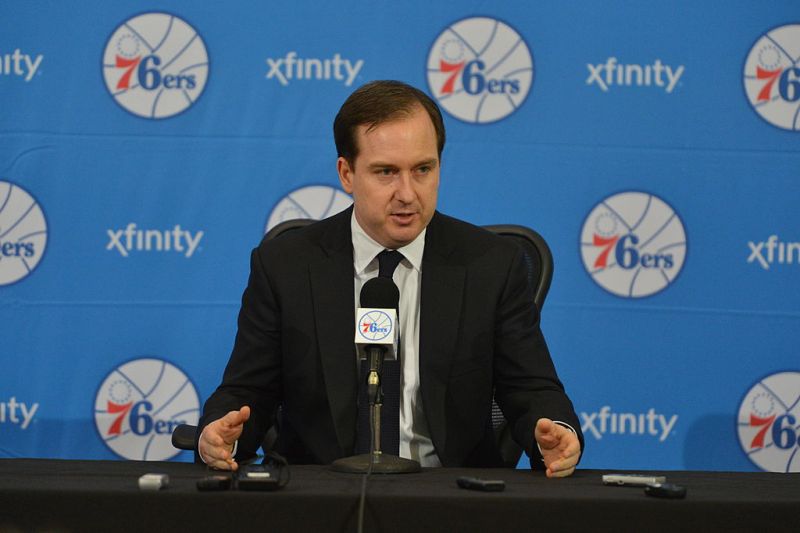 Sam Hinkie, General Manager of the Philadelphia 76ers, speaks with the media during a press conference on June 27, 2014. (Photo by Jesse D. Garrabrant/NBAE via Getty Images)

When he was introduced as GM in May of 2013, Hinke said his process was to “consistently take all the best information you can and consistently make good decisions.” Hence, the phrase which has carried the 76ers from one of the worst teams in the NBA to a contender for an NBA championship, “Trust the Process,” was born. Hinke’s process was similar to Brown’s, helping Philly amass a trove of picks via losing and trades. There have been bumps along the way, but the Process — now sans Hinke — has led to a starting lineup that features Joel Embid, Ben Simmons, Jimmy Butler, J.J. Redick and Tobias Harris. 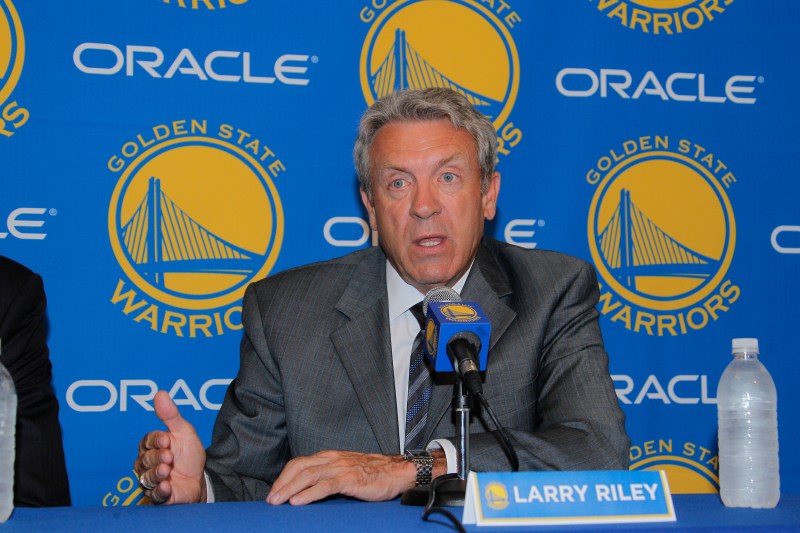 Though he wasn’t there by the time the Golden State Warriors broke through for their first title in decades in 2015, Riley (GM from 2009-12) had his fingerprints all over it. Though his predecessor Chris Mullin was responsible for taking a chance on Steph Curry out of Davidson in 2009, Riley drafted Curry’s fellow Splash Brother Klay Thompson in 2011 and also put the team in position to draft the other two pieces of Golden State’s initial championship team, Harrison Barnes and Draymond Green, in 2012. He also pulled the trigger on a franchise-altering trade that sent high-scoring guard Monta Ellis to the Milwaukee Bucks and brought back Andrew Bogut and Stephen Jackson. 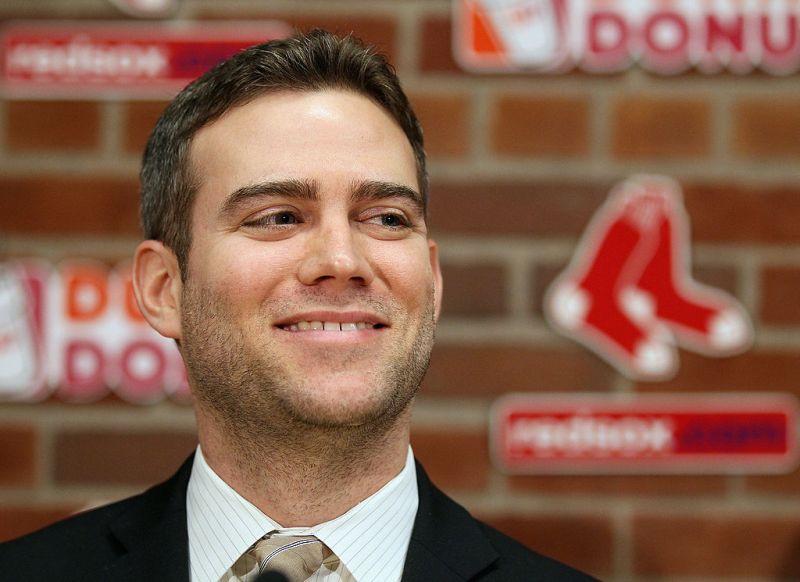 Theo Epstein, general manager of the Boston Red Sox, at a press conference on December 11, 2010 at the Fenway Park in Boston, Massachusetts. (Photo by Elsa/Getty Images)

As the guy who put together the 2004 Red Sox team that broke the Curse of the Bambino and then won again in 2007, Epstein — who also helped the Cubs break a curse of their own in 2016 after leaving the BoSox in 2011— gets his share of credit in Boston. But he should get more credit for the team’s World Series wins in 2013 and 2018. Many of the players on the ’13 roster (including David Ortiz, Dustin Pedroia and Xander Bogaerts) were brought in by Epstein, and he also drafted 2018 stars Christian Vazquez, Jackie Bradley, Jr. and Matt Barnes. And one of Epstein’s final acquisitions before leaving for the Windy City? None other than World Series champ and reigning American League MVP Mookie Betts. 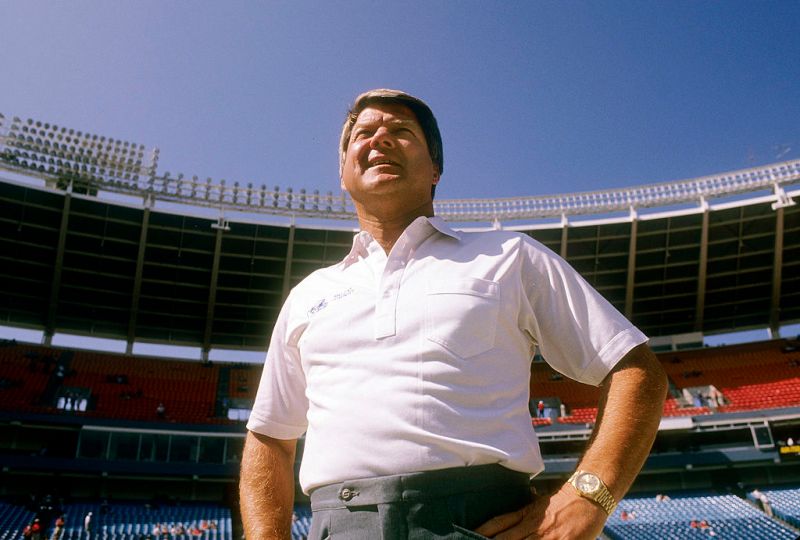 Head coach Jimmy Johnson of the Cowboys circa 1989. (Photo by Focus on Sport/Getty Images)

From 1989 until 1993, Jimmy Johnson served as the director of player personnel as well as head coach of the Dallas Cowboys. Early in his tenure, he pulled off the legendary Herschel Walker trade, a deal that netted the ‘Boys a number of draft picks that turned into cornerstone players like Emmitt Smith and Darren Woodson. Those two, along with Troy Aikman (drafted by Johnson in 1989) and Michael Irvin, formed a championship core that won Dallas three Super Bowl titles. Since Johnson was only the coach for the first two (Barry Switzer took over for him in ’94 and won Super Bowl XXX), people largely forget he was a big part of putting together the team that won the third. 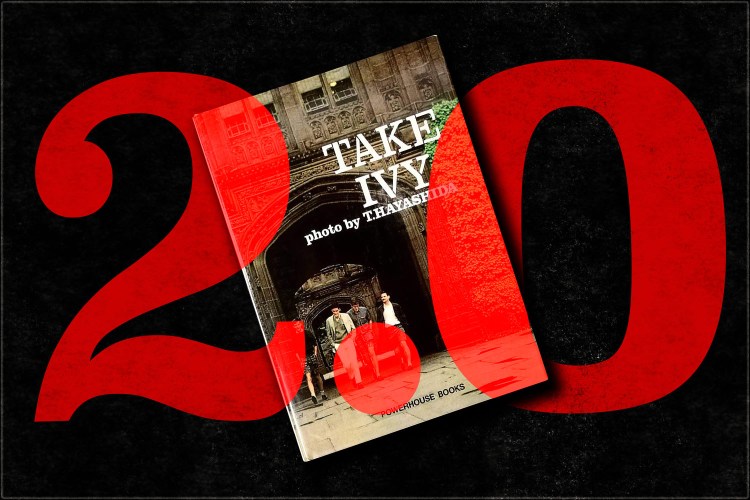