Victoria’s Secret Can Still Clean Up Their Image, But Should They Even Bother?

The Model Alliance's petition is a start, but it can't erase the brand's problematic history

By all accounts, Victoria’s Secret is a dying brand.

While the lingerie behemoth’s decline may come as a surprise given its long-term and even relatively recent popularity (just 10 years ago, Victoria’s Secret was hailed as the driving force behind what was a $10.75 billion lingerie industry), it’s been an open secret in recent years that the company has largely failed to keep up with changing cultural attitudes surrounding what is, after all, its main product: female sexuality.

As other competing brands began to respond to the body-positive and #MeToo movements with more inclusive and less overtly sexy marketing, Victoria’s Secret, with its dogged commitment to ultra-thin models and push-up bras, had been slowly losing public interest, and garnering some public disdain, for a few years. But while the depreciation had previously been a relatively quiet one, a series of stumbles in the past few months have surfaced as unmistakable signs of a brand in increasingly rapid decline.

Back in May, L Brands, the lingerie giant’s parent company, announced the long-running Victoria’s Secret Fashion Show would not be televised in 2019. The glittering spectacle first aired in 2001 and quickly became a lucrative annual event for the company, attracting performances from the likes of megastars Ariana Grande and Taylor Swift and catapulting many of the brand’s signature Angels to superstar status in their own right. Like the brand itself, however, the previously can’t-miss television event had suffered from declining ratings in recent years, hitting an all-time low in 2018 with an audience of just 3.3 million, down from 10.4 million in 2011.

While L Brands Chairman and CEO Les Wexner initially said the brand had “decided to re-think the traditional Victoria’s Secret Fashion Show” after coming to the conclusion that network television may no longer be “the right fit,” recent reports from last month have suggested that the 2019 show might not occur at all. And It’s not just the fashion show that’s in jeopardy. Victoria’s Secret’s bottom line is also taking a hit, with some Wall Street analysts reading L Brands’ recent downgrade from a “buy” to a “neutral” rating as a sign that the brand’s image may be too tarnished to salvage.

Amid fashion-show flops and falling stocks, the brand may have taken a final hit from none other than Jeffrey Epstein. Wexner’s is among many high-profile names that have been dragged into the cancerous whirlpool of Epstein’s massive network of elites, and reports suggest the billionaire CEO’s connection to Epstein’s crimes may have involved Victoria’s Secret directly. According to a recent New York Times report, executives at L Brands were aware that Epstein, who had been called Wexner’s “protégé,” was trying to “involve himself in the recruitment of lingerie models for the Victoria’s Secret catalog” in the ‘90s. In one of the earliest known police records of sexual misconduct allegations against Epstein, model Alicia Arden claimed that Epstein posed as a “talent scout” for the lingerie brand, luring her to an “audition” in his Santa Monica hotel room where he attempted to undress and assault her.

In response to the unfolding connection between Wexner and Epstein, 100 models have signed an open letter to Victoria’s Secret, petitioning the brand to take action in protecting its models against sexual misconduct. Penned by the Model Alliance, an organization dedicated to fighting the toxic attitudes and culture that have long plagued the modeling industry, Tuesday’s letter called on Victoria’s Secret “to use its power and influence to bring about the changes that are urgently needed in our industry,” by joining the agency’s anti-sexual harassment program, RESPECT.

Appeals to the “power and influence” of a brand dying as rapid and public a death as Victoria’s Secret may seem misguided. However, as Moira Donegan noted in a recent Atlantic article, “we are still trapped by the vision of heterosexuality” the brand has long promoted as the epitome of female beauty, even as it shutters its storefronts and clips its angels’ wings.

In other words, the brand that a mere decade ago was applauded for taking lingerie mainstream by selling lace thongs to the “average” American woman still has power in name recognition — even if that recognition now leaves an increasingly bad taste in consumers’ mouths.

Perhaps aware itself that the brand has a certain responsibility to use its remaining power to promote a different vision, Victoria’s Secret has finally begun to make some small moves in a more progressive direction. Last week, the brand made its first positive headlines in months with the announcement that the company had hired its first transgender model, Valentina Sampaio. Now the invitation to partner with the Model Alliance has handed Victoria’s Secret another opportunity to answer the many long-ignored calls for the brand to adopt more progressive values — Or just capitalize on them.

The issue here is no longer simply one of Victoria’s Secret’s problematic image, but now one of whether the brand can attempt to clean up that image in a way that is at all genuine. This problem isn’t unique to Victoria’s Secret. By the nature of the beast that is capitalism, brands that use their power and influence to promote a certain cause or movement inevitably open themselves up to (completely reasonable) accusations of exploiting social justice for profit. Remember that time Kendall Jenner fixed racism in America by handing a cop a Pepsi at Black Lives Matter protest?

Even in less blatant examples — like the increase in LGBTQ branding that spikes every June — these are still valid arguments. However, it’s ultimately a futile endeavor to try to disentangle a company’s financial motivations from their moral ones, and if brands are stuck in a capitalist hellscape of their own making, it seems like they might as well use their power and influence to promote worthwhile causes, even if they’re also lining their pockets in the meantime.

In Victoria’s Secret’s case, however, these issues are exacerbated by the brand’s almost comically long refusal to adopt any aspect of the more progressive vision customers have demanded — and competitors have gleefully supplied — for years. Even Sampaio’s hiring, while still an important milestone for LGBTQ representation, reads as far too little way too late in light of the openly transphobic comments former L Brands exec Ed Razek hurled against the trans community months ago. After years of ignoring repeated calls for change, Victoria’s Secret has landed itself in a kind of damned if they do, damned if they don’t scenario in which any attempt to implement necessary change inevitably comes across as a desperate grasp for relevance rather than a genuine movement toward self-improvement. 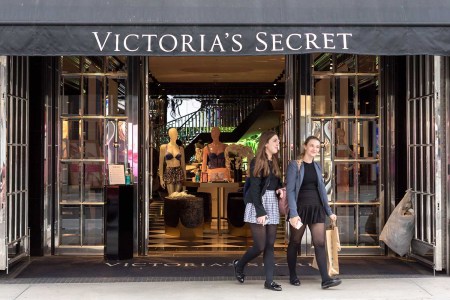 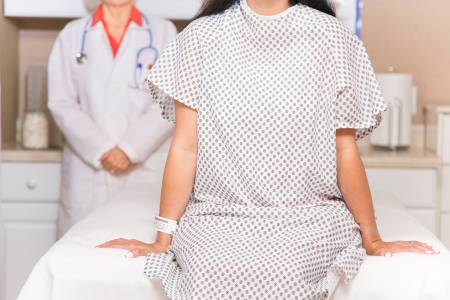 A Gynecologist Asked His Patients for Help Designing His Office 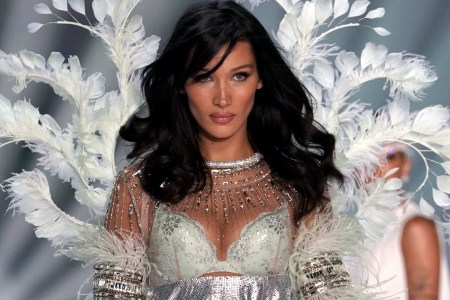