Why Is a Right-Wing Website at War with Men’s Shaving Company Harry’s?

Governor Kathy Hochul announced this week that New York State plans to add an ornamental entryway to Marsha P. Johnson State Park, a seven-acre green space on the Williamsburg side of the East River. It will be colorful, there will be flowers, and the archway will include the words Johnson used to utter over and over again whenever she was asked to declare whether she was a man or a woman. “PAY IT NO MIND” became her unofficial middle name.

I’ve spent a lot of time over there this summer. The renovation’s nearly complete after a little over a year of work, and it’s a quiet place to eat lunch, spot seaplanes and watch the more adventurous tourists — those who’ve figured out the ferry or braved the L — take photos down on the beach, with the Empire State Building as a well-earned backdrop. All throughout the lush park there are now gardens, cedar benches and and signposts explaining Johnson’s role in the Stonewall Uprising, in founding the Gay Liberation Movement, in organizing sit-ins and fighting back against the NYPD.

The premise of this park would’ve been unthinkable not too long ago. And the road to get here was clunky, with a share of scuttled proposals. But it exists nonetheless.

When Johnson’s body washed up in the Hudson River in 1992, the city ruled her death a suicide by drowning. They wouldn’t investigate the incident — no matter how much her friends pleaded. Twenty years later, officials reclassified the case, citing “undetermined” as Johnson’s cause of death. And a decade after that, her name is entering the colloquial lexicon of New Yorkers, that one-name shorthand for bridges, airports and causeways, which usually refers to the legacies of politicians or ballplayers, but not black trans women who slept on the sidewalk in 10°F.

People are still dying. According to the Human Rights Campaign, there have been “at least” 26 accounts of fatal attacks against transgender people in the year 2022. There were 50 last year. Both figures are likely higher; most of these violent acts are left unreported. The HRC introduced this year’s list with a simple introduction: “These victims, like all of us, are loving partners, parents, family members, friends and community members. They worked, went to school and attended houses of worship. They were real people — people who did not deserve to have their lives taken from them.”

That one phrase, “they were real people,” stuck with me. Because these days, trans people are often recognized as a punchline. Their civic rights, their sidewalk safety, their mental health, their very existence…these things are trivialized (if they’re even acknowledged), to support their more valuable, more pressing use: that of comedic props and pawns, whom today’s performers can package, prod and then pass along to Twitter, with 99.9% certainty that a maelstrom will ensue.

You know well which big names have been in the headlines. And if you scroll through enough Instagram Reels, you’ll see all the smaller names hoping to replicate their “success.” Transphobic humor is now a badge on stage. It’s proof that you don’t give a shit, that you’re a crusader against cancel culture, that you’re willing to do what it takes to stand against those woke, butt-hurt forces that would otherwise muzzle your right to speak your mind. These people didn’t ask for this responsibility. But we’ve left them no other choice. They must fight to save America. Or is it comedy?

Along these lines, there is no stupider entry in the American index than that of “Jeremy’s Razors,” a grooming company created by The Daily Wire, a conservative media platform founded in 2015 by Ben Shapiro (a political commentator you may have heard of) and Jeremy Boreing (a former film director you probably haven’t heard of, and the namesake for the venture).

It all began March 2021, a Twitter user tagged Harry’s, a New York-based, direct-to-consumer, personal shaving brand, in a tweet that read: “@harrys is sponsoring Michael Knowles. The same @michaeljknowles who is spreading homophobic and transphobic content. He had Joesph Nicolosi jr [sic] as a guest on his show and equates being trans to having schizophrenia. It is wrong that Harry’s or anyone sponsors this vile content.”

Two weeks later, Harry’s replied: “Thanks for bringing this up. We condemn the views in this video, which are inexcusable & at odds with our longtime support of the LGBTQ+ community. We’ve ended our relationship with this show & are looking into our sponsorships to prevent any values misalignment going forward.”

I’ll save you a Google of Joesph Nicolosi Jr. The first words that pop up when you visit his website are “YOU DON’T HAVE TO BE GAY.” And slightly below that…”Offering Psychological Insight to Men with Same-Sex Attraction.” He appeared on the show with Knowles — who has a sparkling history of humdingers in his own right, and had given a speech entitled “Men Are Not Women” two years before he hosted Nicolosi on Daily Wire programming — and not long after, as stated in their tweet, Harry’s made sure their roving internet advertisements would never support a Daily Wire article, podcast or video series again.

The folks over at DW — a Camelot of conservative “provocateurs” including Shapiro, Boreing, Andrew Klavan, Candace Owens, Matt Walsh, and recently, algorithmic darling Jordan Peterson — reacted completely rationally to the news that one of its 20-plus sponsors was moving on: in March of this year, one year after Harry’s cited “values misalignment,” DW created its own subscription-based razors brand.

If you didn’t know the context, or simply didn’t care, the premise would be funny. A spurned media brand creates a copy of the product that it once advertised, replete with a website (ihateharrys.com) and a four-minute spot (in which the founder Jeremy blow-torches a pile of Harry’s wares). In fact, Larry David hinged an entire season of Curb Your Enthusiasm around this very concept. Only he created his “spite store,” a coffee shop called Latte Larry’s, because he was offended by wobbly tables and soft scones at Mocha Joe’s. DW created their Jeremy’s Razors because they were offended that a brand didn’t agree with their contention that trans people shouldn’t exist.

Regardless — Jeremy’s Razors isn’t a subplot in a fictional show. It’s real. In its first week online, this past spring, Jeremy’s sold 45,000 subscriptions and registered tens of millions of impressions on social. There hasn’t been any attempt to obfuscate the reason that this product exists. The top comment on Jeremy’s most-watched YouTube video reads: “This is the type of ‘fuck it, I’ll do it myself’ American mentality that allowed us to cross the Atlantic, conquer the great plains, and put us on the moon. God Speed Jeremy’s Razors.” And just this week, the brand tweeted: “Don’t leave your son at college with a Harry’s, Gillette or other woke razor that wants to trim off the gender you assigned him at birth.” In the comments, “Jeremy guys” marvel at the humor and brilliance of their new favorite razor’s marketing department.

What words can I even use to discuss something like this? Upsetting? Shameful? Vile? Those are the words they’re hoping for. That’s how the game is played. Those are their cues. And these people, they have their lines memorized. You can see how excited they are to see them, the way they always seem to spill out in a breathless, euphoric rush: woke, triggered, weak, echo chamber, cancel culture, liberal tears. These aren’t words. They don’t mean anything. They’re whispers, they’re simulacra, they’re disingenuous parries, they’re bids for followers and dollars. They’re not real.

It’s all dressed in humor, obviously, and that’s key. You can’t sit down with Jeremy Boreing, or one of his thousands of subscribers, and discuss the abnormal suicidality rate in transgender youth. Well, you could, I suppose, but what would be the point? You’re missing the joke, he would say — “Try lightening up; it’s like you can’t say anything in this country anymore!” — and even if he didn’t hide behind his jokey blow-torch, his point of view would eventually evolve into its true roots: anger, displacement and a level of self-serving insecurity that casually-compassionate people can’t begin (and should honestly stop trying) to understand.

I wish something so fucking stupid as an online razor shop founded on spite didn’t matter on the arc of human progress. But it gets its own little dot, somewhere, because a group of people decided to put another group of people down for their own gain. You can’t be upset about this, they insist, you’re just proving our point. Says the company so offended that another company deigned to take its business elsewhere.

Marsha P. Johnson was right. We’re all in this rat race together. The other day I sat at a table in her park and pulled out my laptop to work. I clicked around for a bit, and then, there it was, an ad for Jeremy’s Razors. “Stop giving your money to woke corporations that hate you. Give it to me instead.” I felt my blood boil for a second. Then I closed the computer and looked at the flowers instead. 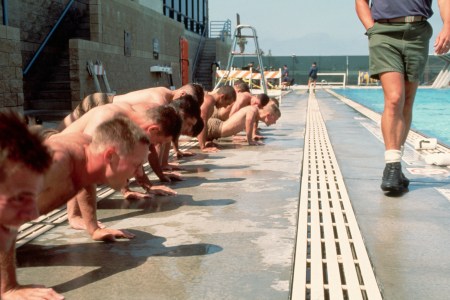 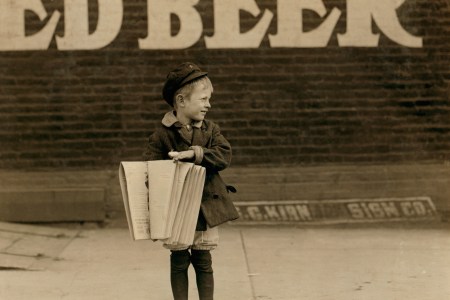 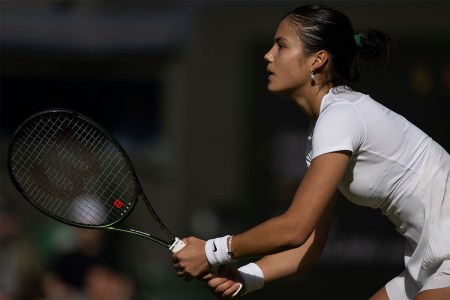 Why It's Officially Time for Wimbledon to Ditch the Whites