In NYC, The Holiday Takeout Meal Has Achieved Its Ultimate Form

Very few things improved in 2020, but this is certainly one of them

Death and Co
By Carina Finn

While the restaurant industry is still reeling from an unprecedented year of layoffs, closures and reinventions, some of the most innovative chefs are tackling their next challenge: the holiday takeout special. For many restaurants nervous about increased restrictions on indoor dining, a lack of enthusiasm for outdoor dining in colder temperatures, and no substantive aid package in site, these takeout offerings are a way to help support restaurants through what is sure to be a challenging winter.

In some ways, New Yorkers need these meals almost as much as the restaurants need to make them for us. As many prepare for scaled-back or even solo holidays in their apartments, what better way to reward oneself after 10 months of pantry staple meals and novice sourdough loaves than having one of the city’s best chefs whip up your celebratory feast?

These aren’t your mom’s holiday dinners. Our favorites range from sushi sets to full-on Nordic smorgasbords, with a few more classic options thrown in for good measure. Here are some of the most exciting holiday takeout menus that have been released so far — and if you don’t see your favorite restaurants, be sure to check in on their website and social media, since new offerings are being released every day.

Soogil makes upscale Korean food with a subtle French twist. Think: Foie gras bulgogi hot dogs and frisee salads that get a sweet and sour kick from Korean pear and pickled persimmon. Helmed by a former protegée of Daniel Boulud, the East Village fine dining spot is offering two separate holiday specials. The first is a six-course feast, available for takeout or dine-in on Christmas Eve and Christmas Day, featuring decadent takes on holiday classics like beef Wellington and chocolate panna cotta. The second is an eminently giftable Champagne and Caviar box that comes with a half-bottle of Champagne Le Mesnil Blanc de Blancs Grand Cru, two ounces of sustainable golden osetra caviar and all the necessary accoutrements.

The holiday dinner will set you back $95, and a wine pairing of two half-bottles is also available for an additional $75. The caviar gift box is $235. Reserve either option for pickup or delivery on Tock.

For something completely different, look to Pig Beach, one of Brooklyn’s favorite BBQ spots. Although the restaurant will be closed on December 24-25, you can pre-order a holiday meal you can heat up at home for the most low-key Christmas you’ll probably ever have. Choose from meat options like a 3-lb. smoked hot honey ham or a bone-in prime rib, plus all your favorite barbecue sides. They’re also offering pies and peppermint bark for dessert. Arguably the best part of Pig Beach’s holiday meal is the fact that they’re selling boozy holiday beverages like eggnog, mulled wine and hot chocolate by the quart. Pricing is a la carte, and for pick up on December 22-23, pre-order by December 19 by emailing events@pigbeachny.com.

For a proper holiday Smorgasbord — or Julbord, as the Christmas version is properly called — minimalist Nordic restaurant Aquavit has you covered with their Christmas Kit. It comes with all the classics, from five types of herring, gravlax and smoked salmon, a Christmas ham and Swedish meatballs, and desserts like pecan pie and traditional Swedish candies. Those are just the highlights: there are over 20 items on the Aquavit Julbord, which supposedly serves two. It’s $195, and you can preorder it on Tock. Another upside to this option is the fact that it’s already available for pickup, so you don’t necessarily have to wait.

Take a hard left away from anything even vaguely reminiscent of the kind of meal the Cratchits eat in A Christmas Carol and order sushi from Rosella instead. Opened just two months ago, this new restaurant does high-end raw fish in a more sustainable way by choosing locally sourced ingredients over ones imported from Japan. For Christmas, they’re doing a sushi set for two that starts with ceviche and ends with Japanese-style cotton cheesecake and a jar of housemade XO sauce, so you can ring in the new year by putting it on literally everything. The Dinner for Two Sushi Sets are priced at $150, and will be available on both Christmas and New Years Eve. Preorders will launch this week on Tock.

If Champagne and caviar isn’t your style, then Michelin-starred Korean BBQ spot COTE’s holiday feast might be more your speed. Their holiday box includes a 10-lb. (you read that right) roasted prime rib rack and a bottle of 2009 Dom Perignon along with accompanying delights like sticky rice stuffing and roasted Korean sweet potatoes with toasted marshmallows. Sure, it will set you back $700, but considering that they’re offering a whole bottle of Dom Perignon and 10 pounds of high-quality beef, the pricing is actually pretty sweet — and if you forego the champagne, the meal is just $550. If that still seems like a bit much, they’re also doing Korean braised short ribs for 6 at $200. Preorder early, because their holiday takeout boxes sell out.

For those of us who prefer drinks and dessert over actual food, the team at Death & Co. has devised the perfect holiday takeout offering. Their holiday cocktail and dessert kits serve 4-6 people, and include their elevated takes on eggnog and hot toddies along with “drunken” cookies and cinnamon apple pie. At $90, it’s still cheaper than a night out, back when nights out were a thing. Holiday kits and other to-go cocktails are available for preorder on Tock. 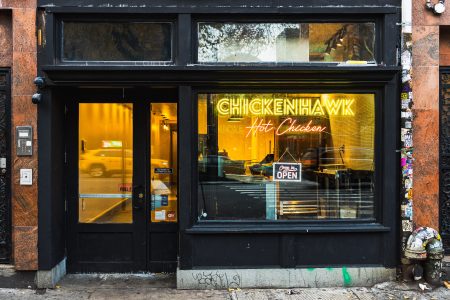 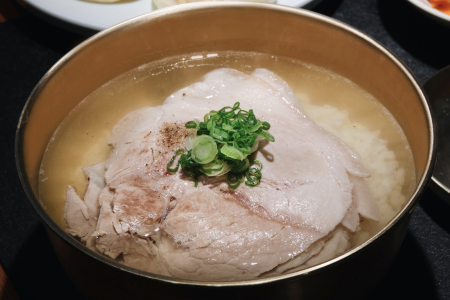 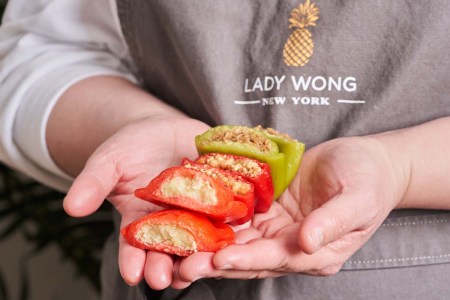