The perfect pre-Thanksgiving playlist is here

Soccer Mommy's new single (and its Alex Ross Perry-directed video) is among our favorite songs this week.
Soccer Mommy/YouTube
By Tobias Carroll @tobiascarroll

As you ready yourself for the holiday week ahead, you’re going to need something to soundtrack all those hours of travel and dinner prep. This week brings with music from everyone from some bona fide rock legends (U2, Paul McCartney) to Soccer Mommy taking melancholy to an epic scale. Here are some of the new songs that have gotten our attention this week, including a playlist to bring you up to speed.

Thanksgiving is coming — and so too is Black Friday. And that, in turn, means that Record Store Day Black Friday will also be making its return. Among the music that will be available? A new single from one Paul McCartney, containing two songs recorded at the same time as last year’s album Egypt Station. Some energetic horns add to the charm of this song, which is a fine addition to his body of work.

Devonté Hynes, “Kissed All Your Scars”

You may know him best from his work as Blood Orange, but Devonté Hynes (as the saying goes) contains multitudes. This selection from the Queen & Slim soundtrack finds Hynes in full-on film composition mode, with lush strings that wouldn’t have been out of place in some cult classic from the 1950s. It’s less a break from the norm for him and more part of an ongoing expansion of his sound: this fall has also brought with it a collaboration with Chicago’s Third Coast Percussion, after all. Where will Hynes go next? No one knows, and that’s thrilling.

The new compilation Hanukkah+ features a fantastic lineup of artists playing unexpected covers and writing original songs about the holiday that gives the album its title. Yo La Tengo, the Flaming Lips and Jack Black all make appearances — and so does HAIM, who perform a blissed-out take on Leonard Cohen’s 1984 song “If It Be Your Will.”

Drive-By Truckers, “Armageddon’s Back in Town”

Early 2020 will bring with it a new album from Drive-By Trucker, The Unraveling. This new number taps into the longstanding tradition of anthemic songs with bleak lyrics; that line where “you can’t tell the darkness from the flame” is a particularly haunting image. Does it hurt that “Armageddon’s Back in Town” is a terrific song title? It does not.

Soccer Mommy, “Yellow is the Color of Her Eyes”

Filmmaker Alex Ross Perry is no stranger to the world of music: his latest film, Her Smell, is about a volatile rock star played by Elisabeth Moss. And now, he’s shifted focus from a fictional musician to a very real one, directing the video for Soccer Mommy’s “Yellow is the Color of Her Eyes.” Watch the sun-drenched video, which pairs neatly with Sophie Allison’s melancholy, shoegaze-fueled song. It’s an impressive study in contrasts.

Sometimes, U2 can surprise you. Not so much when they sneak a new album into your iTunes library, but rather when they get left-field with their choices of collaborators. Few other artists can say that they’ve worked with both Luciano Pavarotti and Kendrick Lamar. Their latest song “Ahimsa” follows in that same vein, bringing the band together with composer and musician AR Rahman.

Musician and producer PARTYNEXTDOOR has been signed to OVO Sounds, founded by Drake, since 2013. It’s not a shock, then, that “Loyal” features a Drake guest appearance. The song itself is uptempo yet atmospheric; the lyrics reference parties yet the overall feel of one of precision and control. Here, too, there are contrasts aplenty. 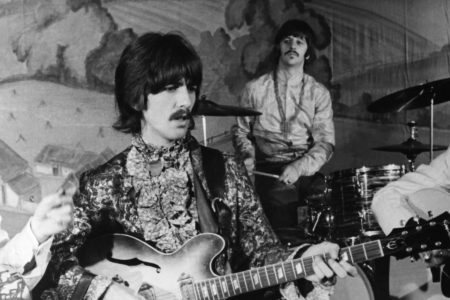 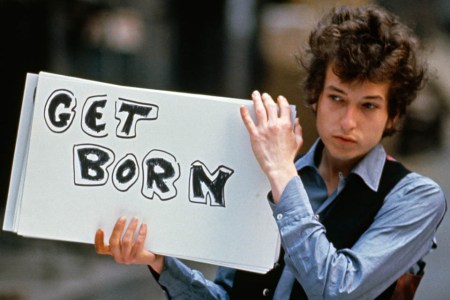