After Nearly a Quarter-Century, Archers of Loaf Return With “Reason in Decline”

Getting back together to play some shows a decade ago was one thing for Archers of Loaf. Making a new album was quite another — enough so that it took 24 years after their previous LP for the band to return with Reason in Decline.

The group’s latest, out now on Merge, is the rare reunion album that avoids the trap of middle-aged musicians attempting to recreate the glory of their 20s. Rather, Reason in Decline feels like a step forward, a creative progression that swaps out much of the cynical disaffection of their earlier music for something grown-up and thoughtful — but still palpably angry — on 10 new songs. That’s why it took so long: a new Archers of Loaf album had to mean something. Specifically, frontman Eric Bachmann wasn’t interested in rehashing what the group did in its first incarnation in the ’90s.

“I just felt like I had moved on,” says Bachmann, who had been making music as Crooked Fingers and, more recently, under his own name — music that tended to be gentler and quieter than the songs he wrote fronting Archers of Loaf from 1991-98.

On four albums during that span, Archers of Loaf were noisy and almost gleefully abrasive. Bachmann wrote curmudgeonly lyrics that were often sardonically funny and sang them in a distinctive strangled yawp. All the while, guitarist Eric Johnson sprayed blasts of trebly guitar through muscular musical arrangements anchored by bassist Matt Gentling and drummer Mark Price. The notion of reaching backward to resurrect that sound on new material didn’t resonate at all with Bachmann.

“I can’t do that now and feel sincere about it, or ironic about it if I’m being funny,” Bachmann says. “It’s just not who I am right now, you know? And it certainly was who I was back then.”

Back then, the band emerged from Chapel Hill and deliberately sidestepped the indie-rock treasure hunt then in full swing as major labels scrambled to find the next act that could blow up like Nirvana had. Archers signed with the independent California label Alias Records largely because Alias gave them money for a van. They later turned down offers from major labels. The band toured relentlessly in those days, including a stint opening for Weezer in 1995, before splitting up after their 1998 album White Trash Heroes — but not out of animosity.

“The four of us are friends, we never had a big drama,” Bachmann says. “We just broke up because we were burned out and bored and didn’t have any more to say as a band.”

Gentling stayed on in music, playing with Superchunk and Band of Horses on tour and contributing to Crooked Fingers albums. Johnson continued to play guitar, releasing music as Spookie J and earning a law degree. Price went to work at a Chapel Hill bicycle shop. Bachmann released six albums as Crooked Fingers, which showcased a different side of his songwriting — and a voice that, after surgery in the late ’90s to remove nodes from his vocal cords, had become a resonant baritone. Along with making his own albums, he played for a while in Neko Case’s touring band. 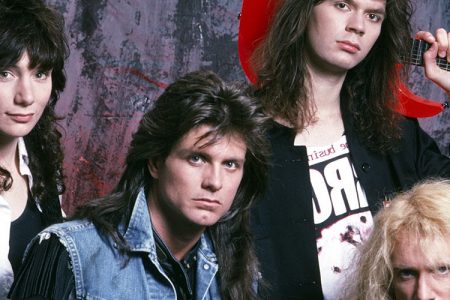 How Hair Metal Band Mr. Big Wrote One of the Greatest Love Songs of the ’90s

The story behind 'To Be With You' told by songwriter Eric Martin.

“What a beautiful singer,” says Kelly Hogan, who toured with Archers of Loaf when she was in Rock*A*Teens in the ’90s and later played with Bachmann in Case’s band. “And that surprised me, too, just knowing him from Archers of Loaf. When I got to know him in the Neko band, he was playing these sensitive, beautiful, elegiac piano parts with that crazy velvet rumble he’s got.”

By the time Archers of Loaf reconvened in 2011, the indie-rock reunion had become practically a rite of passage, just one more part of a career arc in which breaking up isn’t the end of a band so much as a pregnant pause before the nostalgia trip begins. Archers joined the ranks of reunited indie acts from the ’80 and ’90s, a roster that has come to include Dinosaur Jr., the Pixies, Pavement, the Jesus and Mary Chain, My Bloody Valentine, Slint, Neutral Milk Hotel, Slowdive and even a version of the Replacements. Yet indulging in nostalgia wasn’t really part of the equation for Archers of Loaf. Mostly, they were having fun.

“It was a blast,” Johnson says. “Especially the very first time we played, that was the most fun I’d had in years.”

Chemistry intact, the band discussed making a new record, but Bachmann couldn’t put himself in the right frame of mind to write songs for Archers of Loaf. “I sat down to do it and nothing came out,” he says. “Everything just sounded like the Archers trying to do Crooked Fingers; it just didn’t make sense.”

Like so many other things, that all changed in 2020. Rooted at home in Athens, Georgia, with a toddler son while his wife braved the front lines of the pandemic as an ICU nurse, Bachmann found his livelihood curtailed and his mental health deteriorating. A growing fixation with the idea of suicide prompted him to seek therapy, which helped reground him. So did playing concert livestreams from home, which gave him a renewed sense of professional purpose. By the second year of the pandemic, the songwriting returned, and this time, what he was writing seemed right for Archers of Loaf.

“What happened was a pandemic and a president and a political climate that I felt was really worthy of an angry rock record, or at least an emotionally dramatic and dynamic rock record, which I knew the Archers would be good at doing,” Bachmann says.

The new songs convey a sense of empathy for people in tough circumstances, without sacrificing any of the musical heft that made the band’s albums in the ’90s compelling. Bachmann looks on with an aching heart at a “beautiful dreamer/pitiful failure” on the surging rocker “Saturation and Light” while Johnson’s guitar parts cascade over the vocals like a shower of sparks. Guitars bristle over a thick rhythm part on “In the Surface Noise,” an anthemic song that doubles as lacerating social commentary (see also: “Misinformation Age” a few tracks later). Along with the blistering up-tempo numbers, Reason in Decline offers a couple of uncharacteristically (for Archers) mellow songs, too, including “Aimee,” which Bachmann wrote based on a message from a friend that he had saved on his answering machine a while back.

“We did a more fluid thing,” he says of the mix of sounds on Reason in Decline. “But I knew that I could sing from a sincere perspective and do it without feeling like an asshole.”

By avoiding major-label pitfalls in the ’90s and calling it quits before they started hating each other, Archers of Loaf unwittingly put themselves in a position to enjoy their reunion without the baggage, or hunger to cash in on a legacy, of their peers who didn’t have the same good fortune.

“We’re really in it 100 percent for the music,” Johnson says. “Don’t get me wrong, we want to tour. And there is money involved. But that wasn’t the primary focus. Never has been for us, and still isn’t.” 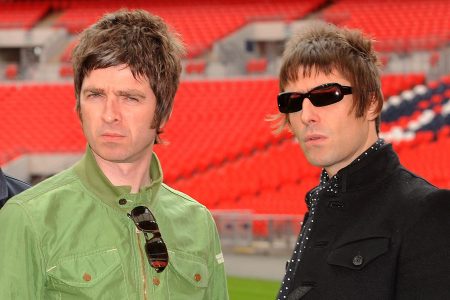 Did We Just Get One Step Closer to an Oasis Reunion? 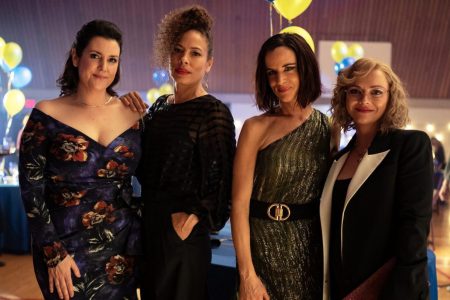 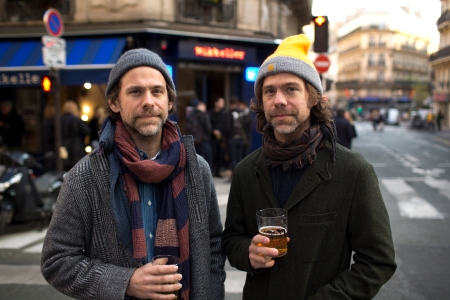 From Portland to Paris, Indie Rockers Are Taking Over the Restaurant Biz