Pom Klementieff Gets Emotional Over ‘Guardians of the Galaxy Vol. 2’ … Literally

French actress may not be as well known as Chris Pratt or Zoe Saldana, but she's a rising star to watch.

On her first day of filming Guardians of the Galaxy Vol. 2, Pom Klementieff worried about how she appeared to her world-famous co-stars on the set.

Especially because they, along with the entire crew, were gawking at her.

The French actress, who plays the new character of Mantis in the Marvel movie opening today (May 5), couldn’t see the alien makeup and fake antennae they were appraising—actually she couldn’t see much of anything.

“The all-black contact lenses gave me a tunnel vision and kept me in my own little world,” Klementieff told RealClearLife.

“I remember walking to set and everyone was looking at me and going, ‘Oh, this is the new character.’ ‘Yup, it’s me, what’s up?,’ [I said] with my contact lenses and my eyes completely black, looking like a weirdo.” 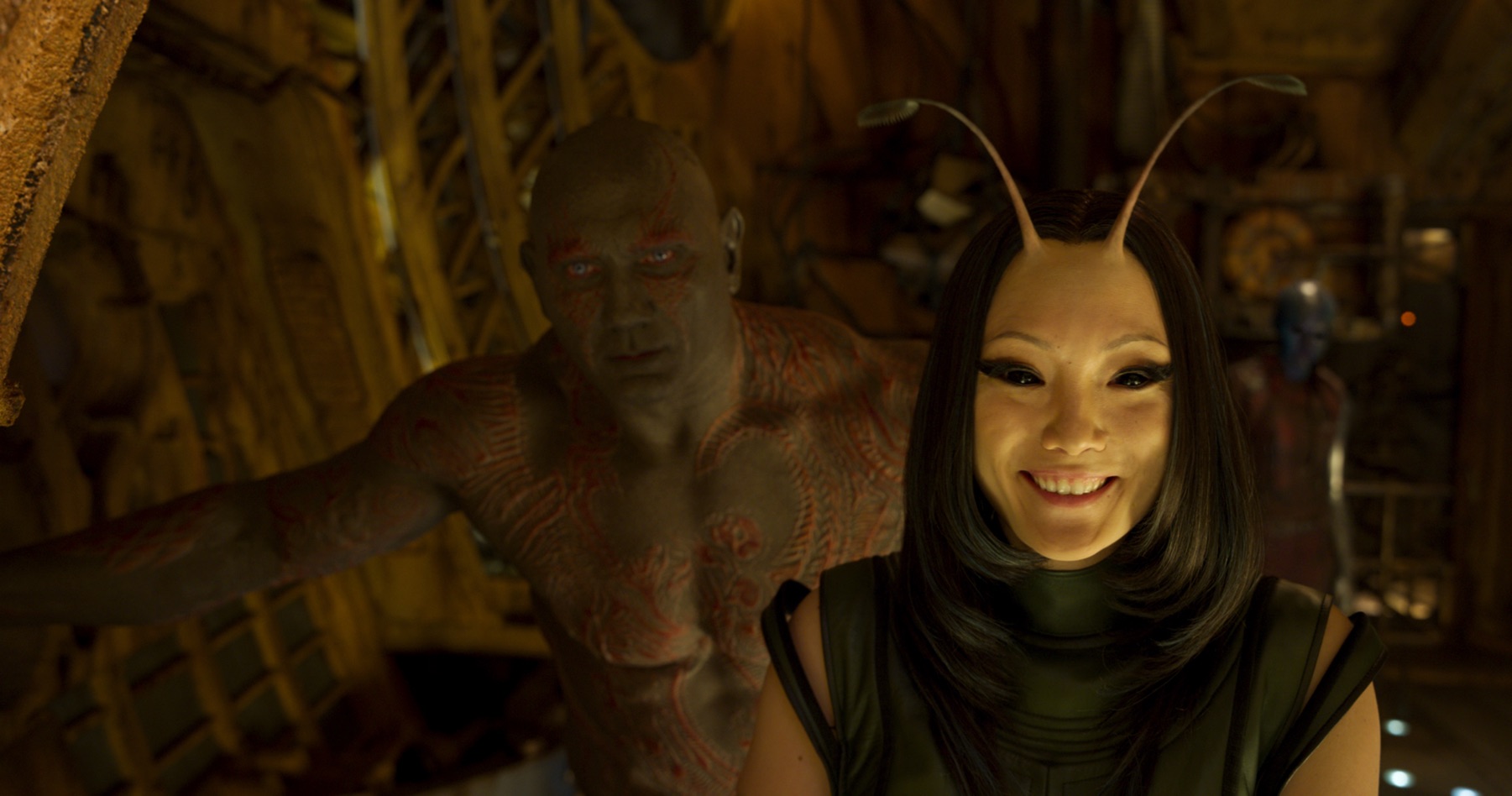 Pom Klementieff as Mantis in ‘Guardians of the Galaxy Vol. 2’ (Marvel)

When she’s not hidden under two hours of makeup, Klementieff, 31, is just as likely to draw stares. The stunner is a regular in the front row at fashion weeks, and is often confused for the models walking the catwalk.

But this level of success didn’t exactly go according to script. Born in Quebec City to a Korean mother and French father, who worked in the diplomatic corps, Klementieff moved around a lot as a child because of her dad’s job. But after moving back to France, she was just five years old when her father died of cancer.

With her mother unable to care for her, Klementieff moved in with her paternal aunt and uncle—the latter of whom also died while his young charge was just an 18-year-old. (Klementieff would endure more family tragedy when her brother committed suicide seven years later.) She was brought up in a practical household where acting, a childhood passion, wasn’t really a realistic profession.

“I just went to law school to reassure my family. I went there for two months and then dropped out of school,” said Klementieff. “I think acting was something that I wanted to do when I was little and then I didn’t really allow myself to do it. And then at some point, it was like, okay, f— it. So I took acting classes and I really loved it, I loved being on stage and creating characters and doing weird stuff that you can’t really do in real life.”

She notched her first role in her first year of doing theater classes, and scored an agent as a result.

The roles were decidedly a lot less glamorous than Marvel movies at first. “I shot a movie in Oriental Siberia where it was so cold—55 degrees below zero celsius … well, that’s really cold,” she recounted of her experience filming the 2009 French drama, Loup.

Her big break on this side of the Atlantic came four years later, when she landed a major part in Spike Lee’s 2013 remake of the Korean thriller, Old Boy.

Still, it was a leap of faith for Guardians of the Galaxy Vol. 2 director James Gunn to cast a relative unknown after a wide-ranging search. The character, an alien woman who reads and projects emotions, has been around in the comics since 1973, and any actress would be mercilessly judged by fanboys and fangirls.

“We auditioned a lot of actresses for that role,” Gunn said in a statement. “We had four actresses screen test and each of them was completely amazing. Pom Klementieff just happened to be the best in terms of being very emotional, which the character has to be. That by her nature is her super power, so to speak. She is an empath.”

So, Klementieff found herself reigning in her own emotions in a very alien experience so to speak—her first real Hollywood blockbuster, acting opposite the likes of Kurt Russell, Chris Pratt, and Zoe Saldana. She would act as professionally as she could with her black contact lenses obscuring her vision and strange appendages dangling from her head, waiting to be changed in post-production to something a little more celestial.

“The guys who do the CGI, they would come to set in between takes and show us on the computer the different steps of the antennae and [what] they would look like after the animation, and it was really magical to see how the character would look in the end,” said Klementieff.

“I was like, ‘Oh my God, this is it!,’” said Klementieff. “I thought, ‘People are going to dress like me for Halloween!”