Bruce Willis Has Always Been More Than an Action Star

Revisiting the actor's legendary career in light of his recent retirement

The family of Bruce Willis announced his retirement from acting this week, revealing that Willis has been suffering from aphasia, a brain disorder that impairs the ability to communicate. This revelation comes just about a decade after his last pair of great performances, in Wes Anderson’s Moonrise Kingdom and Rian Johnson’s Looper. He’s done some good work since then, reviving his Unbreakable character in the follow-up Glass and contributing a brief supporting turn to Moonrise co-star Edward Norton’s Motherless Brooklyn. But the majority of his projects since around 2015 have been direct-to-video and direct-to-streaming features with retro-’90s soundalike titles: Out of Death, Hard Kill, Survive the Night, Survive the Game.

The Los Angeles Times ran a more detailed story that makes the business of Willis’s participation in the VOD assembly line sound particularly shady. Whether Willis agreed to this marathon of glorified cameos (seven titles released in 2021 alone, with possibly as many as 10 in 2022) out of concern for his family’s finances, the manipulations of his handlers, or some combination of the two, it made sense that he would find endless employment in this realm, where past star power can still function as currency. After all, Willis was one of the biggest action stars of the ’90s, with his role in the Die Hard series helping to wrest the genre from the more cartoonishly musclebound likes of his Planet Hollywood pals Sylvester Stallone and Arnold Schwarzenegger.

Yet throughout the 40-year career now coming to an end, Willis was not only an action star — not even principally one, despite making a lot of money and a certain flinty reputation from movies like The Last Boy Scout, Armageddon, the Die Hard quintet, and so on. Willis was always prolific, sometimes appearing in three or four theatrical films in the space of a year, and in that way his career resembled that of an Old Hollywood leading-man workhorse. Though he did star in a remake of Death Wish, he was as much William Holden or Robert Mitchum as Charles Bronson.

For that matter, the original Die Hard, which became a blockbuster and made Willis a movie star as his rom-com TV series Moonlighting wound down, showcases his vulnerability, back when John McClane was a regular guy fighting his way through an extraordinary situation, rather than the gleaming, near-indestructible chrome-dome of later installments. As Die Hard’s success inspired plenty of direct sequels, ripoffs with other actors and additional movies where Willis would play a glowering and/or wisecracking cop, it also gave its star some Hollywood leeway. The first movie he released after Die Hard was In Country, a low-key drama where he plays a taciturn Vietnam vet, second lead to the movie’s teenage-girl protagonist. After Die Hard 2, he had top billing and a “story by” credit for the notorious box office and critical failure Hudson Hawk — a caper picture whose whimsical, idiosyncratic charms went under-recognized for years afterward. And he took parts like Death Becomes Her, where he plays a comically spineless plastic surgeon torn between two vain, vengeful women, seemingly heedless of any developing Willis action-hero persona.

He tended that, too, with movies like The Last Boy Scout and Striking Distance. But as the ‘90s wore on, a different Willis type quietly solidified in parallel: the haunted man, well before this would become literalized with his terrific, understated work in The Sixth Sense. In Pulp Fiction, Tarantino cast him as Butch, a boxer paid to throw a fight who runs afoul of violent criminals when he decides to go ahead and win — and, worse, accidentally kills his opponent in the ring. His “Sorry about that, Floyd” upon learning this news is the perfect Willis line-reading, genuine remorse unable to fully suppress his smirky pride. The latter doesn’t last long, and Butch’s victory hints at an unstable quality; there are implications of a violent past, especially when he flips out on his girlfriend for leaving behind his father’s watch. He flies into a rage, tamps it down and apologizes — before Tarantino cuts to Butch alone in his car, verbally releasing his frustration. This middle section of Pulp is the movie’s queasiest and uneasiest, in part because of the tension on Willis’s face as he courts danger during his protracted escape from this violent life.

Willis allows himself to make further a mess of himself in 12 Monkeys, where he plays a prisoner sent back from a post-apocalyptic future to gather data and possibly save humanity from a deadly virus. His mind threatens to become unglued in the process — a far cry from the macho stoicism of Armageddon. While the title of Unbreakable would be an apt description of the later-period John McClane who hangs off the sides of jets and jumps off of buildings untethered (to the buildings or to reality), the movie itself vibrates with self-doubt, with Willis depicting one of cinema’s most vulnerable superheroes — a man who at times appears equally terrified of his supernatural abilities and his mortal fallibility.

The best Willis roles tend to have these uneasy relationships with violence that goes beyond the reluctant-avenger posturing of action heroes who secretly relish the opportunity to blow up. Look back to the underseen In Country, where his haunted vet could have been a stock part, Willis has some showy breakdown moments, but he tells us just as much about his character by the casually gentle way he interacts with animals, whether feeding rabbits, describing his obsession with egrets or goofing on a dog (“you’re possessed by the devil”). Even the direct-to-video phase of Willis’s career holds that tension between strength and gentleness, albeit not intentionally. He was doubtless hired for these movies about cops and criminals for his tough-guy rep, which he started to favor long before he stepped away from big-studio leading roles. Yet due to various limitations, whether in time, budget or his personal well-being, he doesn’t often perform much action in these parts. (Keeping up with all of them is a chore, but to cite one example: Last year’s Midnight in the Switchgrass mostly confines him to a car or a diner booth.)

That relative stillness became a running joke among those who kept up with the Willis oeuvre, mistaking his limitations for laziness. Now, it’s a stinging reminder of what this disorder is taking from us — of what work we might have seen from him as an older character actor with so much accumulated on-screen baggage and goodwill. The number of his smaller parts that are actually cameos (often as himself) obscure how killer Willis could be as a supporting actor: as the kindly police captain in Moonrise Kingdom or, further back, as the philandering sometime boss of Paul Newman in Nobody’s Fool — two very different, equally skillful bits of small-town portraiture. Imagine a couple of those roles every year, for another decade or two.

Describing the end of his career makes this sound like an obituary, and of course it is not. Hopefully, Willis can live out his days in privacy, with his family, and meet the challenges ahead, away from the spotlight’s glare. But the abruptness of his departure from movies is still jarring. It may feel as if he’s disappeared, as he does in a pair of time-travel stories that contain two of his most striking performances: 12 Monkeys, where his character as a boy glimpses his fate as grown man; and Looper, where, as in Pulp Fiction, In Country, and others, he plays a man grappling with his past (quite literally, as he attempts to elude his younger counterpart, who has agreed to terminate his future self). For such a rock-solid presence, Willis, at his best, was willing to let the movies weather him, confronting his characters’ weaknesses even as his signature creation approached invincibility. Though he wasn’t just an action hero, maybe that’s why he could make such a good one: His career was full of constant reminders that he was only human. 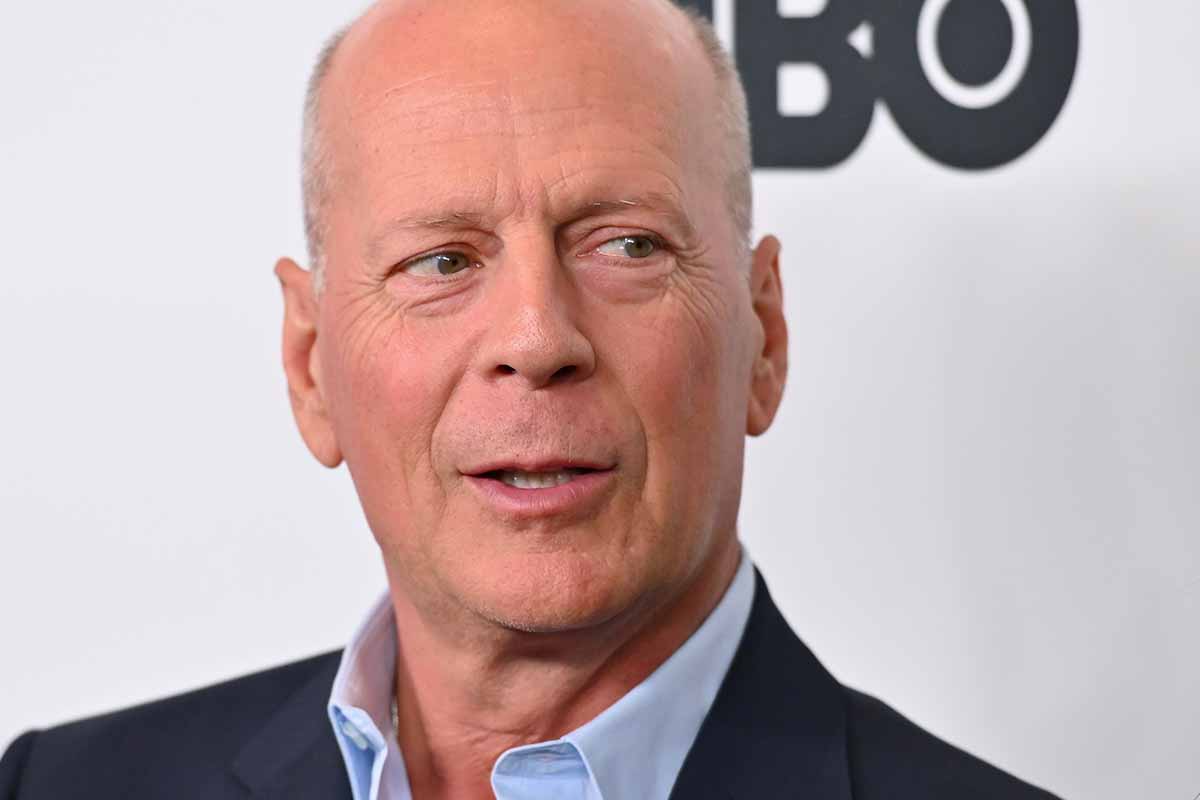 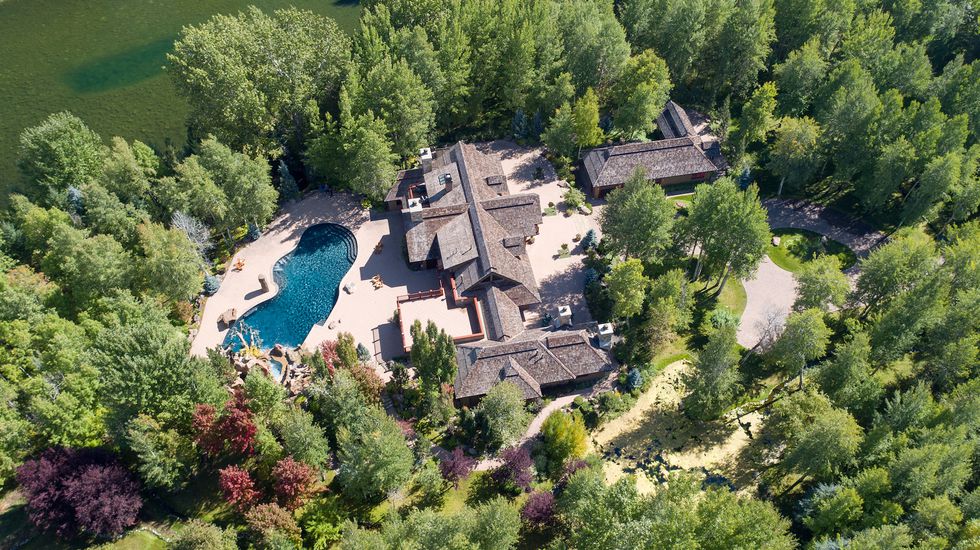