Honey, Did We Fail the Kids? 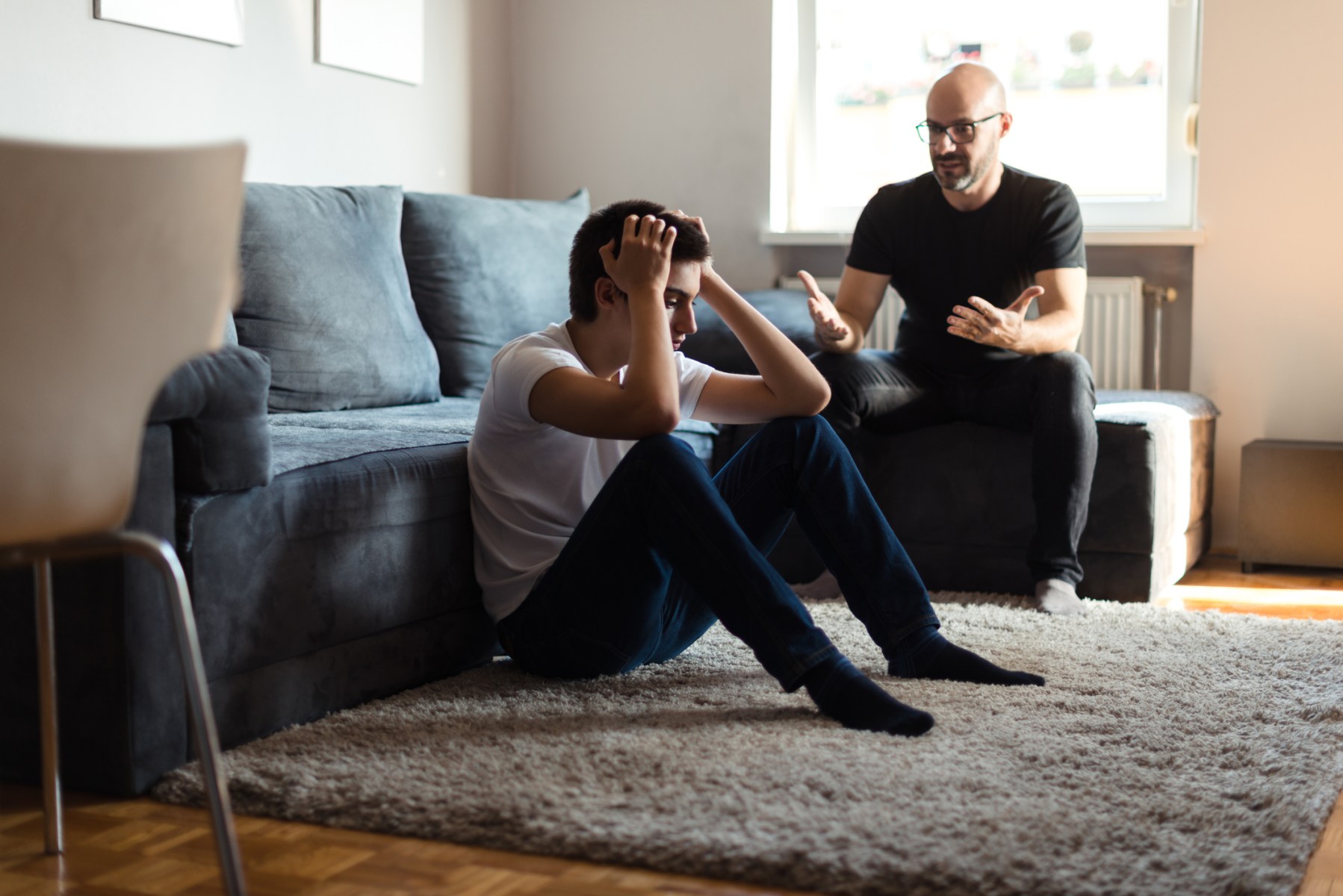 Three’s a trend. Which is why it doesn’t take Spidey senses to feel parental dread in the air — just a trip to a multiplex, where Oscar-bait dramas Beautiful Boy, Boy Erased and Ben is Back (opening Friday) can be seen.

The trio of films involve A-list actors – Steve Carell, Russell Crowe, Nicole Kidman and Julia Roberts – as stressed-out parents dealing with troubled sons. Pretty, pensive Timothy Chalamet chews on his lips as a Marin County junkie in the first title, while Lucas Hedges plays a gay-leaning preacher’s son grappling with his sexuality and his parents’ response to it in the second and a heroin addict in the third.

To a greater or lesser extent, all of the movies wrestle with a defining question of the college-educated classes: What do you do when your kids aren’t who you’d think they’d be?  Combined, the three prestige projects channel contemporary anxieties at that crucial tipping point when a boy, beautiful or plain vanilla, hits his late teens and separation threatens white, middle-to-upper-class helicopter parents who whirl and wonder. Didn’t we buy the right Lego kits? Didn’t we pay for SAT prep? Wait: should they have lettered in soccer not basketball?

This is familiar territory for parents who’ve struggled through the obstacle course that parenting has become in certain echelons where Yale, Princeton and Harvard have risen a step above heaven in God’s pantheon. After all that fuss about getting junior into the very best college to launch the child into the stratosphere of upward mobility, these late teen years are supposed to be skate-and-gloat time for the folks. (Since for the middle class it’s downward mobility for any kid who doesn’t.)

But no! Danger, Will Robinson: the world is a complex place and a thousand time-outs won’t alter your boys’ fates.

Perhaps the bluntest of the trio, the gay conversion therapy drama Boy Erased features Hedges as Jared Eamons, the admirable but troubled son of Russell Crowe’s Baptist preacher Marshall. As Jared leaves high school and enters college, he finds himself attracted to boys and on the wrong side of his father’s bible teachings.

While the drama is ostensibly Jared’s journey, it’s ultimately the father and mother who are in crisis.

Crowe’s Baptist Minister Marshall asks his congregation “for a show of hands of those of you in this room who are imperfect.” Papa can preach but his intolerance skews his notions of perfection and imperfection. While Mama Nancy (Nicole Kidman) frets, Marshall can’t cope with his son’s nascent gayness, which throws a wrench in how he envisions his legacy. After years of school sports, Sunday school and good fathering, he expects a return on his investment in the form of Jared’s future: go to college, return to settle nearby, marry, have children and run the family car dealership. His anxiety over his son’s future reflects his own fragile ego.

Similarly, Julia Roberts doesn’t know whether to laugh or cry in this week’s just-in-time-for-the-holidays-mama-drama Ben is Back. Holly Burns (Roberts), the mother of a blended family, welcomes home her first-born 19-year-old son Ben (Hedges again). He’s returned unexpectedly from heroin rehab at Christmas for a fraught 24 hours.

While Ben’s homecoming is an emotional rollercoaster, a sum of all decisions good and bad the young adult has made, his mother’s reaction is operatic. There is the Medean love and rage – love for the child as if he were a limb; rage that this horrible addiction has either stolen the son she knew or rewired him like a zombie bite. Spare the rod and spoil the child? Rescue them by helping to pay off a drug dealing debt?

She is an otherwise perfect mother in crisis – and as we learned from Crowe’s preacher, the concept of perfect is suspect. Holly, to quote Kidman’s Nancy in Boy Erased,  must on some level be “ashamed of me.” While she empathizes with her son who must walk his own line out of addiction, she’s filled with anxiety that somewhere along the way she didn’t stay the triggering event; didn’t do this mothering thing right. It’s a heavy burden.

In Beautiful Boy, Steve Carell’s Dave Sheff’s anguish eclipses that of his relapsing son Nic (Chalamet). The kid despite, or perhaps because of, his cushy, groovy Marin County upbringing hasn’t seen a drug he doesn’t want to shoot. College, ultimately, be damned. Nic’s an exurban vampire. And the title in this domestic trauma, based on father and son memoirs, reflects Dave’s disbelief that his beautiful son, so full of life and curiosity and creativity, can be torn down by America’s drug problem – a problem entwined with the social drug abuse that defined the parents’ generation.

From the time we tried to book them in the best possible kindergarten, and settled our folding chairs on the sidelines at soccer, these kids were expected to overachieve above and beyond a generation of overachievers. Top Steve Jobs, why don’t you? It’s a lot of stress that we dumped on these kids’ shoulders while retaining our fair share for self-flagellation.

That these are white people’s problems is undeniable. The combined rehab bill for three beautiful sons would easily top six figures, far above a blue collar budget. Drugs, the pressure to be perfect, the inability to cope with failure, lowered economic expectations and strides in sexual choice have changed the landscape. And these three movies reflect that. The anxiety is palpable among elite American parents who are challenged to discover that, no, their kids aren’t all right – and there isn’t an easy fix.