In the Age of Social Distancing, Extremely Online Is the New Norm

As coronavirus keeps people inside, people are finding ways to connect virtually 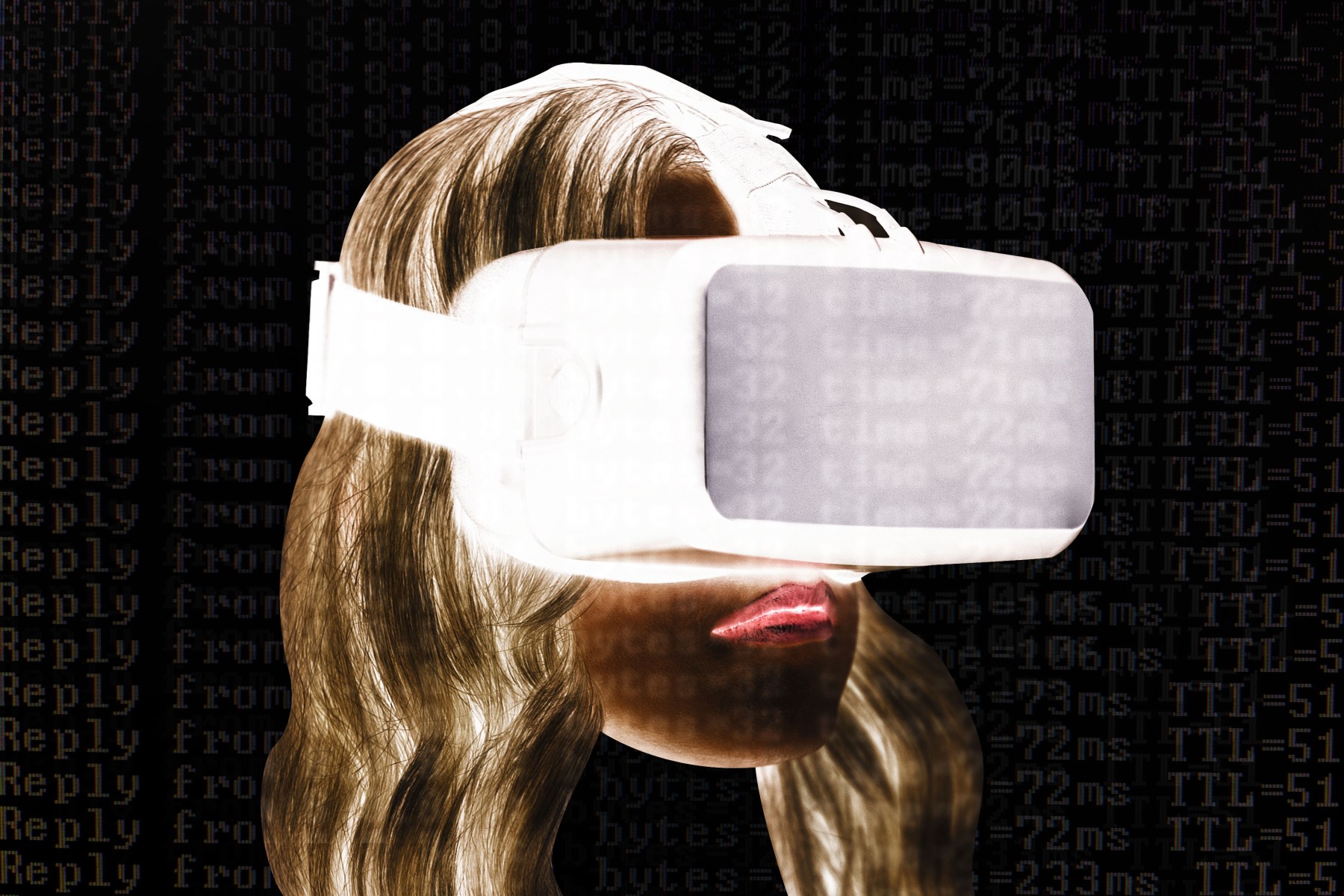 Every weekday evening at six, Caitlin Van Horn closes her laptop and walks away from the screen. Unlike many of the city’s new telecommuters practicing corporate-sponsored social distancing, the podcast marketer regularly works from a desk in her bedroom in Brooklyn. So after spending most of the day alone with her cat, she’s not necessarily dreaming of the living room couch — she’s ready to get the hell out of her house. Her week is packed with out-of-home activities — yoga and barre classes, volunteer commitments, date night, drinks with friends — designed to connect her with other people and mitigate the stir crazy that can accompany working for eight hours in the place that you sleep. The routine offers some of the structure provided by a nine to five commute, without, well, the commute.

These days, things are quite different. With schools closed, large gatherings banned, and shelter-in-place orders being issued across the country, the freedom of working from home can feel more like a sentence, as Van Horn and millions of other Americans hunker down and practice extreme social distancing in an attempt to stem the spread of the novel coronavirus. Even people determined to ignore warnings and carry on as usual will find their favorite watering holes closed, their favorite restaurants take-out only. Physical connections are not only becoming difficult, they’re increasingly unwise and unsafe. It’s enough to drive anyone crazy.

“I have an absolute dogshit routine right now,” Van Horn laments. “It’s making me feel—and this sounds so melodramatic — a little untethered from reality.”

Time to shine for the extremely online

Remote workers lucky enough to have jobs that let them work from anywhere might be somewhat well-suited to weather extended periods of home isolation. After all, they have the experience. But that doesn’t mean home office warriors like Van Horn are immune to disruption, especially when their coping mechanisms are canceled along with the commute. So Van Horn turned to the tools that enabled her lifestyle in the first place. Video conferencing software that would typically be used to hold a meeting could just as easily be used to host a happy hour.

On a whim, she joked on Twitter that she’d “throw a party,” posting a Google Hangout link for people to join. She ultimately demurred, sending a private link to some friends to join her for a beer after she finished doing her dishes. “It was really nice, because I had been glued to both the nice parts of Reddit and also the pandemic prepper parts of reddit, and also Twitter, which is a constant flood of toxic news,” she says. “It was really nice to sit with some friends. I heard from one of my friends about her life update, and then another was telling me about their boyfriend, it was just very nice. It was very normal. “I would love to socialize with people face-to-face again but frankly, i’m not leaving my apartment for two weeks.”

In general, the people best equipped to weather these periods of self-isolation are likely in those communities that are already chronically online. Discord, a digital communications platform designed for video game communities to share text, images, audio and video — think Slack for gamers — already plays host to myriad communities via “channels” that collect users through common interests, like anime, or electronic dance music. Cristal Marie of Get in the Robot TV says that friends and members of her anime club on Discord have set up watch parties via Kosmi, a web app that lets users share screens and locally hosted videos, making for appointment viewing of movies and TV shows on your favorite streaming service with real-time communication. There’s also the Google Chrome extension Netflix Party, which promises to sync users’ Netflix accounts with a text feature so they can chat while they watch. But you don’t necessarily need bleeding-edge tech to share in the experience; a video chat app and a well-synced play push can also do the trick in a pinch.

The least equipped to weather the storm may be the nine to five office commuters, the happy hour imbibers and dinner-out havers who get their release from a hard day at the office by blowing off steam with friends in the city before returning home to prepare to do it all over again the next day. And while many of us crave the connections we miss from our time off of work, some offices thrive on the communal experience of shared passions, and working from home can be more of a pain than a perk. For Adam Downey, co-founder of Northern Spy Records and Clandestine Label Services, a common love of music is the glue that connects his small team of employees and interns. Music fills their Brooklyn office throughout the work day, whether they’re listening to demos or newly finished masters or even just passing the aux to their interns to hear what they’re into. So when he shifted the company to a remote work from home setup last week, he sought to recreate the vibe in a digital space.

“We always have music on in the office,” he says. “It’s baked into literally every day operations. When we write emails, even when we have meetings, it’s like ‘turn the music down,’ but never off. It’s just there. And that’s how it’s been for 10 years.”

After sending everyone to work from home last week, Downey tells InsideHook he recalled the old site Turntable.fm, which grouped people in online rooms where they could take turns playing records for each other and chatting about them. Going back even further, he remembers passing an iPod around the car on long road trips, giving each rider a chance to add songs to the queue. Turntable.fm is no longer around, but a new app Jkbx popped up recently with much of the same functionality. So Downey set up an account for the label, invited everyone from the office, and later opened it up to people on Twitter. “We were just having conversations, whether it was about music or how we’re doing,” he says. “A little bit of a craving for social interaction is super normal.”

As it stands, big cites like New York and Los Angeles — and the U.S. at large — has a bit of a way to go before things return to normal. So as movie theatres, karaoke bars and music venues close for the foreseeable future, people are going to have to get creative to keep their communities and social circles thriving. Had a watch party planned for Rise of Skywalker or season two of My Brilliant Friend? Shoot your friends a message and fire up Kosmi on that browser tab. Miss your weekly karaoke session with the homies? Give an app like KaraFun or Smule a try. Bummed you’re going to miss your favorite band when they swing through town? They may have just moved the venue online instead. And with many of the spring festivals canceled or postponed, look for new, virtual ones to take their place; Downey hopes to organize one such event this summer. So while it can be easy to forget amongst the infinite scroll of your Twitter feed,” but many of the tools designed to connect us to the masses can help us maintain our closest bonds.

“We’re just trying to figure out what to do,” Downey admits. “We’re all in this together.” 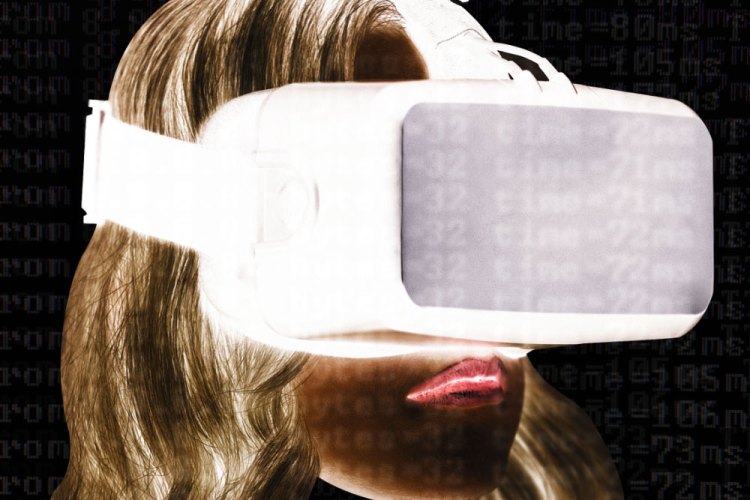