The Story of Election Week 2020, As Told by Its Memes

The election may be over, but the memes will never die
NY Mag/TikTok/Twitter
By Logan Mahan @missloganmarie

In 2020, no unit of culture has more currency than the internet meme. We made note of this recently when examining how the best memes of 2020 have accurately reflected what has been a truly chaotic, terrible year.

And the exhausting week that decided the next U.S. presidency was no different. If you weren’t glued to the TV for four days straight, you could easily understand the story of the 2020 election through the various in-jokes it spawned — exemplifying, once again, the ability memes have to translate complex emotions and sentiments into easily shareable photos, videos and text posts while offering comfort in times of uncertainty.

The week saw too many electoral maps, lots of love (and lust) for TV news anchors, contempt for pollsters and the state of Nevada, a massive lieutenant governor from the Commonwealth of Pennsylvania and many more memes that we’ve compiled below (in chronological order, of course).

Here’s how it unfolded.

Before polls even opened on Election Day, the internet saw its first viral meme of Election Week. Starting early on November 3rd and continuing throughout the day, Twitter users channeled some of their Election Day stress and anticipation into making their very own electoral college maps.

The user-generated maps showed what the country would look like if Biden won every state containing area codes where rapper Ludacris claimed to have hoes, if Trump only won in states that have blown significant Super Bowl leads, and how Biden could turn the entire country blue with his strong stance on the controversial season 3 finale of The O.C.

The lighthearted map memes were fleeting, however, as polls began to close around the country and the actual electoral map started to take shape.

It became apparent there was much unresolved trauma from 2016 as Democrats watched Biden leads in Florida and Ohio diminish throughout the evening. Many on the internet began to channel their frustrations and anxieties into roasting FiveThirtyEight’s Nate Silver and other pollsters who infamously predicted a Hillary Clinton victory in 2016.

FiveThirtyEight had Biden slightly favored to win Florida on an election night that would also see him win the general election and people, albeit prematurely, began duking on Silver and his cohorts.

The New York Times’ needle also received its fair share of ridicule on election night. The needle, which gave Clinton an 85% probability of winning in 2016, was brought back for 2020 to analyze and forecast the live estimates for Florida, North Carolina and Georgia. Despite less being asked of it, the needle’s chaotic back-and-forth was still very much present.

Many Americans went to sleep on election night thinking Trump may have defied the odds again but awoke Wednesday morning to a serious change of events: Biden had gained a lead in Wisconsin overnight and later would go on to take that state and Michigan. It soon became clear the outcome would come down to the massive amount of mail-in ballots from four states, and for the next three days, the nation was glued to its TVs anxiously awaiting votes from Pennsylvania, Arizona, Nevada and Georgia.

With so much time on its hands, the internet spent the next two days meme-ing every possible development.

CNN’s jarring “Key Race Updates” reminded some of the NFL Draft, while others mocked the news network’s frantic, fast-talking anchors.

TikTok, in particular, had turned its attention to one John King — the man who many had been watching conduct CNN’s “Magic Wall,” explaining the political proclivities of U.S. counties and adding numbers for days on end.

Users on the video-sharing app were concerned about King’s lack of sleep, pleading for the network to let him take a nap. Others realized that after watching the anchor for hours on end, they had developed a sort of emotional connection to him, expressing anger when King’s reliever, Phil Mattingly, subbed in.

The internet also had its eyes fixated on MSNBC’s khaki-clad Steve Kornacki and his magical electoral map. Kornacki is the human equivalent of 60 espresso shots topped off with Red Bull, and many were impressed with his ability to do quick math on air while sleep-deprived, as well as his determination to stay “Up All Night” Thursday.

Then, as social media’s own sleep-deprivation hit, many began to wonder … is Steve Kornacki attractive? Some went so far as to declare him the “map daddy.”

While users thirsted over Kornacki and all of CNN’s anchors, others turned their attention to Nevada’s vote-counting … or lack thereof.

The nation was desperate to find out the results from the state’s tight race, but Nevada was clearly not in the same hurry, announcing Wednesday it wouldn’t be releasing new votes totals until the following day. Users riffed on Nevada’s and other key states’ attempts to prolong the national spotlight attention by counting votes at a glacial pace.

Once ballots from those battleground states finally started to come in, however, Trump’s path to reelection began to shrink, and the president suddenly became not-so-keen on the democratic process, tweeting in all caps, “STOP THE COUNT” — a mantra his supporters began chanting in front of ballot-counting places. The internet was quick to respond with various Count-related jokes.

As Trump continued to spew unfounded claims of voter fraud and his campaign began to file lawsuits against states like Wisconsin, Georgia and Pennsylvania in an attempt to get them to stop counting legal ballots, Secretaries of State and Lieutenant Governors from those key states began to make the cable news rounds, reassuring the public the voting processes in their states were secure.

It was then the country was introduced to Pennsylvania’s Lieutenant Governor John Fetterman: a 6’8 Harvard graduate who lives in a converted car dealership and has the dates of nine homicides tattooed on his arm, and the internet was in awe.

Additionally, the city of Philadelphia had once again become a subject of fixation during the election cycle. After it became clear Philly would be largely responsible for pushing Biden to a likely victory, many were offering praise to the Philadelphia Flyer’s mascot Gritty, who has over the years emerged as an enduring symbol of hope for the nation.

But the internet was quick to remind outsiders that picking a fight with a city that once decapitated a hitchhiking robot, regularly boos babies and won’t hesitate to chuck a battery at your face is not the best idea.

Fortunately, most in the City of Brotherly Love seemed unfazed by the threats, as videos of dancing Philadelphians sporting masks and homemade mailbox costumes in front of the city’s Convention Center went viral.

On day four of the election, the internet awaited an official election result and some guidance on when they could begin popping bottles. But while some news outlets called the presidential race, other major outlets delayed an official call as more ballots continued to be counted, keeping everyone in limbo.

Additionally, on Friday, it was reported the president has no plans to concede the election, despite the fact that his path to victory was likely blocked. Still, memes predicting the transition of power like an ending to a Tyler Perry movie appeared, and Philadelphians continued to dance in the streets.

Around 11:30 AM on Saturday, the 2020 presidential race was finally called. CNN, MSNBC, Fox News, the Associated Press and other outlets declared what many Americans had already known: Joe Biden will be the 46th president of the United States.

Some on the internet noted that they’d heard the race had been called not via major forecasters but by the sudden loud screams and bangs of pots and pans from their neighbors. Cities across the nation erupted in jubilant celebration with tons of dancing, car-horn honking and cheers for USPS trucks. And, of course a giant eagle also made its way down the streets of Philly.

While many celebrities posted video reactions to the call, LeBron James opted for a classic meme. The four-time NBA champion posted a photo of himself blocking a shot from Golden State Warriors forward Andre Iguodala during the 2016 NBA Finals — except in the photo, Biden and Trump’s heads are superimposed on those of James and Iguodala.

Twitter users also imagined the possible scenarios that might arise when Trump is forced to pack his bags and move out of the White House; they made jokes about what former president Barack Obama might be thinking, and they expressed how long they’ve been waiting to say those two little words Trump made so popular.

Others went with another popular meme template — How It Started vs. How It’s Going — succinctly summing up the last four years and putting into perspective what a historic moment this really is.

As of this moment, Donald Trump has yet to concede the race and has only continued to perpetuate falsehoods about the vote count.

No one is sure how the next two months will play out, but we can rest assured that around 75 million Americans will continue to celebrate at home, in the streets and on the internet — and that there will be plenty more memes to come. 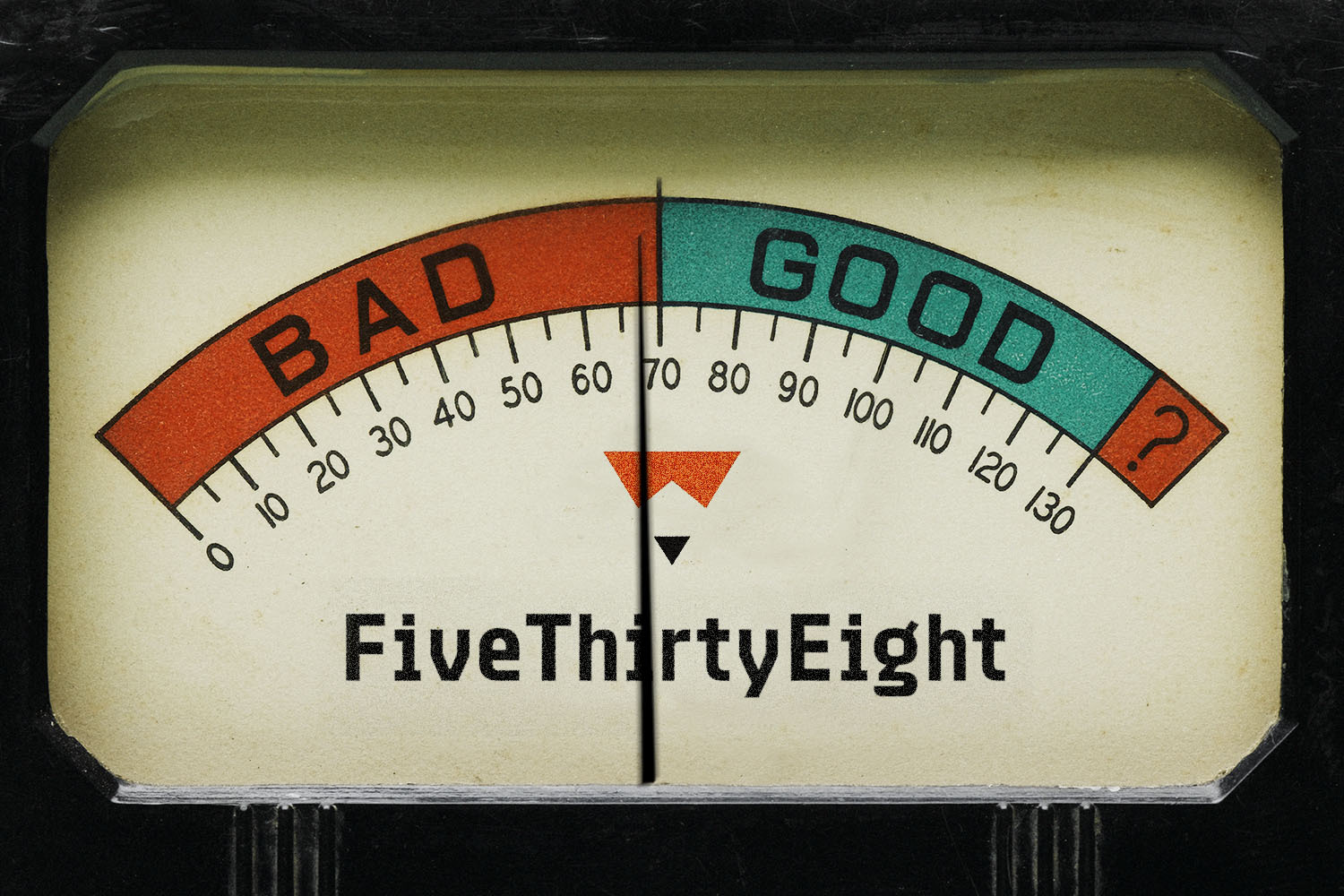 The Internet Is So Mad at Nate Silver and the Needle (Unless Maybe It’s Not?) 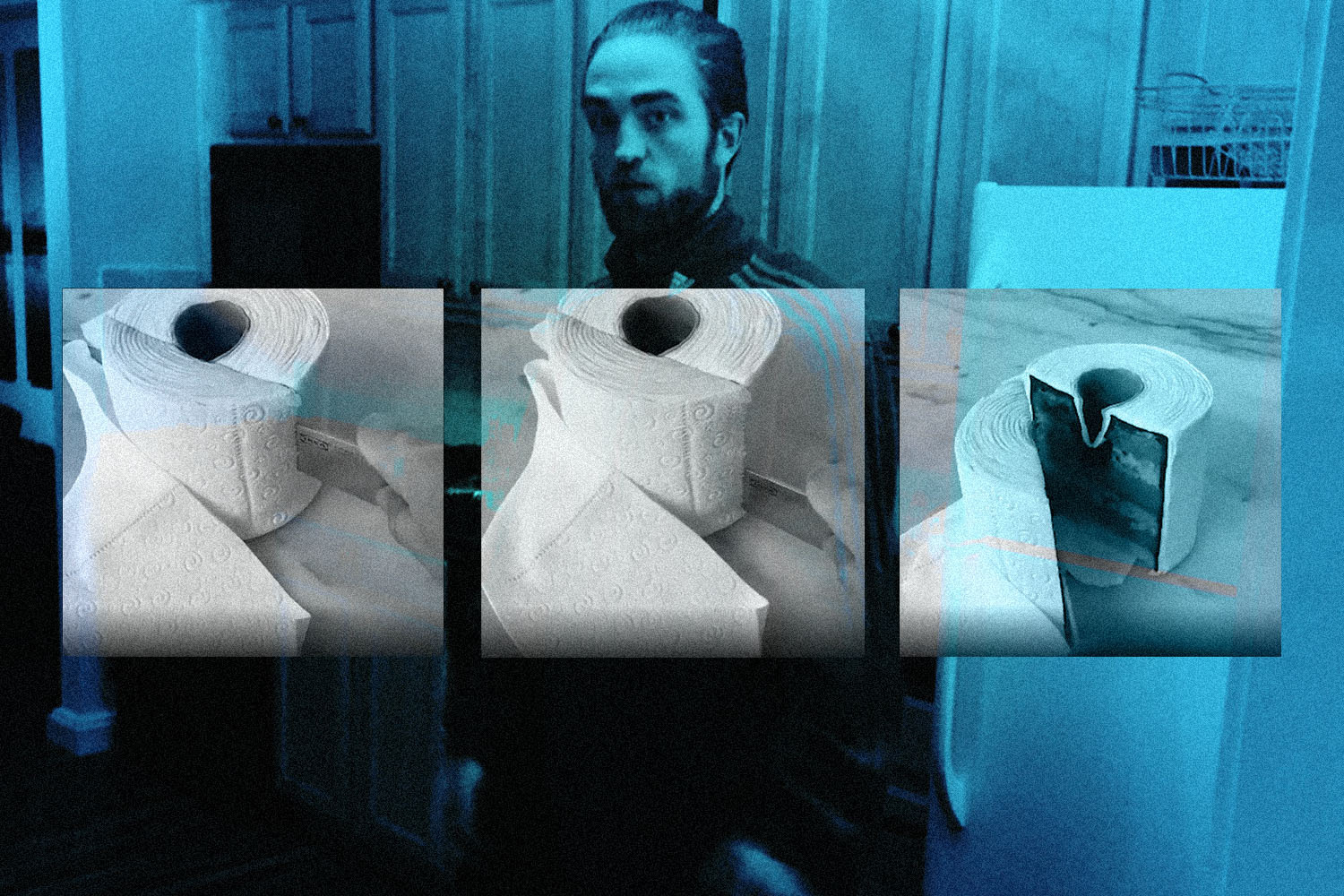 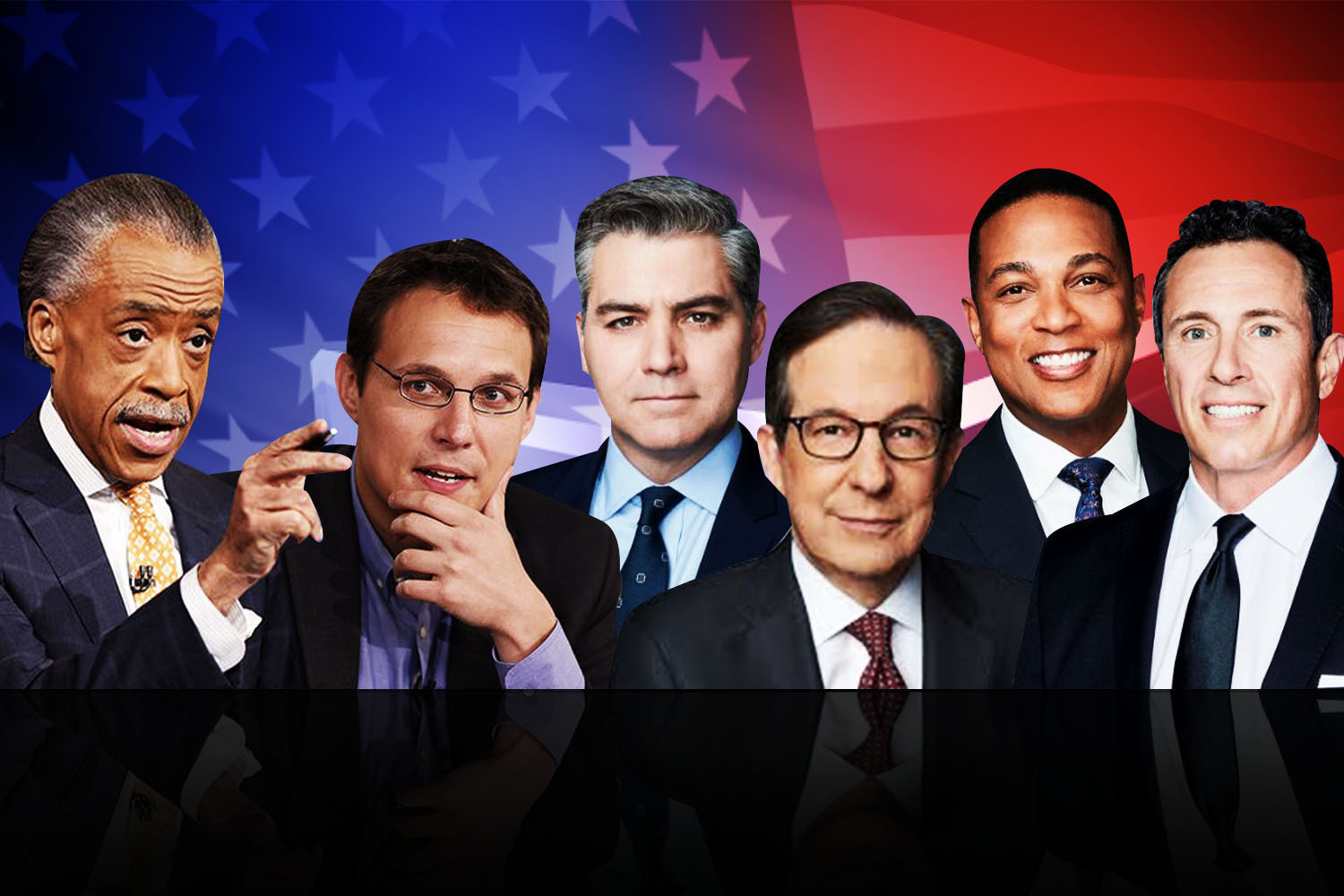 Which Cable-News Guy Is the Best Dressed of Election 2020?