From The National Archives: How Gas Masks Were Built During World War I

U.S. soldiers participate in a staged photo to illustrate the ill effects of forgetting one's gas mask (Maj. Tracy Everts/Bettmann/Contributor)
By Will Levith 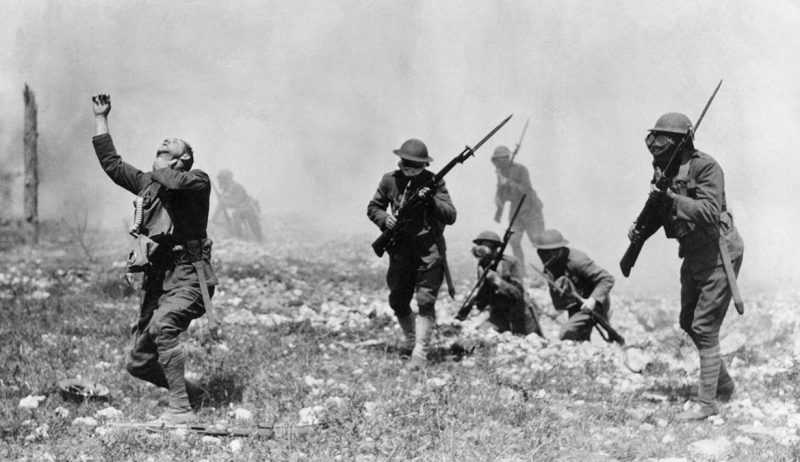 The next time you’re at an Army surplus store, pick up a vintage gas mask and put yourself in its wearer’s shoes. The cool factor wears off quickly when you think about what it was used for and how many lives it saved.

During World War I, for example, gas masks were used to fend off mustard and chlorine gas attacks on the Allied fronts from Germany (and vice versa). One of the most famous victims of WWI gas was Christy Mathewson, a Hall of Fame pitcher for the New York Giants (precursor to the S.F. team), who fought as part of the Chemical Warfare Service. After being exposed to mustard gas during a training accident, Mathewson never fully recovered and died of tuberculosis several years later. 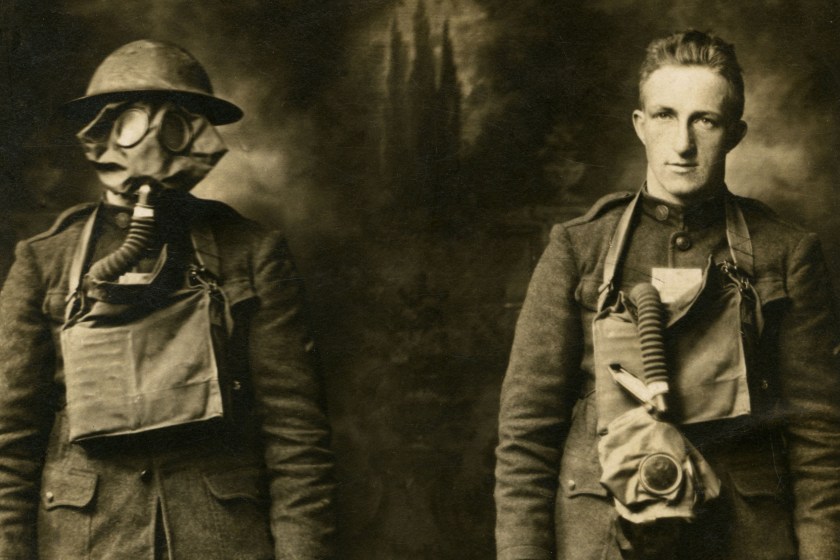 Fred Hamann poses in a unique double exposure photo showing a pair of “front line” poses. Fred is wearing his gas mask and helmet on the left and appears relaxed in the image to the right. This photo was taken when he returned home in January of 1919. (Brennan C Gauthier Collection/Getty Images)
Getty Images

Below, find an audio-less video produced by the Department of Defense and saved in the National Archives, showing the Americans on the home front producing those early gas masks in 1918. What you’re seeing is nothing short of a miracle.

In the first minute or so of the video, watch as the charcoal from burned peach pits is loaded into barrels. This charcoal was found to absorb the harmful gases best and was ultimately placed in the canisters along with cotton wads (watch this part of the process at the 4:42 mark). Then watch as each piece of the mask is meticulously pieced together on the production line until, at long last, a serviceman is seen holding up the finished product.