While many of us have spent these last few months baking sourdough bread, cleaning out our closets, perfecting our cocktail-making skills and making promises we wouldn’t keep (study Spanish! Get in shape! Start meditating!), John Manion and Maggie Hennessy dug deep — literally.

In early August, Manion, the chef of beloved Argentine restaurant El Che Steakhouse & Bar, and Hennessy, a Chicago-based restaurant critic and freelance food writer whose work has appeared on Eater, Plate, Food52, Taste and right here on InsideHook, dug a firepit in Manion’s backyard and cooked a massive bone-in steak hanging over it. That fire-fueled day is the impetus behind Meat Project, their 20-page self-published zine that includes full-color photos, illustrated guides and recipes. Available for purchase through Kickstarter, Meat Project combines their mutual passions for food, cooking and meat.

InsideHook: How would you describe Meat Project?

Maggie Hennessy: Meat Project is actually a couple of things. It’s really about reclaiming a little something in these times of huge uncertainty. It’s also about doing that in your own backyard. Everyone’s world had shrunk to their house so why not make the most of it. John and I thought this would be something cool people could do, especially as we get into fall and it’s going to get chilly and we’ll need a reason more than ever to leave the house.

John Manion: The key with all these projects we’ve gotten into with COVID is about self-reliance. It’s starting a project from beginning to end. Something that seems daunting like digging a hole in your backyard is really not that difficult. We thought that as a first in hopefully of a series of zines doing this humungous tomahawk could be a fun thing to spell out how to do in your backyard.

Speaking of that massive Tomahawk ribeye …

John: There’s nothing more American than a big tomahawk steak. It defines us as country a bit. But there’s also a mystery as why you would purchase a steak that large. It can’t fit in a pan. It won’t fit on a Weber. We wanted to shed some light on that. There’s also something cool about hanging a huge steak over a roaring fire and then tossing it right in the flames to finish cooking.

Maggie: When you think about it, self-publishing is kind of related to taking on a project like cooking a big steak in a hole in your backyard. It’s about making something on your own terms. Sure, we wanted to give people something they can sit down and read, but also learn things and cook from. As it came together, it made sense to have this absurd centerpiece project in each issue. There would be this big sort of heroic centerfold in each issue. We thought why not start it with a real Flintstone moment.

How did this project come about?

John: It started when I did a thing for Stock Mfg. at Camp Wandewega last year. I was sort of in charge with curating the whole thing from a culinary standpoint. I had done a bunch of outdoor cooking there before, so it was my wheelhouse. Over dinner, we started talking about method, technique and philosophy and all that good stuff when it comes to cooking outside.

Maggie: I’ve done recipes for Chicago Magazine for a long time. John did a chimichurri one for the holiday issue. We were talking and I was like, “This is really good, you should write a cookbook.” So then it started this joke — “Okay, you want to write it for me?” We have similar souls with writing and food even though I’m an indoor cat. The timing was so right, and John has a backyard and we were like, What the hell. [For the record: John’s wife, Nicole, had given birth to their second child two days before. She was totally on board with it.]

Tell me about the process of putting it together.

Maggie: We wanted to work with a couple of Chicago food pros. It was a chance to highlight our friends and their talents and give everyone a moment to shine. For me, it’s the essay writing, for John, it’s the cooking project and the recipes to support the steak. We rounded it out with a little help from our friends: Will Duncan, the owner of FitzGerald’s Nightclub, and Emily Spurlin, the pastry chef at Lula Café.

What surprised you about creating the Meat Project?

Maggie: For me, it was how much I love making a fire and cooking meat on it. It’s always something I needed other people to do. You build a fire and cook the steaks and I’ll stay inside and make the fucking salad. But actually doing it is very gratifying and nothing tastes better than meat cooked on wood coals. It’s magical. John’s been doing that since he was seven, but I’m catching up fast.

John: Honestly, I was blown away with the ease with which everything came together. It went from this Google Doc to holy shit this is fucking beautiful. I’m super proud to be involved with it. Also, it’s this independent thing. I grew up with little magazines people put out. It’s a dying art, but it’s important to me. People ask, “Are you going to do a digital version?” and I’m like, “No way, man.”

Maggie: It brings people joy to hold something and read it. Print still means something.

Tell us about the process of doing the actual cooking.

John: When we did it, it was almost like a dry run, but it wasn’t; it was the real thing. Everything now is so fucking stylized and curated — put this blanket here and some cool knives over there. We didn’t do anything like that. We went in my backyard on a really hot summer day and just did it. Everything that was recorded is the way it happened.

Maggie: I think we’re kind of over aspirational food in the media. We’ve had enough of that. It’s shot the way it happened, and it looks pretty fucking cool.

What would you say to someone’s that’s apprehensive about undertaking something like this?

John: There’s nothing to fear but fear itself. Also, you can start with s’mores.

Maggie: You can do this in stages. You could build the firepit one weekend and have yourself a lovely fire and then the next weekend you can cook some tomahawks. The pit will be there. There are other recipes in the zine as well for things like meat butter and beans with wilted greens. The point is that this is a thing that can live with you and inspire you. I’m sort of the representation of every person who thinks this will be too hard. I never lit a charcoal grill until this year. If I can do it, anyone can do it. It’s humbling because you can’t control everything. It makes you remember that you’re not better than nature. You have to be patient and let it do its thing. And then you sit around and talk and realize it’s not so bad to be patient. 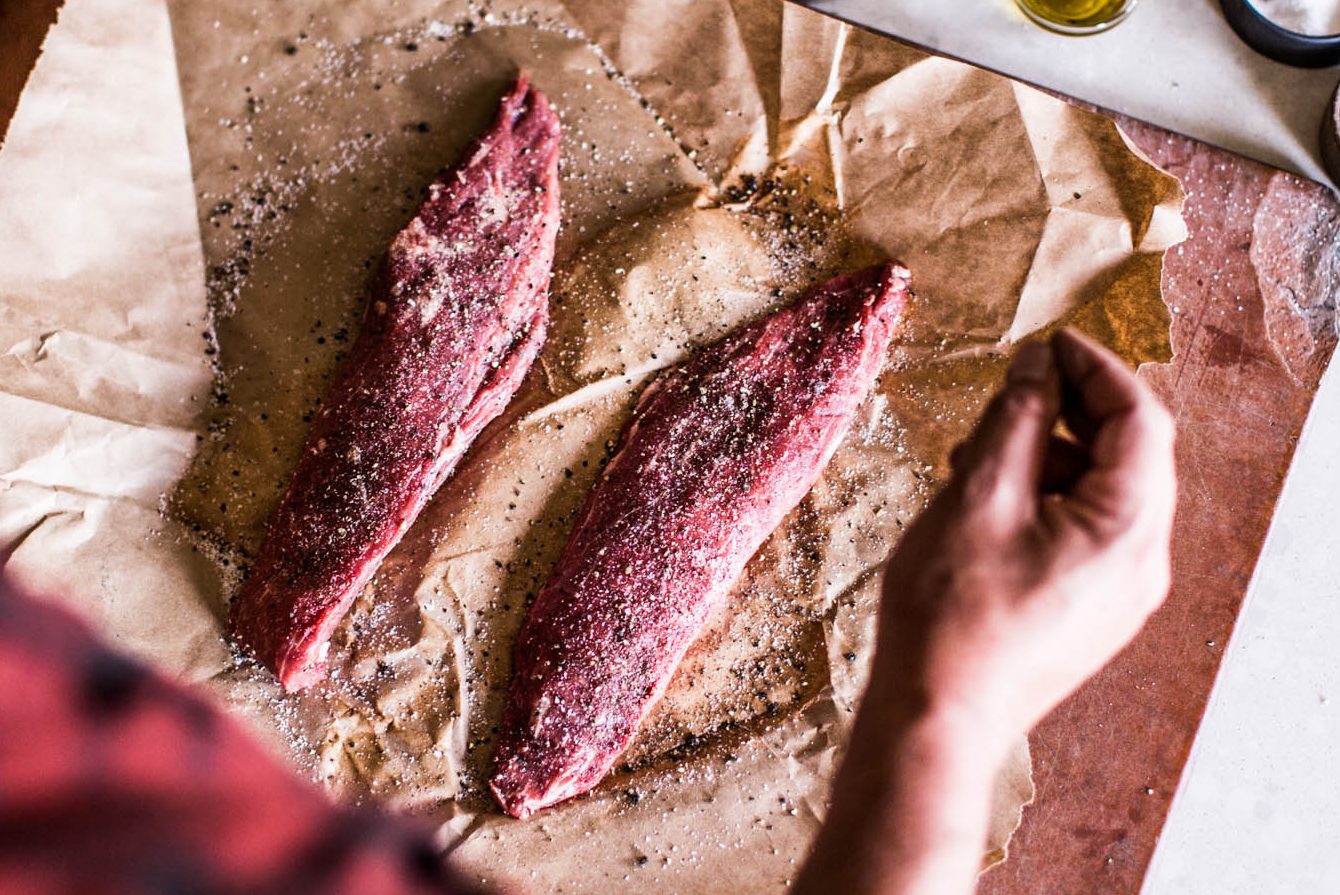 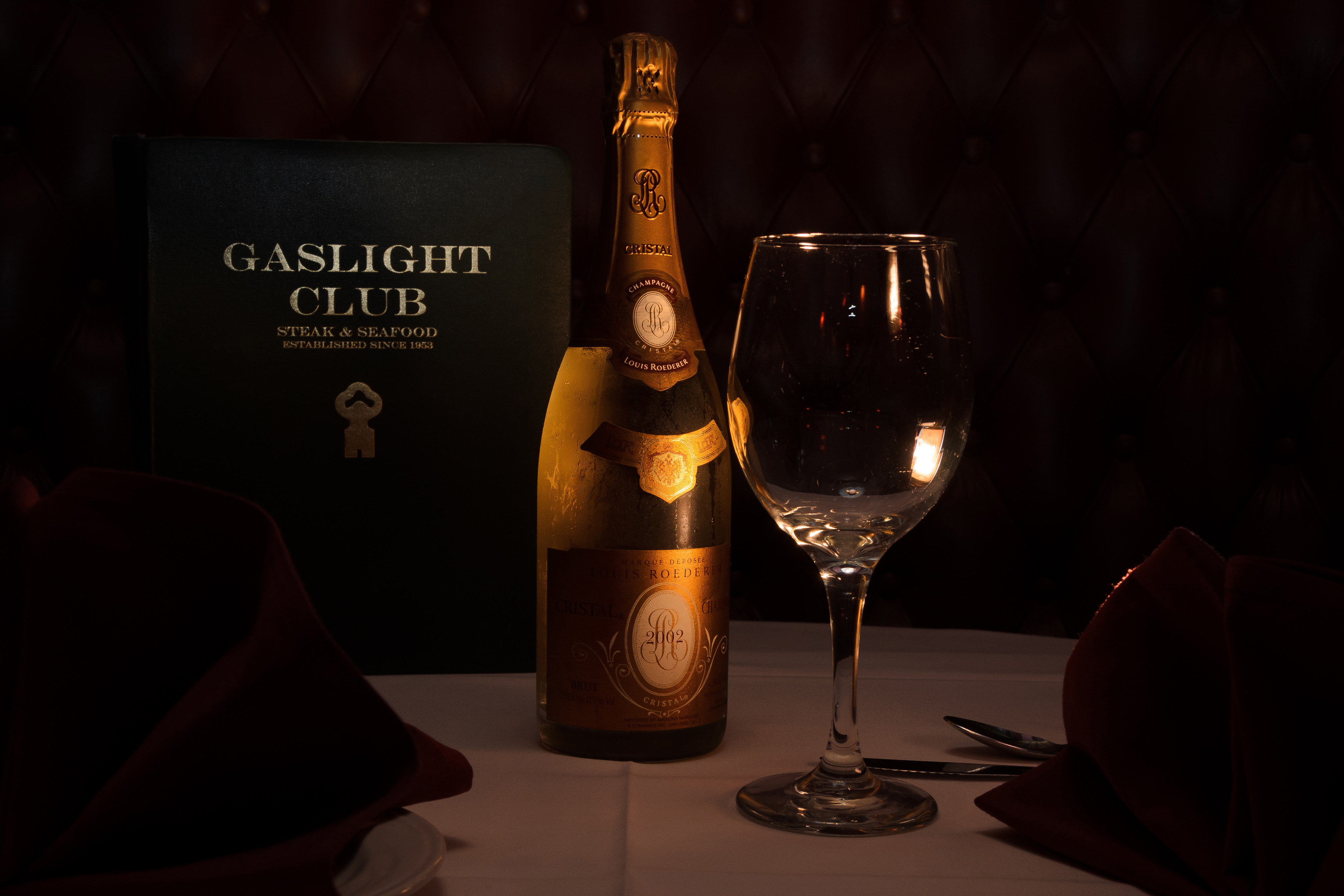 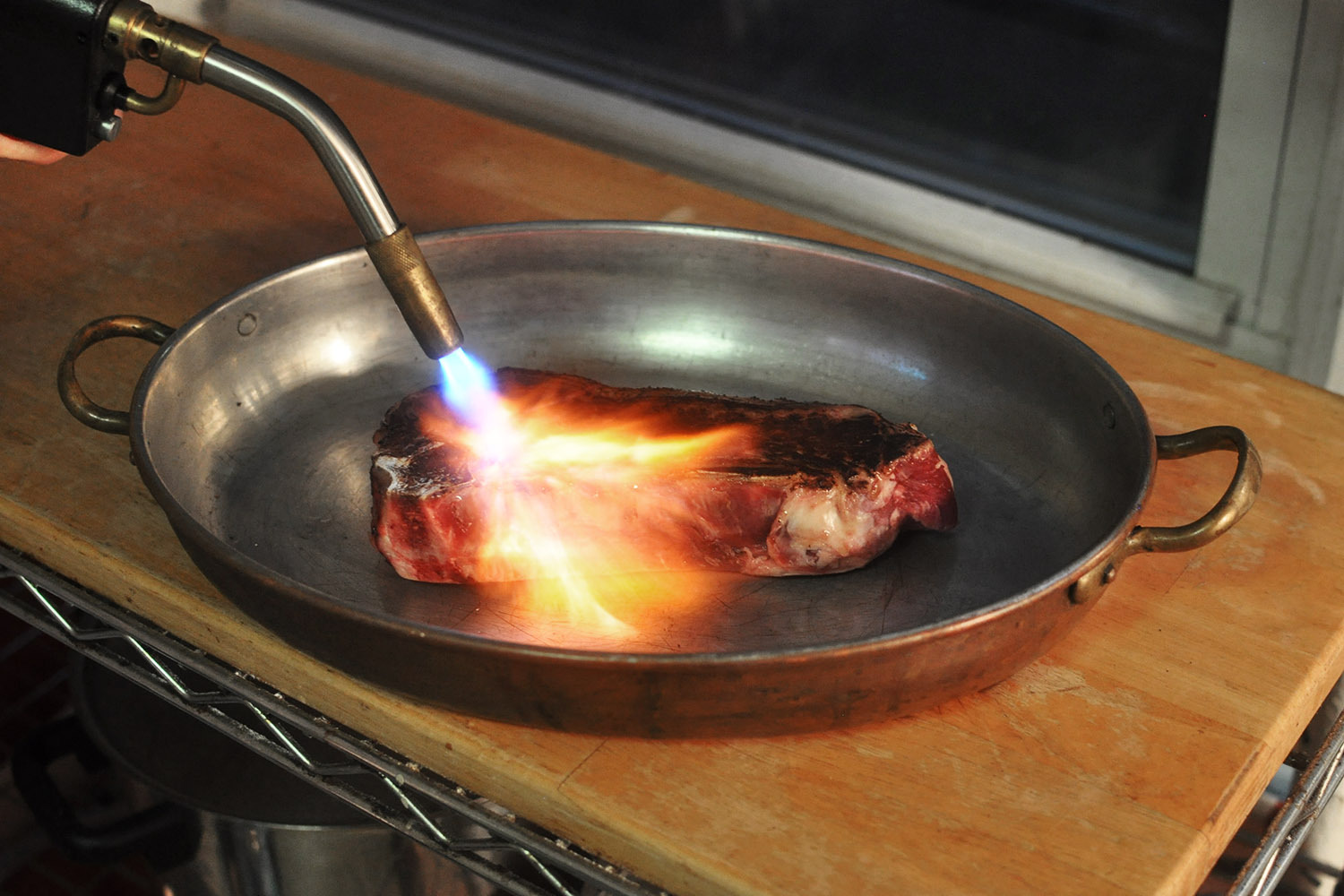