Mr. Siu To is responsible for the city's unofficial signature dish.

Green Onion Cake Man sits at the corner of 118th Ave and a narrow alleyway between 91st and 92nd Streets in the Alberta Avenue section of Edmonton. With a black exterior, the one-story building looks a bit more modern than those surrounding it in the pre-World War II neighborhood. While one might expect a legendary spot like this to be located downtown among hipster coffee shops and vegan brunch meccas, Green Onion Cake Man still feels like an off-the-beaten-path destination restaurant — despite the fact that Alberta Avenue lies less than five kilometers north of downtown.

Inside, the understated wood floor and green walls adorned with randomly-placed paintings and photos give Green Onion Cake Man a welcoming and casual feel. And once you get to know the man behind Edmonton’s unofficial signature dish, everything from said paintings to the pan-Asian menu start to make sense.

So who is the green onion cake man?

Mr. Siu To is an 82-year-old native of Qingdao, China. He arrived in Edmonton from Hong Kong in his late 30s to join his brother, who had previously settled in the Alberta capital.

Upon his arrival, Mr. Siu admits to dining out frequently. Even though there were no shortage of Chinese restaurants in Edmonton at the time, he could never find northern Chinese food to his liking. It was, he realized, a real business opportunity. He went on to open Happy Garden in 1980, despite having no prior experience in the restaurant business.

It took less than three years for Happy Garden to gain popularity. According to Siu, every family in Northern China made green onion cakes at home, but he was the first to begin selling them in Edmonton…and by 1982 others began to follow. Soon, more than 100 Chinese and Vietnamese restaurants in Edmonton were selling their own versions of the green onion cake.

This much was inevitable. After all, New York wouldn’t be New York if Lombardi’s was the only pizza joint in town, and it’s hard to imagine Edmonton having only one place from which to get green onion cakes. Mr. Siu readily admits that green onion cakes are “not rocket science.” (The ingredients are simple: flour, salt, vegetable shortening, baking powder and seasoning.)

Around 2015, after four restaurants and 35 years in business, Siu and his wife (the only other family member currently involved in the business) made a half-hearted attempt at retirement. They left Edmonton for Vancouver, where Siu says they never really made any connections.

After a few years in British Columbia, they moved back to Edmonton, only to find an excess of imitators deep-frying the green onion cakes that Siu had introduced to Edmonton four decades earlier. They reminded him of donuts, he jokes. So, Siu got back to work and started selling his green onion cakes again — first, at farmers’ markets for about a year, then, from October 2019 on, at the current Alberta Avenue location.

One thing that makes Siu’s interpretation his own is the fact that they’re not deep fried (read: they aren’t like donuts), so you won’t need soap to wipe the grease from your hands following consumption. The ones you’ll get at Green Onion Cake Man are, in true Alberta fashion, pan-fried in Canola oil. It’s the same technique he learned as a boy growing up in mainland China (minus the Canola oil), and later in Hong Kong. Siu’s cakes are crispy on the outside, softer on the inside, slightly salty and typically a half-inch high and 5 inches in diameter. And while you can eat them plain, each table has sweet and sour sauce as well as spicy sambal oelek. Siu also recommends trying his green onion cakes with sour cream.

The restaurant’s 22-item pan-Asian menu is effectively a timeline of Siu’s career in the restaurant industry from 1980-present. Not only is Green Onion Cake Man his fifth business venture, it’s also the one most true to his legacy. It opened just before COVID, though fortunately Siu already had an online store by the time indoor dining was shutdown across Canada. Now, whether online or at the restaurant, you can purchase frozen packs of four green onion cakes (to pan-fry yourself or toaster ready) for 10 CAD. There’s even a Green Onion Cake Man YouTube channel with specific instructions on how to prepare many of his cook-at-home meals. In Siu’s own words, “being able to cook is essential to our survival as humans. So, I wanted to encourage people to cook at home.”

To this day, at age 82, Mr. Siu To still works seven days a week. He leaves the bulk of the physical work to his small group of employees, but you can still find him either at the restaurant, or proudly waving the flag at local markets, including St. Albert and Callingwood.

As far as the local food scene is concerned, Siu agrees that it has come a long way. And like anyone who is passionate about what they do for a living, he’s not shy about sharing local suggestions. You can now find Cambodian, Nepalese and East African restaurants within the city limits, and nearly every continent is now represented at the local markets where Green Onion Cake Man is sold.

That said, four decades after settling in Edmonton, Siu is still discovering new places…and he’s still not afraid to try his own interpretations of other Asian dishes, from Indian to Vietnamese to Korean, either. Yes, the majority of the menu is Chinese, but you can also try his takes on Pad Thai, butter chicken, Singapore noodles and pho. In that sense, the signature green onion cakes that made Siu a local celebrity chef are now a gateway to the larger pan-Asian menu he’s began serving back in 2019.

While Green Onion Cake Man does not ship outside of Edmonton, you can try the recipe at home. Below, Siu To’s original green onion cake recipe: 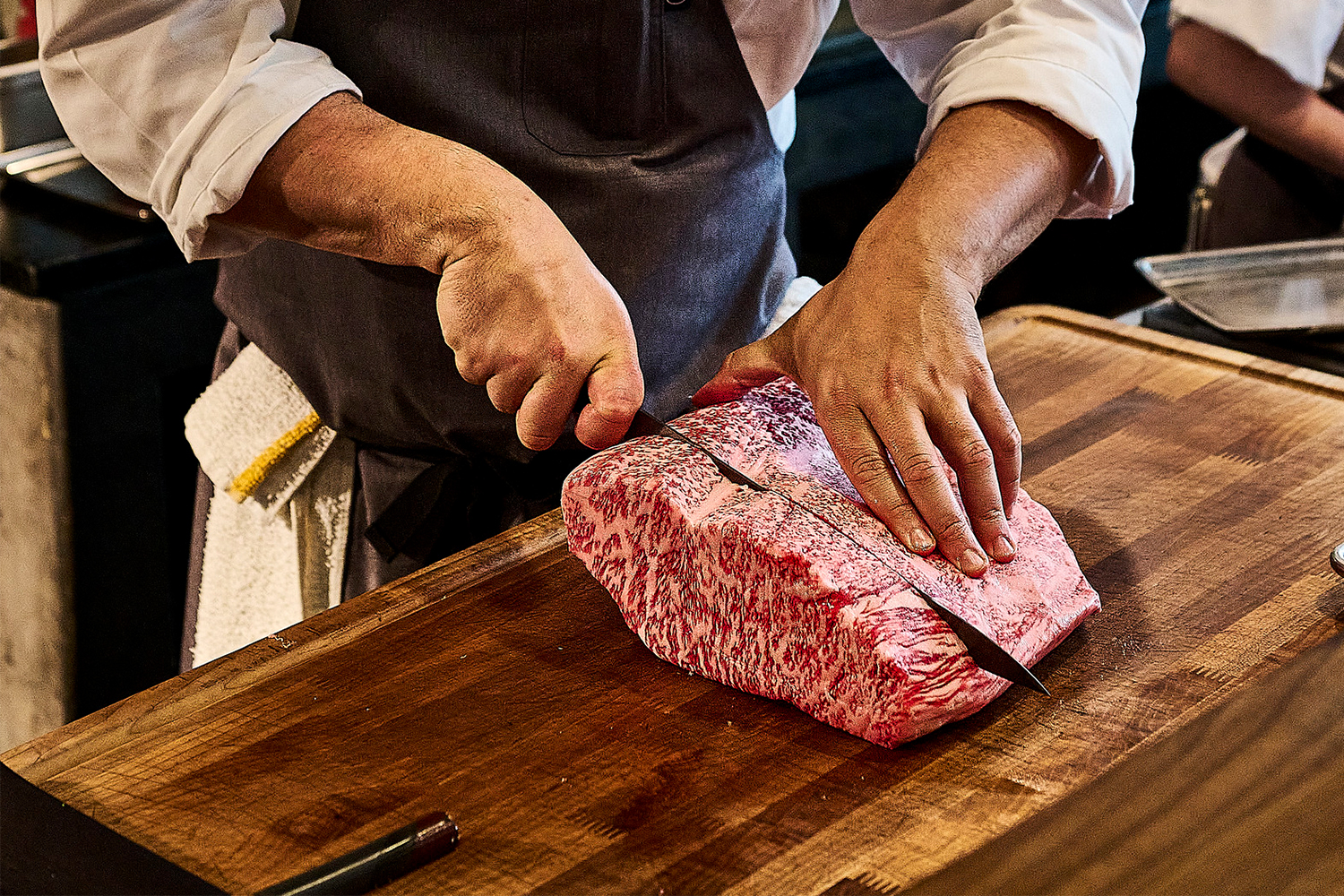 We Got a Recipe for “The Perfect Steak” From Niku Steakhouse 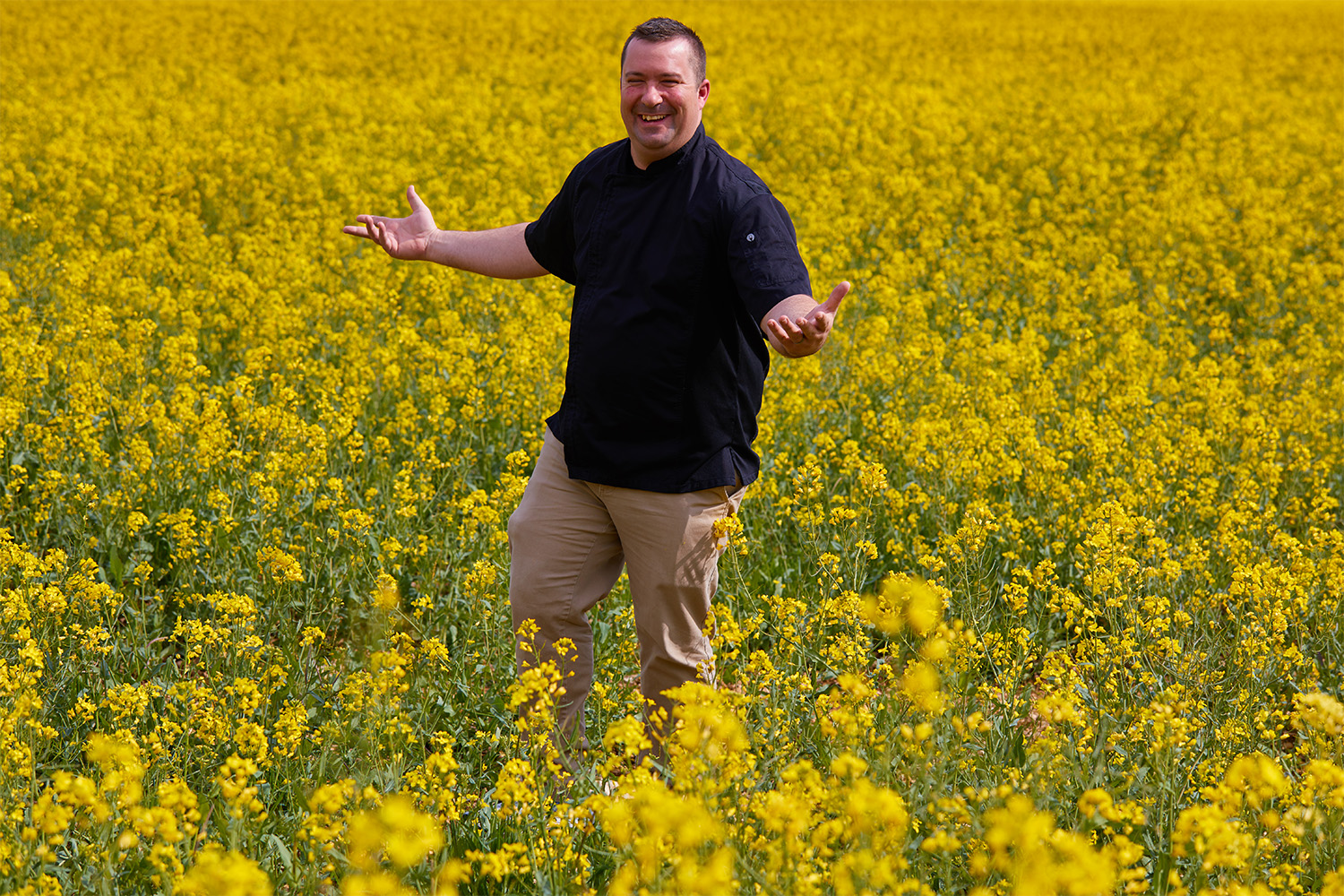 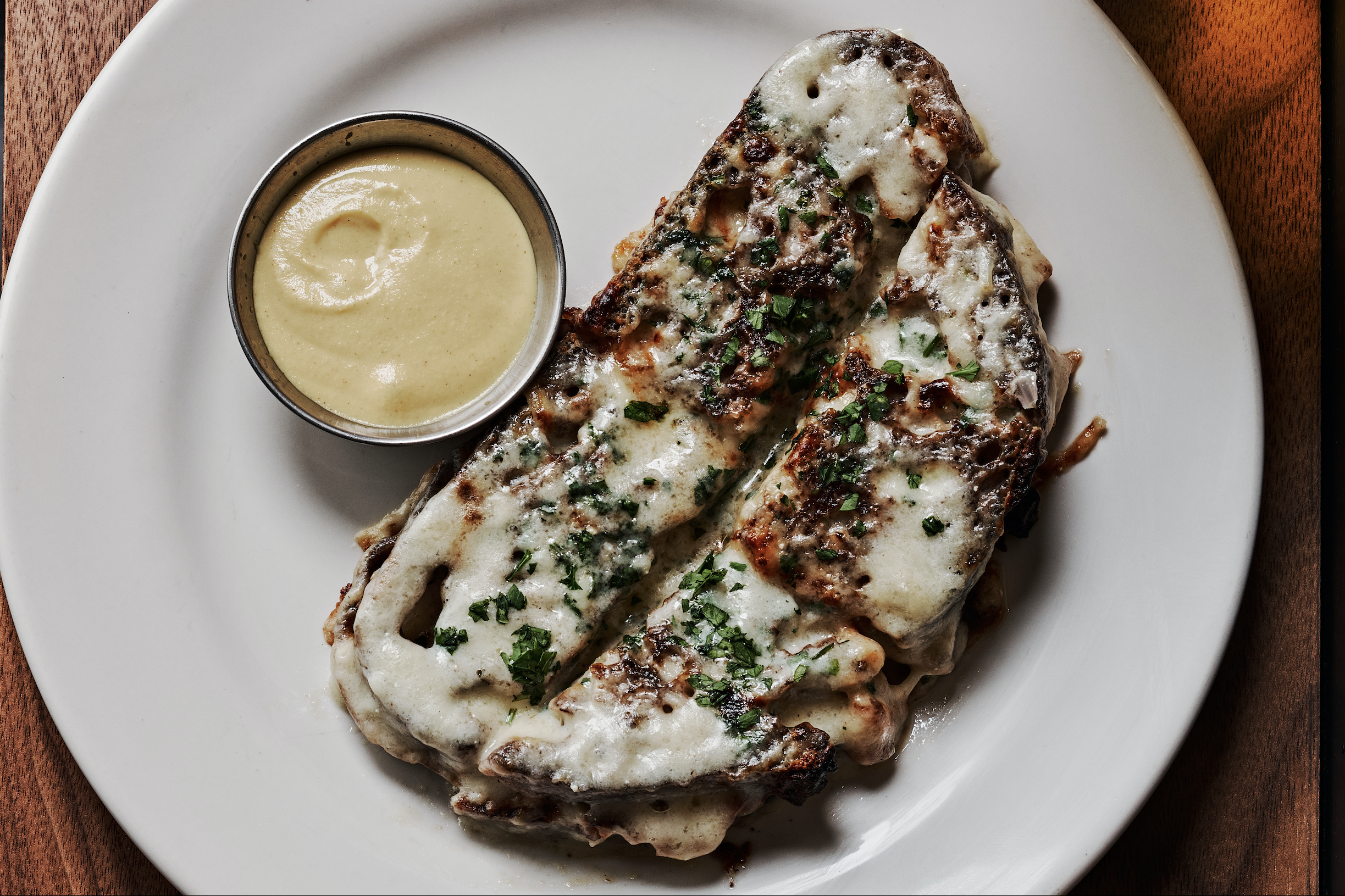 A Brunch Fave, the Crunchy Gentleman Is Also a Perfect Midnight Snack