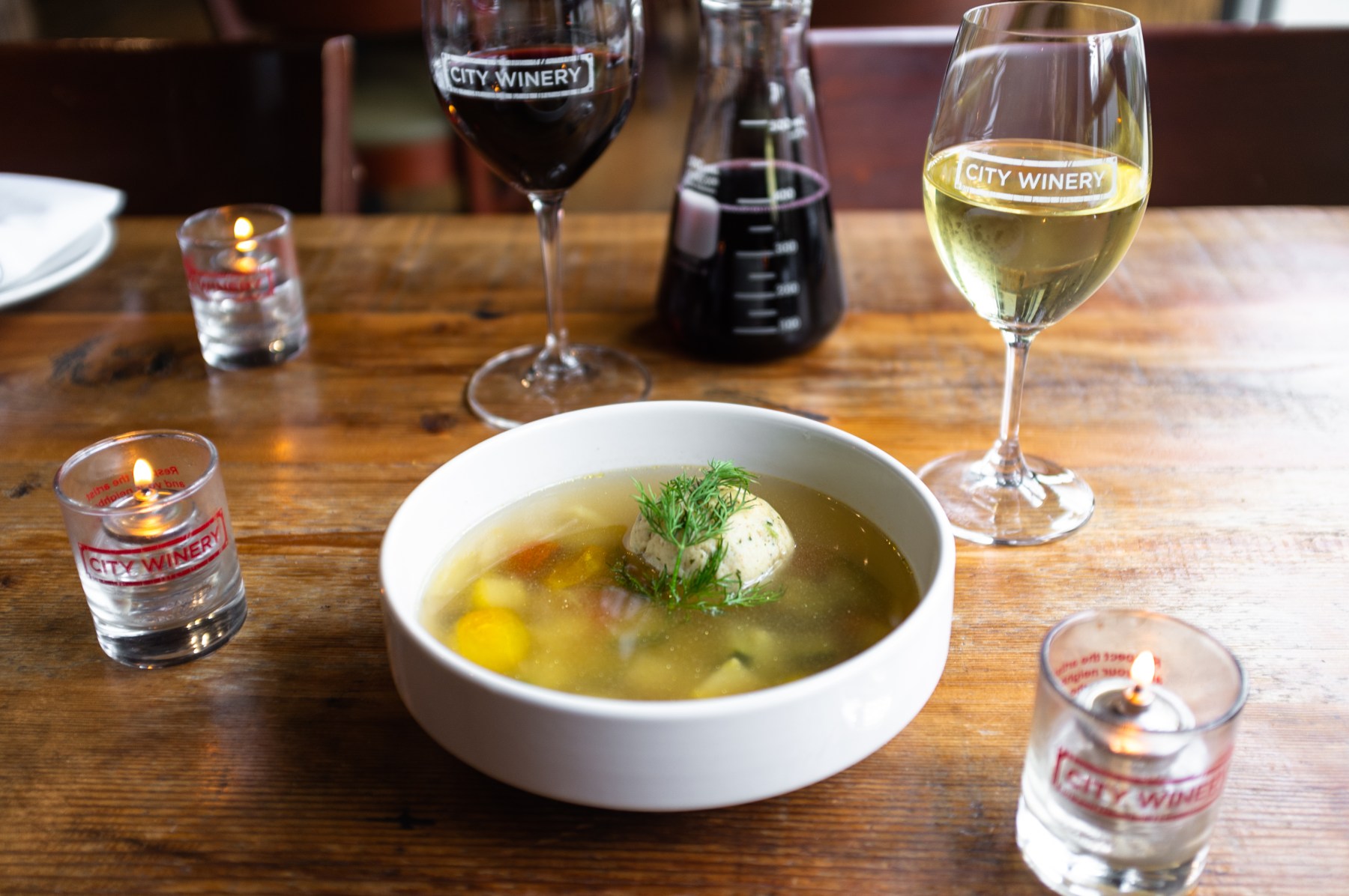 You'll need to provide the Matzo ball soup this year, but City Winery will provide the proceedings
City Winery
By Eli London / April 6, 2020 11:40 am

I am Jewish. But I am certainly not what anyone would consider an especially devout Jew.

I don’t keep kosher. I don’t abstain from work on shabbat. Hell, I was never even mitzvah’d. But I do — as I think many Jewish Americans do — identify as culturally Jewish. I enjoy the community and familial aspects of it. I fast with my Jewish friends on Yom Kippur and always attend a seder, generally with in Manhattan at my friend’s parents’ extravagant Upper East Side brownstone with their entire extended and very opinionated family. Last year, my parents were in town and we went to my father’s childhood friend’s house in Westchester, where we met a particularly ornery and hard-of-hearing bubbe along with quite a few other characters.

The food, as is the case at any Jewish event featuring a cook over 50, was delicious, hearty and sentimental. The aroma of brisket filled the house. Matzo ball soup sloshed around bowls that were carefully ferried to tables. A lot of wine bottles were emptied. But more importantly than the food was the conversation with the eccentric, neurotic aunts and uncles who could all have their own reality shows. There’s a collective understanding among everyone that this is something we have been doing for thousands of years and something we will continue doing for many more.

Except, well, this year.

As we all know, COVID-19 has rendered gatherings, especially with elderly family members, at best incredibly irresponsible and at worst literally impossible. With social-distancing measures in place, gatherings via Zoom and Google Hangouts and House Party have become the new norm — and that is undoubtedly now many a family seder will take place this year as well.

This scenario gave Michael Dorf, CEO and Founder of City Winery, a great idea for combating our shared loneliness during one of the most important Jewish holidays of the year: a star-studded virtual version of his annual Downtown Seder.

Dorf said he’s been hosting interpretive, artist-driven seders for more than 25 years, even before his days as the founder of Brooklyn entertainment mainstay The Knitting Factory. In 2008, he founded City Winery, a concept meant to combine high-quality, diverse wines with gourmet food options and most importantly, live entertainment. The live seders fit in perfectly there, and became a yearly mainstay. They hosted them in five different cities last year.

When I chatted with him last week, Dorf was very passionate about why Passover is so important, saying, “The story of leaving Egypt is something that transcends Judaism and something that can appeal to anybody who believes in civil rights and the fight against tyranny.”

With live, in-person seders not feasible this year, Dorf decided to reach out to his rolodex of artist friends and ask them to send him videos reading different portions of the Haggadah (the book that guides the Passover seder), which he’ll piece together to form one coherent seder.

The list of performances includes Lewis Black discussing bitter herbs, Peter Yarrow singing civil rights songs, Judy Gold doing a rendition of Dayyenu, Congressman Jerry Dadler asking the Four Questions (of his own choosing, political to be sure), Al Franken giving a talk from his shower and countless other well-known artists and entertainers doing their thing as well.

“In the Haggadah, it says to retell the story in a language that people will understand,” Dorf tells InsideHook. “It was originally in Aramaic and Hebrew, and most Americans don’t speak those. I interpret that as the language that a lot of our customers understand is the language of the arts, comedy, music, etc. If we can retell the story in a way that people identify with, we’re following the ultimate commandment. So what we’re doing is reasonably kosher.”

Access to the seder is free, and when we talked, Dorf told me they had already had more than 10,000 calendar adds from the event page. The streaming event will go live this Monday, April 6th, two days before actual seders are meant to take place. Dorf explained that they always do it this way, so interested parties don’t have to choose between this and a seder with their families.

Dorf says it’s sure to be a powerful evening, and in at least one Jew’s opinion (mine), that sounds like something we could probably all use right now.