Because you may never get another chance

One of our favorite limited-edition whiskies.
The Glenrothes
By Kirk Miller

Sure, whisky is a great investment, so even if you spend a lot, you could earn it back. But the fun with rare Scotch, bourbon, Irish whiskey, et al? Tasting something almost nobody else will ever experience.

In the past few months, several whisk(e)y brands from around the globe have opened their vaults and prepped new, very limited-edition releases. The good news? All of these bottles are great. A few are actually mind blowing. And all certainly offer something unique. The bad news? The degree of difficulty in obtaining any of these tipples ranges from near impossible to “open your 401K and we can talk.”

Fortunately, of the seven new and rare bottles below, we managed to try six of them — we didn’t have $83K for The Macallan.

How do you celebrate 150 years? For George Dickel fans, you use liquid curated from just 20 barrels from around the time that distillery returned to action in 2003. Arriving in a sandblasted ceramic bottle, the labels here are handprinted via a 130-year old press. This is a Tennessee whisky, so that means charcoal-mellow filtration (in open air vats) and a smoother taste. Overall, notes of brown sugar, dried fruits, nuttiness and yes, a taste as “mellow as moonlight,” as the bottle suggests.

How to get: Only “regionally available” in Tennessee, California and Texas at $250.

The latest single barrel via Sazerac honors both bourbon legend Colonel Edmund Haynes Taylor, Jr. and the 124th anniversary of Bottled-in-Bond Act — a consumer protection law that provided a government-backed guarantee to consumers that their whiskey was produced to a certain standard (not adulterated, made at one distillery in one distilling season, aged for a minimum of four years in a government bonded warehouse under government supervision and bottled at 100 proof). Aged in a warehouse built by Taylor in 1881 and put in a barrel in early 2012, this limited release is sweet (almost marzipan), raisin and honeyed with hints of tobacco and rye on the finish.

How to get: The bottles for this particular one-off are earmarked for Chris Stapleton’s charity, Outlaw State of Kind, so we suggest you follow them (and donate, of course).

Aged 15-17 years and finished in rare casks raised from five-year air-seasoned Appalachian oak, this spicy 99 proof release represents a blend of the oldest and rarest liquids from the stocks of this Brookyn distillery. Notes of hickory, menthol and earl grey tea are present; the oak and a bit of cherry abound in a very dry finish.

How to get: Good news, Flaviar has a few bottles for $250

A collaboration with British pop artist Sir Peter Blake, this collection arrives with its own virtual art exhibit and each of the 13 bottles features a unique piece of art that relates to The Macallan’s history. As for the whisky: This 1967 single malt features notes of oak, dried fruit, fig, chocolate. ginger, pineapple and peach.

How to get: Sotheby’s will auction off one of the original bottles in March as part of a Guggenheim Museum fundraiser. Otherwise, look for the The Anecdotes of Ages Collection: Down to Work Limited Edition, which is 322 bottles that feature the same liquid but only a duplicate of the artwork on the 13th bottle. That’ll run you about $83,000.

Irish whiskey is usually an approachable gateway whiskey. Not here. Triple distilled from malted barley, dried over peat fires and matured in both bourbon and sauternes French wine casks, Blackpitts is a deceptively light-colored tipple that brings together a fruitiness, butterscotch and smoke. It’s like a campfire dessert.

How to get: Admittedly more rare as a concept (peated Irish single malt) than rare in quantity, you can find this one on ReserveBar for $86.

Commemorating the retirement of Ardbeg Distillery Manager (and one-time Distillery Manager of the Year) Mickey Heads, Ardbeg’s new limited-edition release is wholly matured in ex-rye casks. This is a smoke monster to start, but gives way to some fruit, toffee and the rye spice. Surprisingly lovely, as a tribute should be.

How to get: You have to be part of the Ardbeg Committee, which is thankfully free to join.

The Speyside distillery just released its 50th and final bottle of this 50-year-old single malt. Decanter #50 was crafted in collaboration with Hamilton & Inches and decorated with 22 carat Scottish gold from Scotland’s only gold mine. As with the other 49 bottles, this whisky was matured in sherry and bourbon oak casks. For celebrating 50, this is a boldly flavorful and fruity release, with notes of cloves, vanilla and cedar present.

How to get: Sadly, this particular bottle was just auctioned off last week for charity, but ReserveBar has one of the others for $35,000. 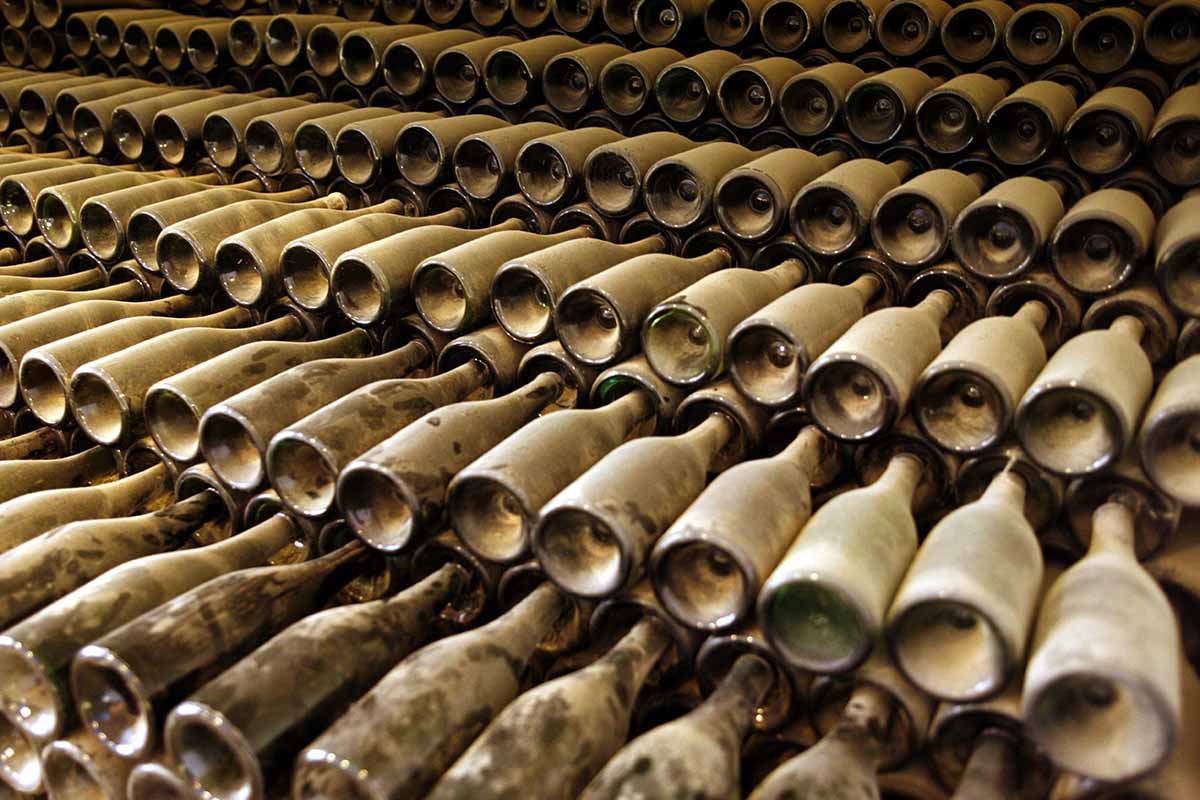 What Are “Dusty Hunters” and How Do They Get All the Great Vintage Whiskey?
Our 7 Favorite Bottled-in-Bond Whiskies 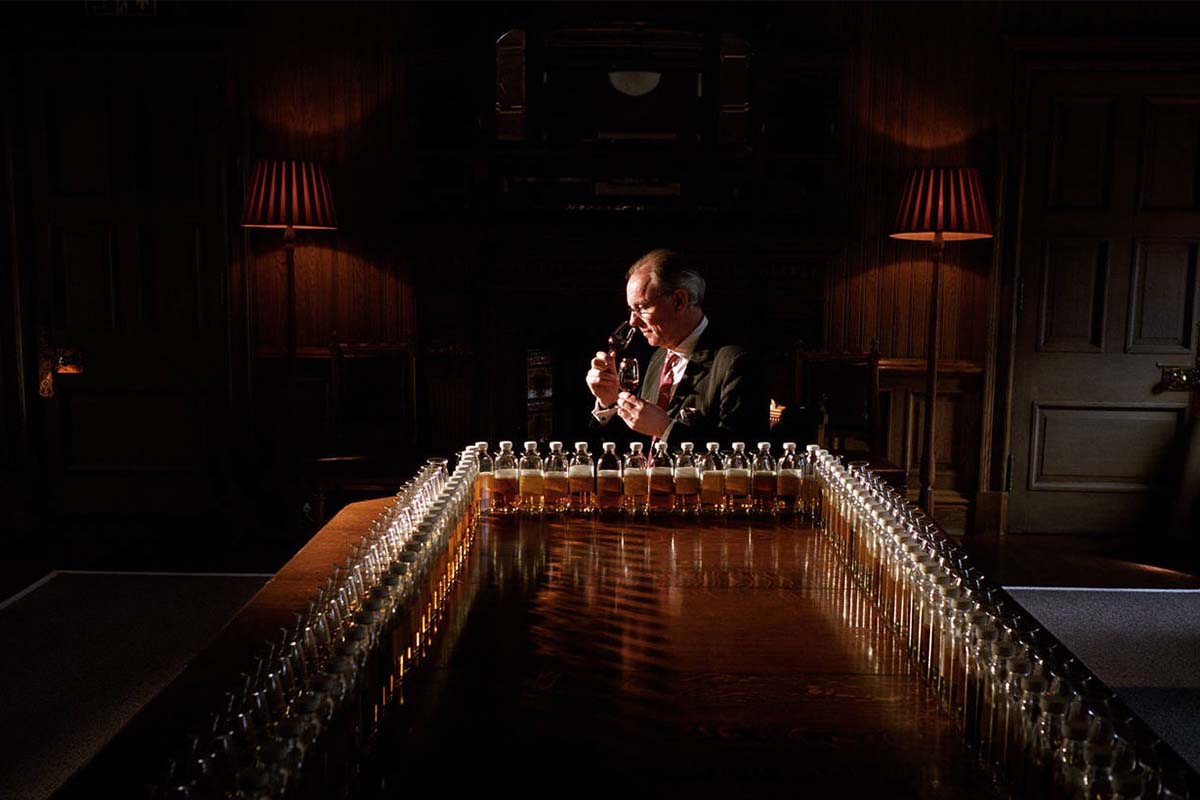