The first release from the Minnesota-based O'Shaugnessy Distilling Co. showcases the best of American and Irish whiskeys, all for just $30

The upstart O’Shaughnessy Distilling Company is located in a rather, well, underutilized outskirt of Minneapolis. Yes, it’s located next to a popular two-story brewery and across the street from a new artisanal food hall. But the new home of the nascent whiskey brand is also surrounded by a lot of shelled-out buildings (not literally, but in aesthetic terms), empty fields and dead space.

Hence, that Chernobyl comment from a member of our small tour group when we arrived at O’Shaughnessy, a beautiful new structure that pretty much didn’t exist a year ago except in the most bare bones of form.

“This building we’re in now was an old potato processing building,” explains Michael O’Shaugnessy, one of the founders of the namesake distillery. But when Michael, along with his cousin Patrick, were trying to convince one of the world’s best-known master distillers to come over and help craft a new style of whiskey, they had nothing to show.

“I came into Minneapolis in January of 2020 to get a feel for the place,” says Brian Nation, the transplanted Master Distiller, formerly of Irish Distillers. “None of this existed when I arrived. We couldn’t even get into the area when I visited.” 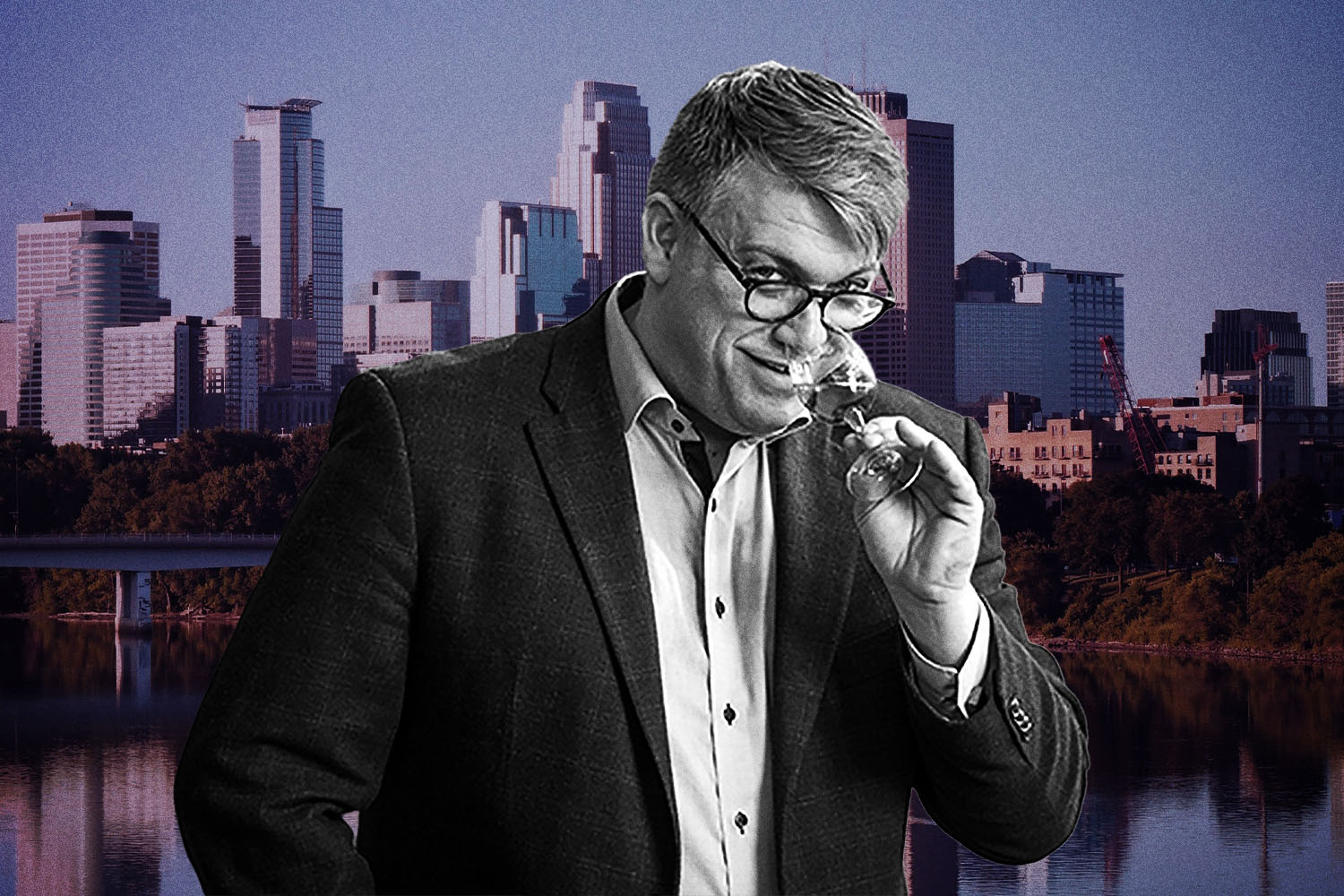 Essentially, Nation — the man in charge of renowned Irish whiskeys such as Jameson, Redbreast, Powers and Midleton — was being courted from a dream job in his homeland to not just the middle of the United States, but also to a semi-desolate lot to help launch a distillery from the ground up. And he pretty much only had the enthusiasm of two cousins (who were strangers to him) with little professional booze experience as an enticement.

It sounds like a recipe for disaster. Instead, it was the beginning of a beautiful friendship. And potentially, a reimagining of two styles of whiskey.

Eighteen months after Nation had to simply imagine a company because he couldn’t even get into the lot that housed the old potato building (in the midst of a Minnesota winter, and two months before Covid went global), we’re all sitting in a sparkling new three-floor distillery and visitor center.

And we’re about to taste Keeper’s Heart, the first release from O’Shaughnessy. It’s an attempt to fuse two very different worlds of whiskey — Irish and American — into something never really seen (or tasted) before.

Yes, the first release is sourced juice. The rickhouses aren’t built and the copper pot stills are ready but weren’t in action when we visited in late June. So for now, Nation is simply trying to get the idea of O’Shaughnessy across with the distillery’s first release.

We’ll dive into this remarkable Irish-American hybrid shortly. The first, big question is, how did the O’Shaugnessys sell a world-class Master Distiller on upending his life?

The official company story is that American cousins Patrick and Michael O’Shaughnessy were inspired to start a whiskey company — and pay homage to their Irish heritage — during a large family reunion. Conversations turned to dedicated research, which turned to outreach to the Irish whiskey community.

Unsurprisingly, not a lot of big names in that whiskey world responded to a couple of American newbies.

“We had to grapple with the history, expertise and experience of Irish distillers, but we were told early on, ‘you will never find an Irish master distiller,’” remembers Patrick. “And no one is going to join a fledgling startup in Minnesota.”

Still, the cousins — successful entrepreneurs outside of the alcohol realm — had a vision. Irish whiskey was the fastest growing booze category in the world several years running. They also knew Irish whiskey was once the dominant whiskey across the globe, producing around 80 percent of the world’s output (then came world wars, temperance movements and the ascendance of the Scotch industry and its embrace of the more efficient column still). And they wanted to embrace their heritage, along with the growing acceptance of Irish whiskey, while staying close to home.

“There’s a renaissance going in Irish whiskey,” says Patrick. “And we wanted to do something special. But we’re Irish Americans today. So what can we do to innovate?”

An exploratory email sent to Nation resulted in a surprise: A returned phone call that turned into a meeting and dinner in Dublin just days later. “We jumped on the chance to go over there, and Brian was gracious enough to entertain us,” says Michael. “It was a long shot, but ended up enjoying each other’s company. There was an immediate connection. We just hit it off and there was trust out of the gate.”

Nation was intrigued, though not convinced. “I told them I was happy where I was and I wasn’t looking for a new job,” he says. “Even my wife was saying, you’re busy enough, why are you even taking this call? But their passion for this, and the knowledge they had, was unbelievable.

“And when I finally did see the place, I thought it’d be a great adventure, to build something from the ground up and make an innovative spirit.” (Nation’s background in engineering, which pre-dates his distilling experience, certainly helped the O’Shaughnessys with the final build of the distillery.)

David Perkins, the founder of Utah’s High West distillery, is raving about Keeper’s Heart, the first and core release from O’Shaughnessy. We’re all in a downstairs tasting room at the Minnesota distillery — which, by the time you read this, should be open or close to opening to the public — sipping the three individual spirits that together make up the distillery’s first commercial foray into the whiskey world.

Keeper’s Heart is a sourced four-year old pot still Irish whiskey, a four-year old grain whiskey from Ireland and a four-year old rye from America. Adds Perkins, who’s now on board at O’Shaughnessy as a Liquid Collaborator and Advisor: “All those components together, it’s unbelievable how good it became. And it’s unbelievable how some of the original prototypes weren’t so good.” (Nation estimates he went through 45-50 prototypes, with the whole process having to be done remotely and through a global pandemic.)

The addition of Perkins to the distillery was a smart move; Nation was a longtime fan of High West, and the two had kept in contact for over a decade. “They were so innovative with their melding of Scotch and American whiskey,” notes the master distiller.

A like-minded process is now taking place in Minneapolis, utilizing Irish whiskey in lieu of Scotch and, once the distillery’s own juice is ready, the triple copper pot still traditional style of Irish whiskey but made with 100% American grains.

But today, we have Keeper’s Heart. On their own, you can see what each component brings to the final mix. The copper pot still Irish whiskey adds spice, fruit, baking spices and some toasted oak, along with a creamy mouthfeel. The Irish grain whiskey has a floral aroma and some vanilla sweetness. And the sourced MGP rye from Indiana contributes an herbal element, a bit of dill, baking spices, nutmeg and, as Nation notes, a “syrupy, oily mouthfeel.”

Together? Spice and tropical fruits on the nose, with hints of cinnamon and cloves (and maybe even a bit of Tootsie Roll). A creamy sweetness on the palate, with the charred oak and wood contributions evolving more on the finish.

I tried Keeper’s Heart multiple times on its own — what I liked is that, depending on the sip, I could pick out all of the disparate elements. But it’s truly a sum greater than its parts. Interestingly, while I liked it on its own and for its incredibly accessible price ($30), it’s fantastic in cocktails. All of those unique flavor levers can be pushed and pulled in different directions, making it one of the versatile whiskeys on the market. Want something citrus-y? Want a new take on an Old Fashioned? Want a highball? It works equally well in all drinking situations.

It’ll be roughly 2-3 years before O’Shaugnessy is producing its own stuff, but in the meantime, expect some innovative barrel maturations of sourced 10-year Irish whiskeys (e.g in Spanish Malaga barrels) and some other limited-edition releases.

Everything O’Shaughnessy does, however, will have the same core mission. Says Nation: “We’re looking to put something together to showcase the best of American and Irish whiskey.” 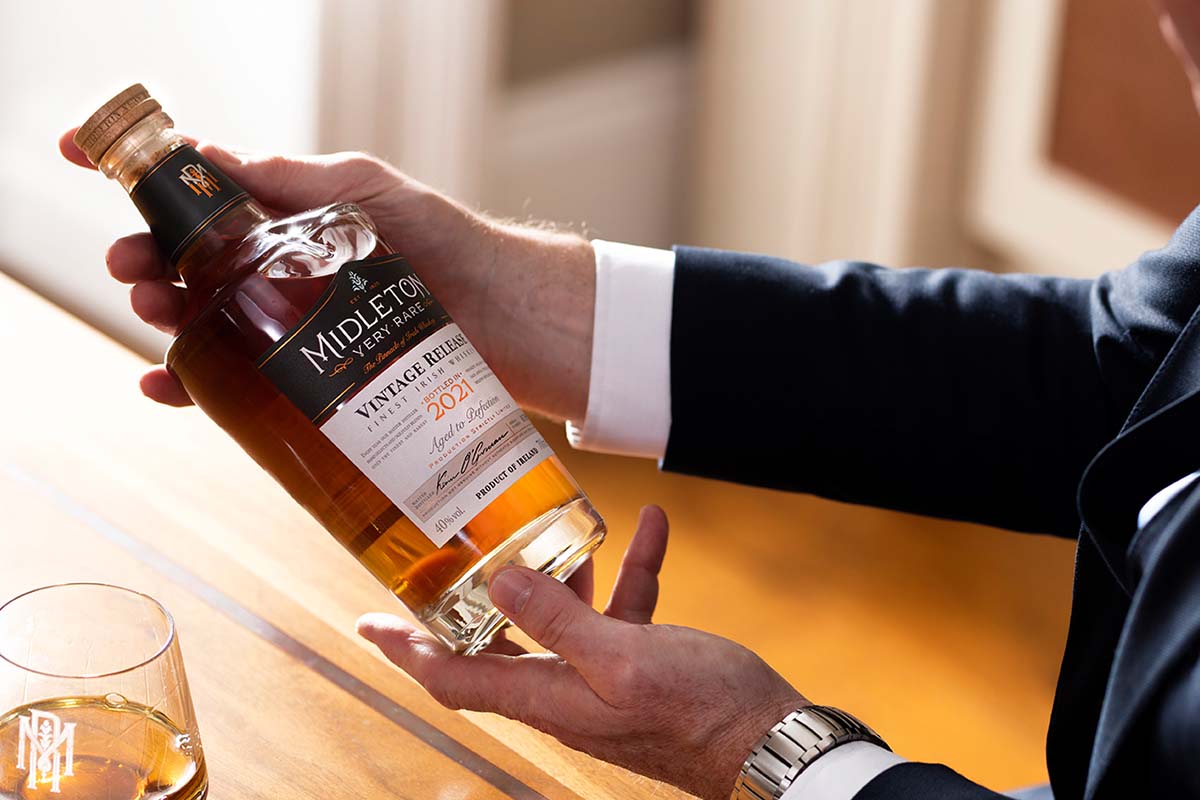 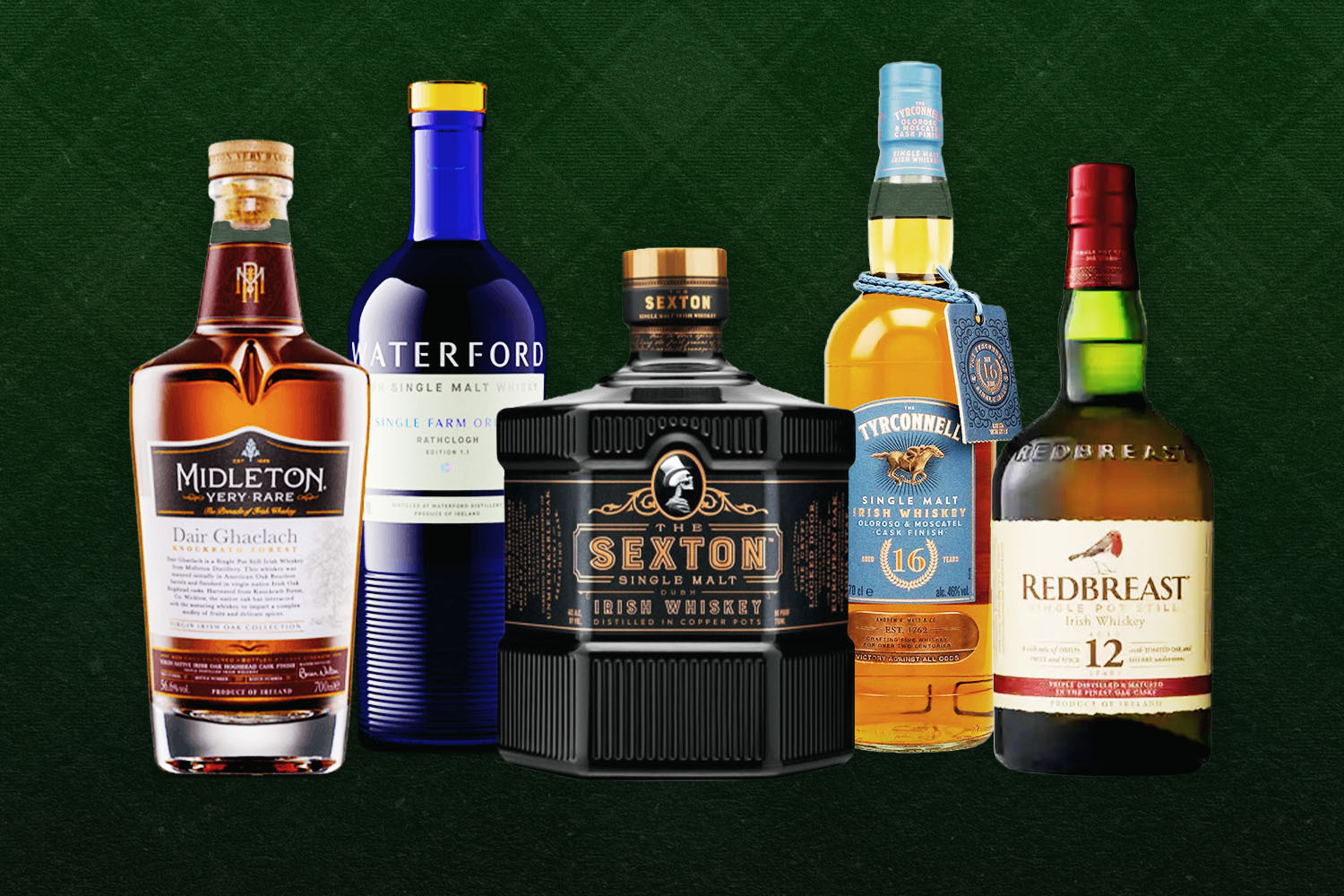 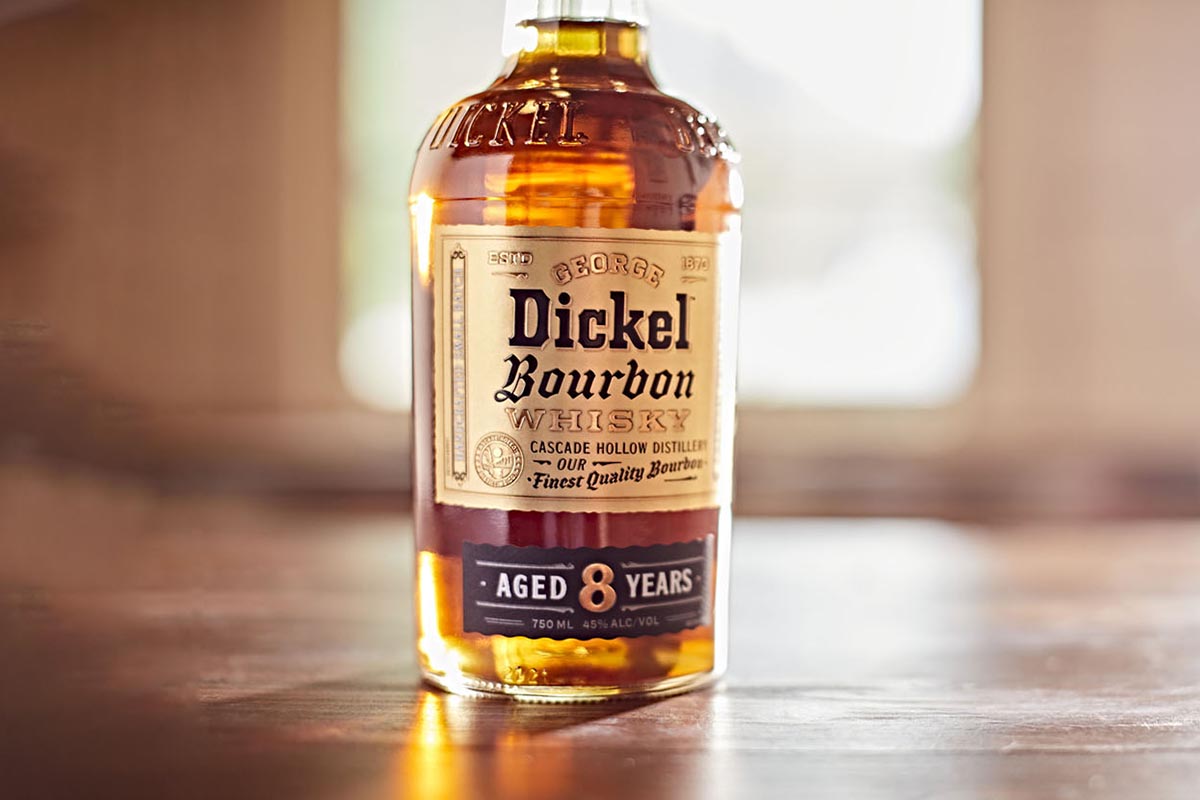 The Best New Whiskey Releases to Seek Out This Week