Every fall sees the release of the limited-edition Buffalo Trace Antique Collection (BTAC), featuring an assortment of uncut and unfiltered whiskeys as old as 17 and 18 years. These bottles usually go on to win major spirits awards and also, inevitably, sell for much more than their $99 retail price.

But last year saw a small blip: Within the usual cherished lineup of Willaim Larue Waller, Thomas H. Handy Sazarac, Eagle Rare 17-Year Old and Sazarac Rye 18-Year Old, there was no George T. Stagg release. “Before any barrel can be dumped and bottled, it goes through rigorous testing procedures numerous times to ensure it is meeting the quality standards set forth for that brand,” said Buffalo Trace Master Distiller Harlen Wheatley in a press release at the time. “Unfortunately, this crop of barrels earmarked to be Stagg back when it was put in the barrel in 2006 did not meet the Stagg profile today.” 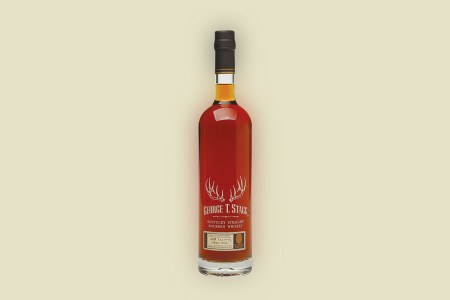 The annual George T. Stagg release was not "up to par," according to Buffalo Trace

Thankfully, this year’s BTAC — an annual tradition that dates back to 2000 — sees Stagg’s return, and at its highest proof (138.7) since 2016. “This year’s barrel release showed familiar Stagg character and then some,” Wheatley tells InsideHook. “We were very pleased with the complexity and marriage of flavors.”

The five ensemble members of the Antique Collection utilize three distinct mash bills: rye mash bill #1, wheat mash bill and straight rye mash bill.  The collection is sold separately and only available once a year, with bottles showing up in mid-November for, let’s be honest, much more than the $99 retail price.

“We’re very fortunate to see our fans show high demand for them and we are very grateful,” says Wheatley. “We do get hundreds of emails and see people lining up for their chance to enjoy them as they are intended, and we thank them for their efforts.”

If you’ve tried these expressions before, you’re bound to be happy with this year’s batch. As Wheatly notes, the distillery “tries to limit surprises” by doing plenty of pre-testing and sampling along the way.  Buffalo Trace also keeps “at least one of every variety” to compare each new year’s release against multiple prior releases.

As usual, the distillery is pretty transparent about exactly where in the warehouses the barrels for each release were sourced.

“Each warehouse does deliver taste nuances based on location,” Wheatley explains. “We try to select the barrels based on their anticipated use and we know where to find the good ones.”

Below, we rank the five new releases and give a bit of background on each.

The return of Stagg finds this release, aged in new charred oak barrels, at 15 years and 5 months old at the time of bottling with a proof of 138.7. This year’s barrels were aged in warehouse K.

Our take: Heavy oak and brown sugar on the nose, this one features a lot of fruit (like raspberry and cherry) and burnt caramel on the palate, with plenty of baking spice and coffee notes on the finish. And a few drops of water it’s like creme brulee, albeit a burly one.

An uncut, unfiltered wheated bourbon. The previous release won a Double Gold medal at the 2022 San Francisco World Spirits Competition.  The 2022 release was distilled in the spring of 2010 and barrels were aged in warehouses C, K and N, and features a proof of 124.7.

A lot of toasted coconut on the nose and palate here, along with a peppery spice, vanilla and a bit of fruit (orange peel), with some mint that lingers on the finish.

An uncut and unfiltered straight rye whiskey. This year’s Handy was distilled in the spring of 2016; aged in warehouses I, L and M and weighs in at 130.9 proof, the highest proof for this whiskey since 2012.

Some caramel here, a lot of orange, citrus and marmalade, with notes of rich tobacco, anise and cinnamon on further sips. A little water really opens this up and amps up the fruit.

The barrels for this straight rye whiskey release were filled in the spring of 2003 and 2004 and rested in warehouses K, M and P.  It’s also bottled at a modest 90-proof.

Even at the lower proof, there’s a lot of kick here — it’s grassy, with hints of lemon (almost Lemon Pledge), molasses, oak and mint.

This 101-proof whiskey was distilled in the spring of 2005 and barrels were aged in warehouses H, K and L.

Tobacco and cherry on the nose, with plenty of oak, cocoa, vanilla and dark fruit on the palate, with a quick but spicy finish with hints of butterscotch. 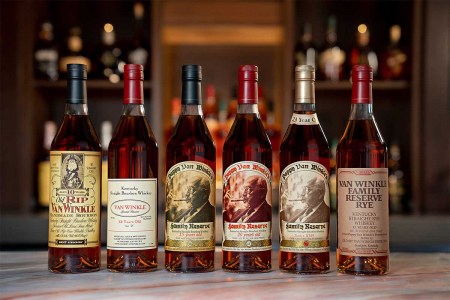 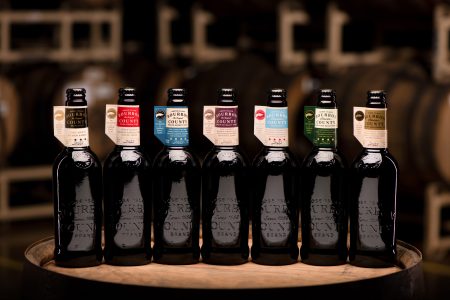 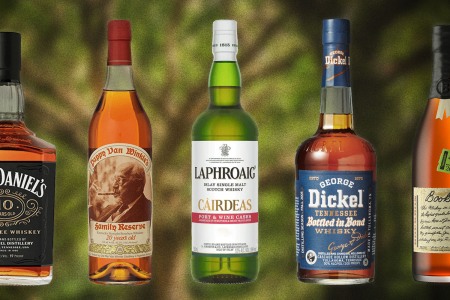