Red, white, orange and bubbles — these are the wines that kept us up at night (and many of them are quite affordable)

Last year was a good year to drink wine. After the last few years, we could (finally!) sit shoulder to shoulder in our favorite wine bar and hop on a plane to Burgundy, Sicily, Chile, Croatia or wherever our wine cravings took us. It’s safe to say that a lot of great wine was drunk this year.

We drank hi-fi magnums and lo-fi, low-alcohol piquettes. We explored new regions, from the Finger Lakes to the farther reaches of Eastern Europe, to the old favorites of Burgundy and Penedes. Sometimes we even skipped the booze altogether, but that doesn’t mean there wasn’t something good in our glass. What wines am I still thinking about? As we look back on 2022, these bottles are stuck in my head.

Founded by four friends who met in winemaking school, Envinate skips the standard Spanish wine regions and instead harvests grapes from odder, more idiosyncratic vineyards on the country’s coast. From those craggy cliffside vineyards and coastal vines, this Spanish winery produces utterly wild, unique wines with a distinct sense of place.

This particular bottling was born from negramoll, listan negro and listan blanco grown on ancient vines up the Northeast coast of Tenerife. It’s superb and wildly complex with savory-spicy, umami-ish notes that are perfectly balanced out by black pepper and mineral-y dark fruits. Every sip had me in a nerdy little tizzy. ($48)

While many of today’s trendy skin-contact (read: orange) wines are bracingly tart and tannic, Ryan Stirm’s new Calcite has the perfect kiss of skin maceration. That’s because the blend of old-vine California chardonnay, riesling and scheurebe (an aromatic German varietal) spends only 24 hours on the skins, just enough to extract a tiny tannic backbone and give the wine a subtle golden hue. It’s racy, zesty, tangy, bright and affordable with a tangerine, blood orange profile balanced out by zippy minerality and a stone fruit, almondy finish — essentially an orange wine for the classic wine lover. Beyond the Calcite, Ryan’s Syrah and Kick-On Riesling are both stellar, stellar wines. ($20)

Ever since I spent a few weeks in Abruzzo — a small wine region east of Rome — earlier this year, I haven’t really been able to shut up about it. Sue me! While Abruzzo’s seascape panoramas were memorable, I’m still reeling over a bucket list visit to Emidio Pepe, arguably one of the most important producers in the region, if not the country. Run by Pepe himself, his wines are singular, humbling and ingenious. In an effort to make wines that withstand changing climates, he forgoes chemicals or filtration, using only indigenous yeasts and biodynamic processes.

The cerasuolo is a deep, energetic rose with lively minerality and notes of blood orange and almond. The montepulciano is elegant and age-worthy. But the pecorino — which is delicately herbal, crisp and lush — still gets my heart beating quickly.

The one issue here is they’re pricey bottles if you don’t purchase them in situ. So I suggest looking to the wines of Tiberio to get your Abruzzo fix. In addition to owning one of the best dogs I’ve ever met, Cristiana’s wines are regionally important and wildly expressive, from a citrine pecorino to a crunchy cerasuolo rose. (They also retail for around $20 each.) ($90), ($69), ($21)

After a few years of solitude, 2022 brought back IRL revelry — friends packed around my dining table, backyard festivities went late into the night and hangovers abounded. So when my birthday rolled around in November, a big, bombastic bottle of cremant (magnum-sized, please) was all I wanted to open. It was a great idea. Made on the foothills of the Jura mountains on the Swiss border, the bubbles are high-energy, slightly savory (think roast apples and ripe pear), fiercely mineral-driven, focused and pure.  ($33) 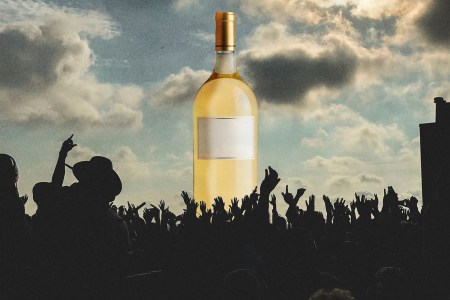 Bigger Is Better: You Should Be Drinking More Magnums

Theatrics aside, these oversized wine bottles are a surprisingly sensible option

Sure, you know nebbiolo, the historic grape behind Piedmonte’s priciest barolos and barbarescos. Ar. Pe. Pe defects the grape northward to the mountainous Valtellina region of Italy, where nebbiolos are a little racier than their Piedmonte counterparts. This wine is smooth, well-integrated and delicate with red fruit notes of cherry, dark fruit and rose petals. It’s floral and juicy but structured, and manages to be both serious enough for the wine nerds and crowd-pleasing enough for everyone else. ($39)

Last year, we debunked the myths surrounding why you may hate chardonnay. In summation, you likely hadn’t had the right one. If you’re going to try one this year, let it be Gran Moraine. Located on the western edge of the Yamhill-Carlton subregion of Oregon, the winery explores the difference between sub parcels within the region. Nerdy? Perhaps, but it gives them an exacting knowledge of how to make a dang good chardonnay. Apricot and eucalyptus on the nose lead into notes of lemon pith, Maldon salt and brioche — bright, heady and cool. There’s a touch of new oak, but it’s beautifully integrated, adding just a hint of roundness to the palate without restricting the levity of the wine.  ($39)

Priorat is a severe, sun-drenched and steep region that happens to make some of Spain’s most show-stopping wines. The combination of the high elevation (driving it is not for the faint of heart) and llicorella slate soil give wines produced here an almost mystical energy — rich and full of depth but mineral-driven and light. This bottle from Familia Torres is a prime example; beautiful, garnet-hued and full of pomegranate, raspberry, violet and menthol notes. Higher-priced priorat wines (like the Mas de la Rosa and the Perpetual) from Familia Torres are well worth exploring, but this is the bottle that will get you hooked. ($30)

As winemaker Luigi Baudana and his wife Fiorina neared the end of their career and considered retirement, they were forced to make a decision. They had no heirs to leave their historic Serralunga d’Alba winery to. So they arranged a secret meeting with the Vaira family (of the G.D. Vajra estate) and planned their next step. Instead of cannibalizing the Baudana name and all their vineyards, the Vairas agreed to be the keeper of the Baudana legacy. To this day, the vines are harvested and wines are made exactly to Luigi’s specifications. His white is a new favorite. Made with a blend of sauvignon blanc, chardonnay, nascetta and riesling, it’s wildly aromatic with plush minerality and packed with notes of kiwi, orchard fruit and elderflower. ($27)

While we managed to narrow it to a top eight (well, technically 10), there are so many more wines that almost made the cut. That includes Pazo Barrantes’ brilliant Gran Vino Albariño, Lalume from Dominio do Bebi and any pinot noir from Nicolas-Jay. If you’re feeling spendy, Joseph Phelps near-$200 Proem No. 4 Chardonnay is exceptional, as is any wine from Abbott Claim in Oregon. More must-trys are Tatomer’s Kick-On Ranch Riesling, any red from next-gen Beaujolais maker Yann Bertrand and, if you’re feeling freaky, I love Claus Preisinger’s juicy, moody drink-them-all winter’s eve reds. 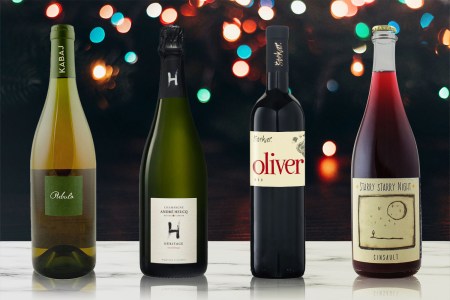 A Wine Pro Shares Her Favorite Bottles for Holiday Gifting 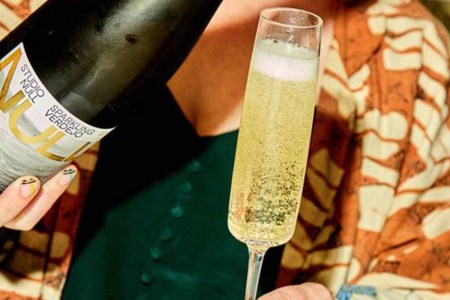 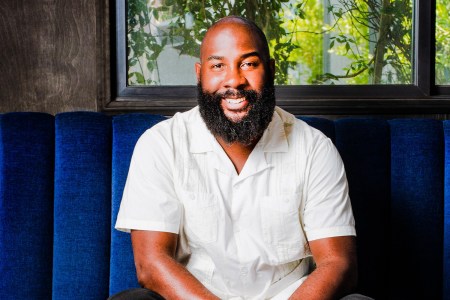