His new book is an intimate, gritty and ultimately stunning look into the early life of skateboarding on the East Coast

“In the early ’90s, during a time in my life when most of the kids that I knew in high school had just gone away to college, my friends and I were squeezing into cars on moment’s notice, headed for California with less than 200 bucks in our pocket … and no real plan to speak of,” Pete Thompson writes in his new book ‘93 til: A Photographic Journey Through Skateboarding in the 1990s, an intimate, gritty, and ultimately stunning look into the early life of skateboarding on the East Coast and beyond.

In the book, Thompson shares the world of people who made skateboarding what it is today, from Tony Hawk to Stevie Williams (who is also on the book’s cover), with not just images but their own recollections. The book is a peek inside their lives on and off the board between 1990 and 2004: cigarettes and beer bongs, scrapes and scabs and arms covered in blood, baby faces in Shorty’s, DC and Vans gear, giant jeans and chains and backwards caps, unshaven impish grins, casts and crutches and torn jeans, bodies whipping through the air like low-flying superheroes.

Thompson, currently a photographer based in Brooklyn whose clients have included the likes of David Yurman and TAG Heuer, began his life behind the camera as a teenage amateur skateboarder in the 1980s. He and his 35mm Konica Pop point-and-shoot chronicled places like skateparks in his native North Carolina and skate camps in California. He knew with some certainty he’d never be a pro skateboarder, but didn’t want to leave skating behind.

“I think the photography part of it just seemed like a natural thing,” he tells InsideHook. “I just started doing it, not really with any intention of being a skateboard photographer. I loved skateboarding, I still wanted to be in that world.”

He dug deeper into photography upon graduating high school in 1991, and having no interest in going to college. “I didn’t really like school and just wasn’t really interested in any like conforming to a life path that everybody else was conforming to,” he says. “That wasn’t me. I don’t think it was most skateboarders back then.” His father generously bought him photography gear, a comparative bargain to paying for college tuition. He was fully professional by 1992 and ultimately became a skateboarding photographer for 13 years, working for California-based magazines like San Francisco’s SLAP and Carlsbad’s Transworld Skateboarding, where he would also become a senior staff photographer.

While his images from this period now have considerable historical value, Thompson didn’t recognize he was recording the beginning of a movement as he shot them. East Coast skateboarding had more of a hip-hop-inspired style to it, an influence from a multitude of cultural experiences and ethnicities in the Philadelphia, D.C. and New York scenes, that allowed his images to stand out to skaters in California who hadn’t seen shots like that before. “I didn’t have the wherewithal to be able to step back and be like, this is a movement and I’m riding along with it. I was just like, I’m just shooting photos and recording what I see,” he says.

Thompson was able to get these photos not just through his skill as a photographer, but his active participation in skateboarding, even if it wasn’t as a professional. “The skateboarders have to be your friends,” Thompson says. “They’re not gonna hang out with you and roll around skate spots all day and go on road trips and hop in the back of cars and disappear for weeks at a time with someone that doesn’t skate or at least someone who doesn’t understand what skateboarding is about.”

Thompson’s relationship to the scene is evident in his images, where skaters not only execute tricks and mug for the camera, but allow him to take more candid and intimate portraits. It’s something you only get from someone who understands what it’s like to “[steal] gas to get to skate contests four states away, [sleep] on stranger’s floors in sweaty clothes using a skateboard as a pillow, [run] from cops and security guards kicking us out of every decent place to skate,” as Thompson writes in  ‘93 ‘til.

You can’t get images like his if you’re an outsider.

As much as Thompson’s images are an account of skate culture, however, they’re also a record of modern youth, a recollection of being a young person in a very specific time. “These skaters were young, they were brash, they were fearless and they haven’t entered the phase of life where life starts to really hit them … Remember when you’re 20, 21, nothing mattered and you’re just hanging out with your friends before you have your heart broken, before your parents move away, before your friend dies in a car crash, all the serious stuff of life happens after that,” he says. “But for a brief moment there is this window of just like, the bliss of just being young and I think that looking back at those times that’s part of the reason why I did the book, because I feel like I reconnected with that part of myself.”

Thompson moved away from skateboarding photography in 2004 to expand his horizons in other aspects of image making, to be able to express feelings in photos beyond the board. But he hasn’t left skating entirely. “I push down the street every once in a while and then I go home and ice my knees,” he laughs.

Thompson sees his work with a different lens now — that of age, and perspective. He understands how skateboarding and the community around it have deeply impacted him. “I think that idea of finding true self in photography relates to [what] people’s true [selves] are when they’re skating and showing their innate ability to do things in a specific way,” he says. Everyone who skates has a unique skill set, in other words, and photography is no different. “You just have to let it be instead of forcing it to be something you’re hoping it is.”

While some of his subjects would make lifelong careers out of skateboarding, it was more typical that a career in skating would last four to five years because of the toll on the body (Thompson himself broke his leg in half, in a compound spiral fracture, while skating in 1998.) Every new world needs its pioneers, and in skating those pioneers mercilessly threw their bodies around on treacherous concrete and gravel so there could be local parks to learn tricks at now. “It was hard! And it was for nothing,” he says. “They just did it because they loved it and you have to pay homage to those guys.” To have that microcosm of someone’s life on film, recording their (metaphorical and sometimes literal) impact is a rarity and a gift.

“For us, nothing else mattered. Nothing mattered except being able to skate, find a new skate spot, hang with your friends, maybe get a decent meal or get a few free boards if you were good enough and knew the right people.” Thompson writes in ‘93 til. “We all felt so alive and we were truly having the time of our lives.” 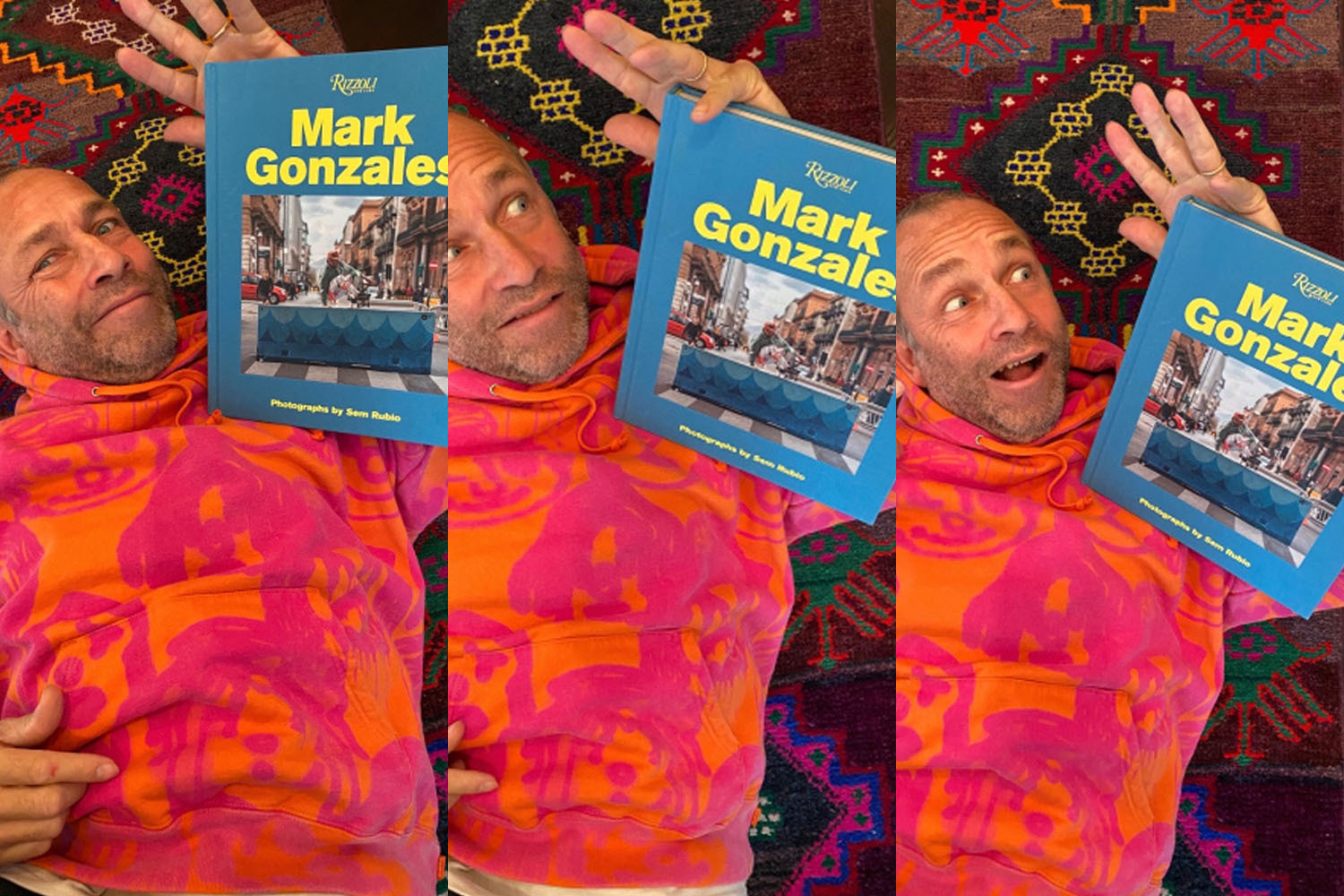 Mark Gonzales, The Most Influential Skateboarder of All-Time, Gets His Due 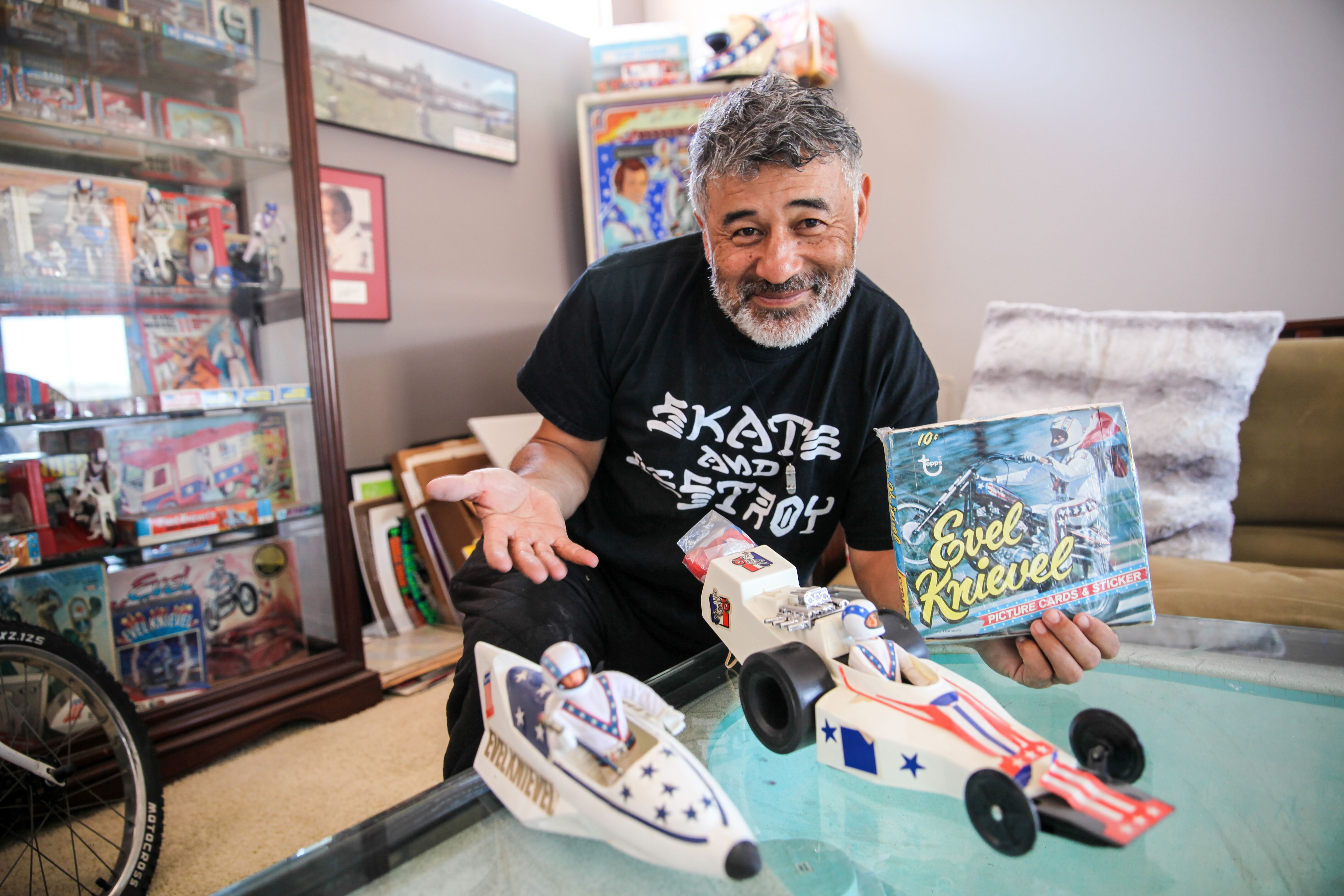