Take a tour of the starchitect’s hometown stomping grounds

One cannot talk about Chicago without speaking of its architecture.

And one cannot talk about architecture in Chicago without speaking of Frank Lloyd Wright, born 150 years ago this June.

To honor the legacy of the man from Oak Park, we teamed up with the Frank Lloyd Wright Foundation to put together a drivable itinerary of his most important Chicagoland works.

Buckle up. It’s gonna be a beautiful ride.

You’ll want to kick off the day in Oak Park, which is the epicenter of everything FLW and where he lived and worked during the first 20 years of his career. The home and studio on Forest Avenue (you’ll want to turn onto Chicago Avenue to get the best views) was built to resemble a beach cottage (see: wooden shingles and bay windows). Sharp angles — the triangular gable, the rectangular base — give a nod to the abstract style of Wright’s mentor, Louis Sullivan. 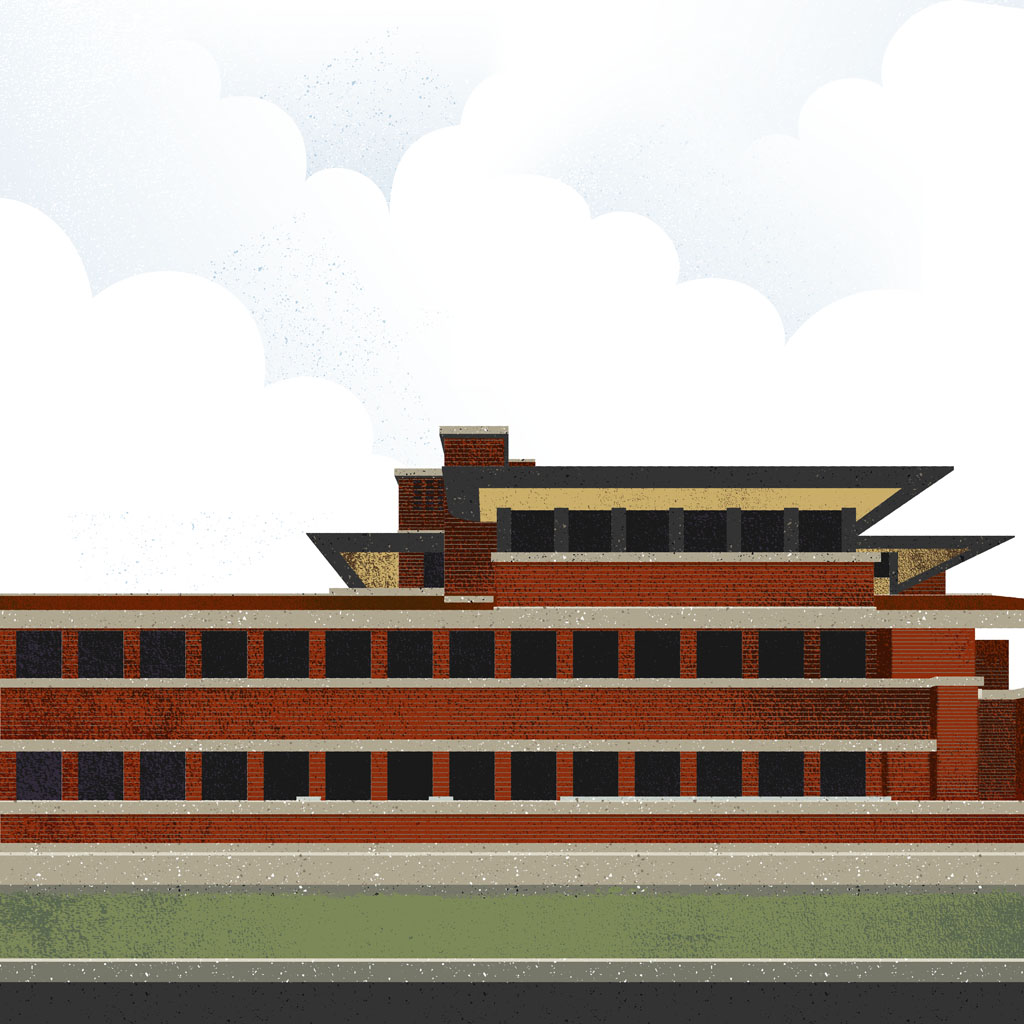 Next, head down to the University of Chicago campus to see what many consider one of the most important structures in American architecture. A quick glance at the long, horizontal structure is all it takes to notice this one’s a bit different than what you saw in Oak Park. In the 20 years between erecting the two buildings, Wright had developed his signature Prairie style, which comes through in the overhanging eaves and large balconies that promote indoor/outdoor fluidity. If you’ve got time, park the car and head in to tour the simple, open-floor-plan house. They’re offered Thursday to Monday from 10:30 a.m. to 3 p.m. 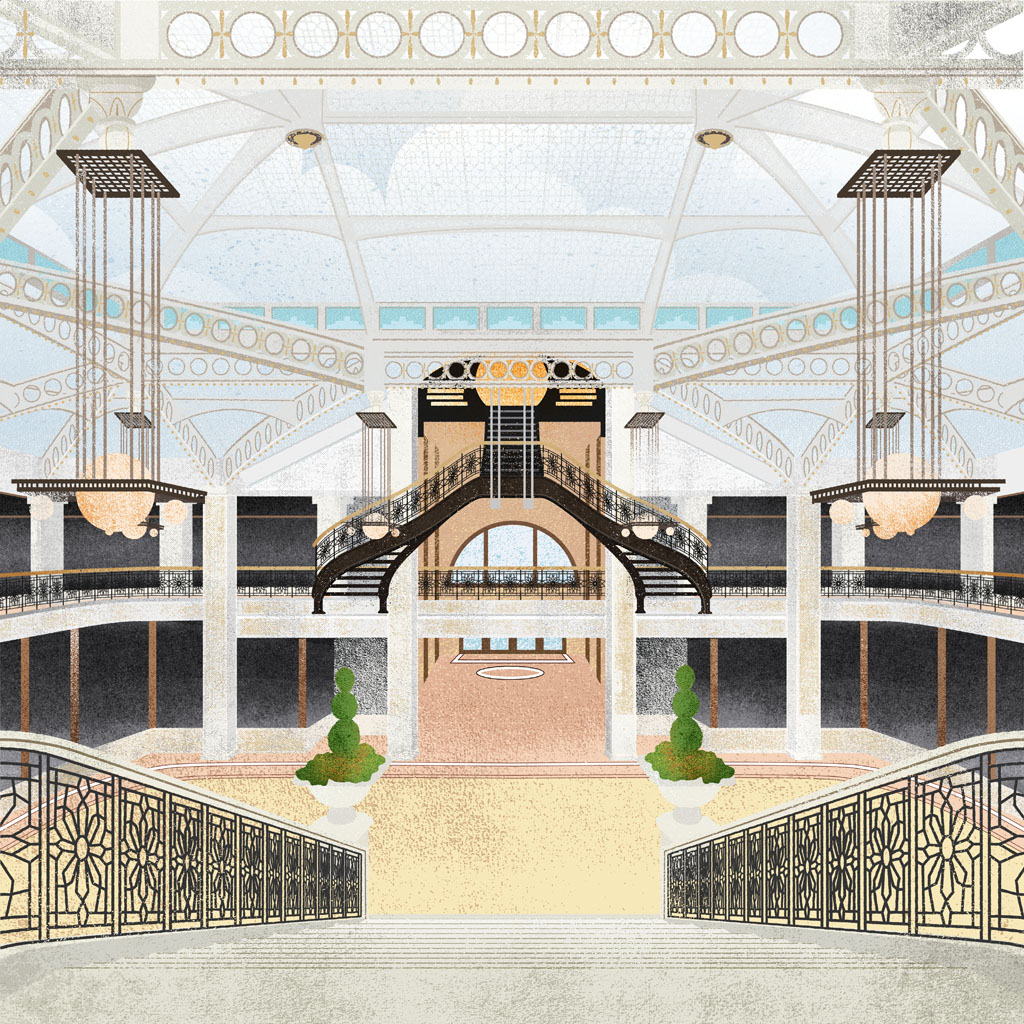 Hop on Lake Shore Drive and head north toward The Rookery building in the Loop. It was originally designed in 1888 by another singular Chicago architect, Daniel Burnham, and his partner, John Wellborn Root. In 1905, Wright came in to redesign the two-story skylit lobby (don’t get too comfortable in the car — you’ll have to step inside this one to take it all in). Among Wright’s contributions were updating the heavy ironwork, which had become dated, and streamlining the design with luxurious white Carrara marble and modern bronze lighting. 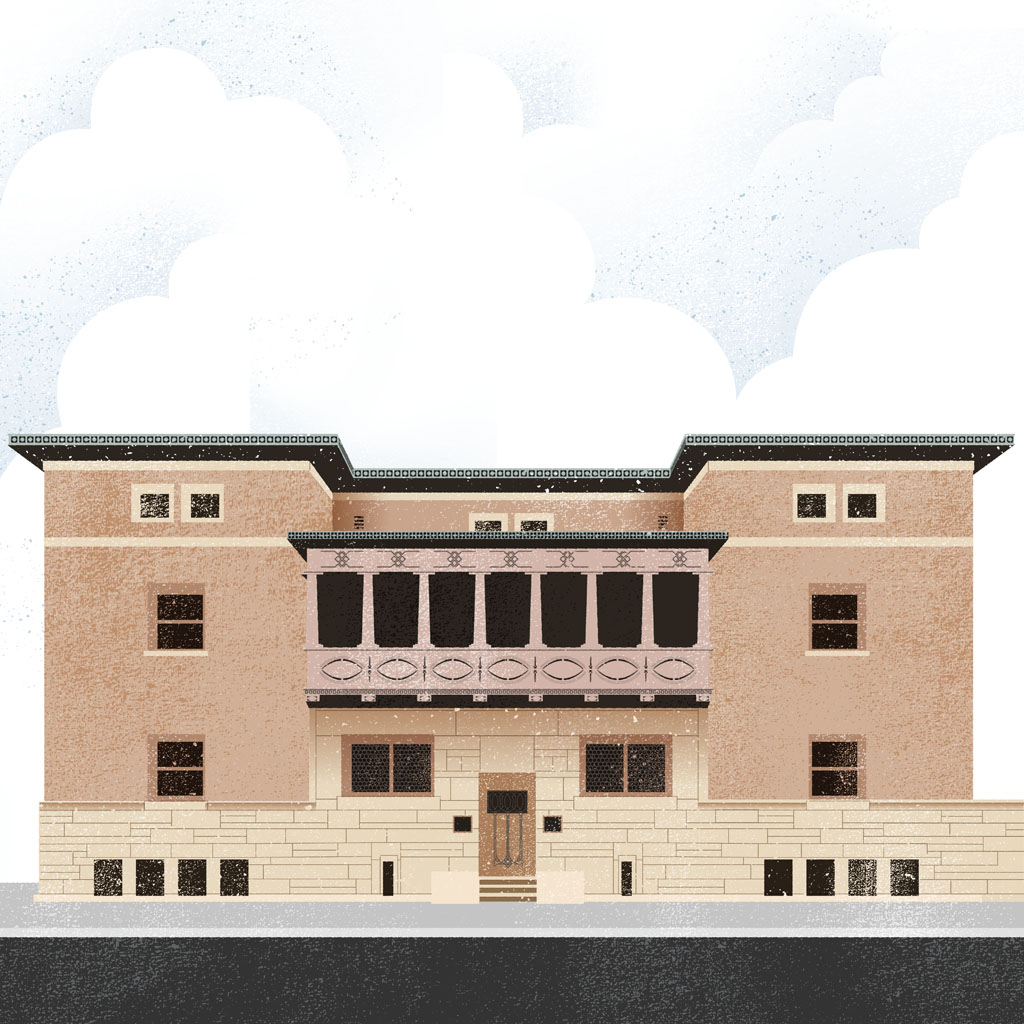 Ride up to the Gold Coast and do a few drive-bys of the Charnley-Persky House on the corner of Astor and Schiller. You’ll flash back to an earlier point in Wright’s career, when he was still working under Sullivan. Wright was the lead draftsman on the project, which is a role that usually doesn’t have much influence in design. But Wright wasn’t a typical draftsman, and was able to eschew the Victorian architecture that was popular at the time in favor of a more modern style marked by the symmetrical, rectangular lines. 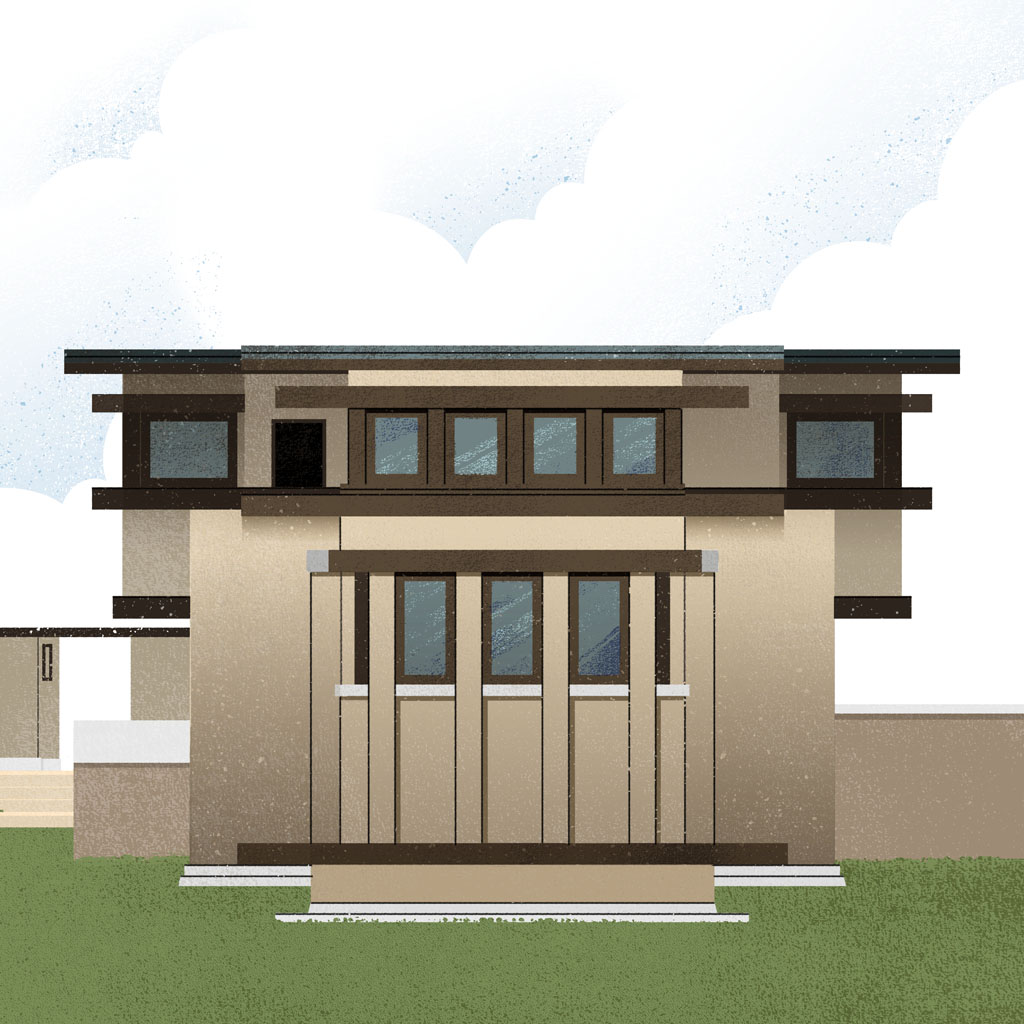 For the last stop of the tour, jump back on LSD and head up to Rogers Park. The Bach House, which was conceived in between Wright’s jaunts abroad to Europe and Japan, captures classic Prairie-style elements, but it stands out from Wright’s previous works because it’s compact and contained on a small city lot (compare the small balconies here to the ones you saw on the Robie House). The Bach House wrapped up a two-year renovation in 2014, and you can tour the building on Tuesdays and Wednesdays during the summer months. And if you can’t get enough, the entire house can be rented out for staycations or events for up to 50 FLW buffs.