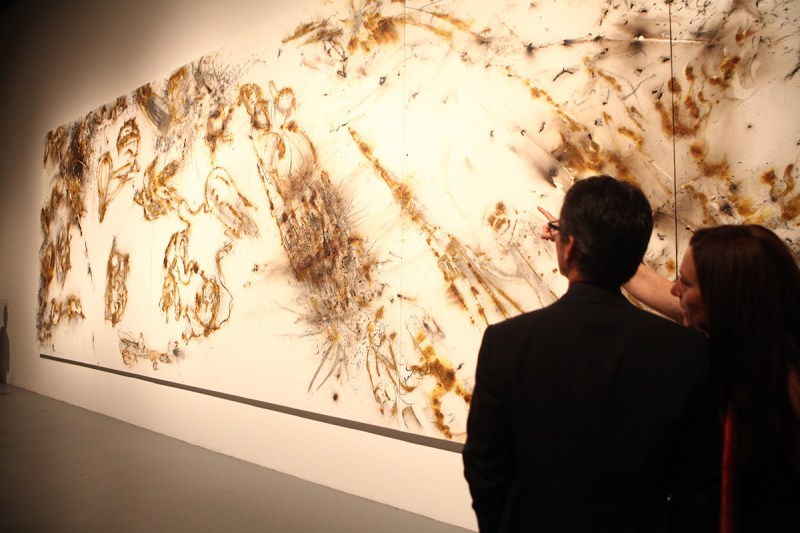 Patrons look at art in the ‘Cai Guo-Qiang: Sky Ladder’ exhibition at The Geffen Contemporary at MOCA in 2012 in Los Angeles (Chelsea Lauren/WireImage)

Chinese art may be really hot right now, but Cai Guo-Qiang’s work is downright explosive. Guo-Qiang, a 59-year-old artist who studied stage design at the Shanghai Theater Academy, has won a number of international awards for his art, and notably directed the visual and special effects for the 2008 Summer Olympics in Beijing. But maybe his most famous—and controversial—art is produced using gunpowder.

While living in Japan in the 1980s and 1990s, Guo-Qiang started experimenting with explosive art and staging events to show off his technique to a live audience. (See the photographic aftermath of one of these events below.) Per his website: “These projects and events aim to establish an exchange between viewers and the larger universe around them, utilizing a site-specific approach to culture and history.”

For more information about Cai Guo-Qiang, click here. View some of his explosive works of art below. At the bottom, watch an in-depth video feature from Vice‘s Motherboard on his explosive art form. 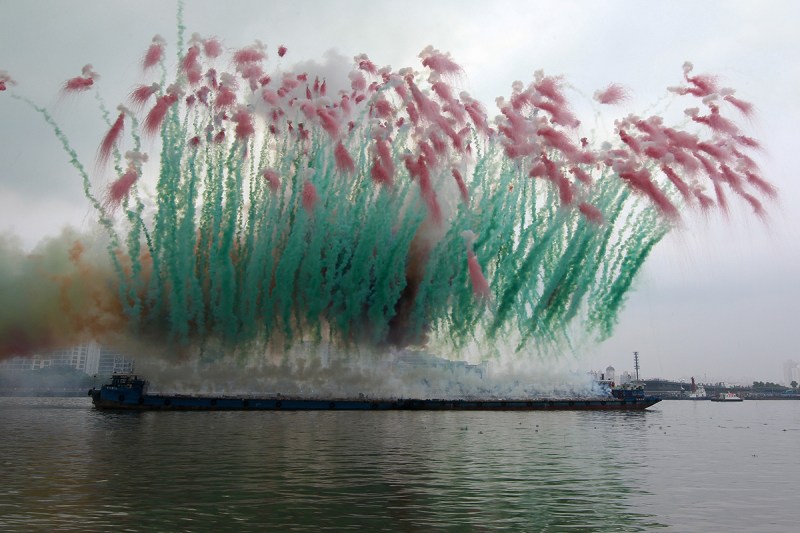 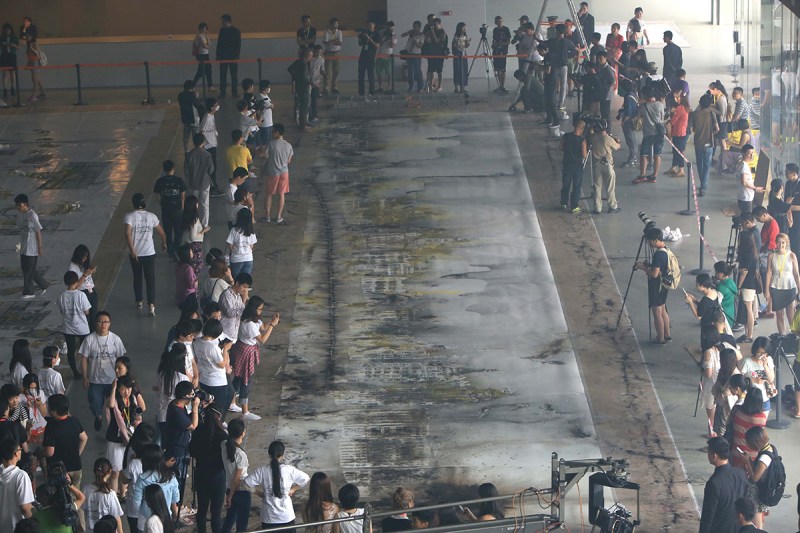 Visitors look at Chinese artist Cai Guo-Qiang’s new artwork, which is 89 feet long and 13 feet wide, created by gunpowder at the Museum of Contemporary Art Shanghai in 2014 (VCG/VCG via Getty Images) 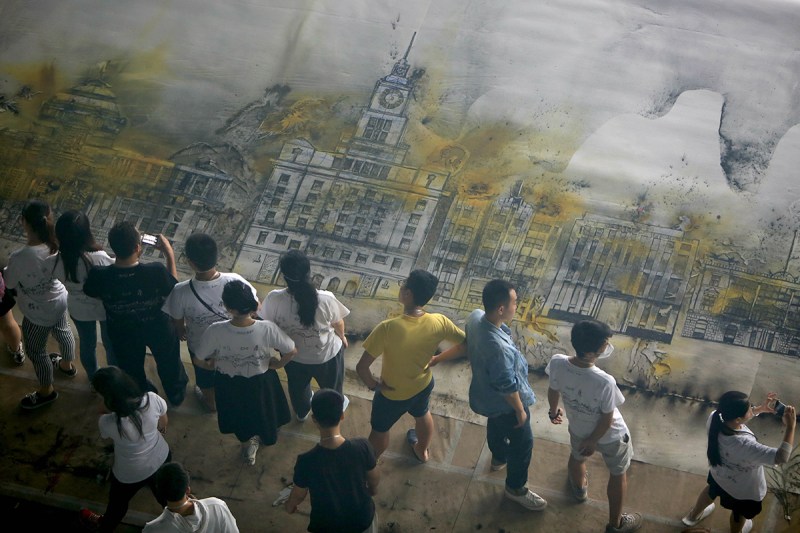 A different perspective of the 89-foot-long gunpowder artwork produced at the Museum of Contemporary Art Shanghai. (VCG/VCG via Getty Images)