A Bizarre Elephant Hotel Once Stood at Coney Island

Poster advertising the exhibition of "ELEPHANTINE COLOSSUS" at Brighton Beach, Coney Island in the 1880's. (Betmann/Getty Images)
By Matthew Reitman 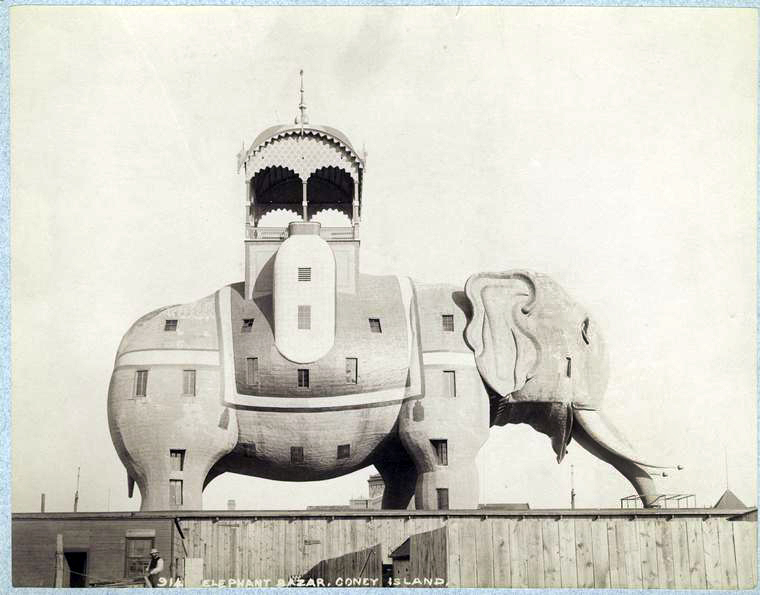 Just before the turn of the century, Coney Island transformed from a beachside getaway for city dwellers to a boardwalk laden with bizarre attractions like “freak shows.” One of these tourist attractions was a gaudy structure that went by many names, but most knew it as The Elephantine Colossus. Located on the corner of Surf Avenue and West 12th Street, the elephant-shaped building served as a 31-room hotel, concert hall, and observation deck. Its front legs were home to a cigar store and diorama. 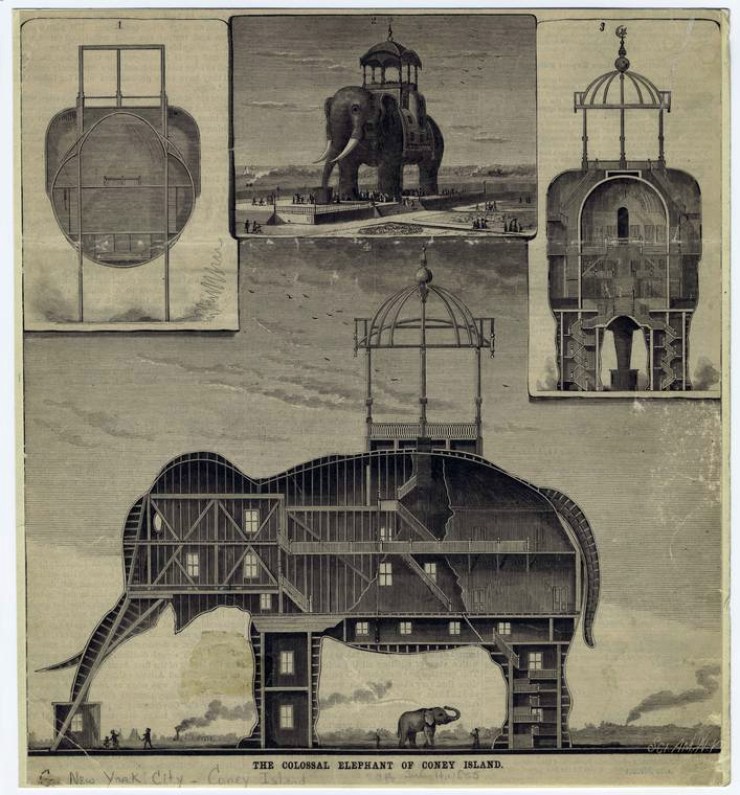 Also known as the Elephant Hotel, it was designed by James Lafferty and built in 1885. Lafferty actually built three of them, with the most famous being its smaller predecessor in Atlantic City, “Lucy the Elephant.” The seven-story building was 150 feet tall, providing great views of New York City from the howdah on the roof and through telescopes in the elephants’ eyes. Before the Statue of Liberty was completed in 1886, the Elephantine Colossus was reportedly the first building visible to immigrants arriving in New York. After the short-lived popularity of the attraction had faded, the pachyderm-shaped hotel burned down in 1896. For more information, read the chapter on Elephantine Colossus in Michael Immerso’s Coney Island: The People’s Playground here. Or, watch the video below. 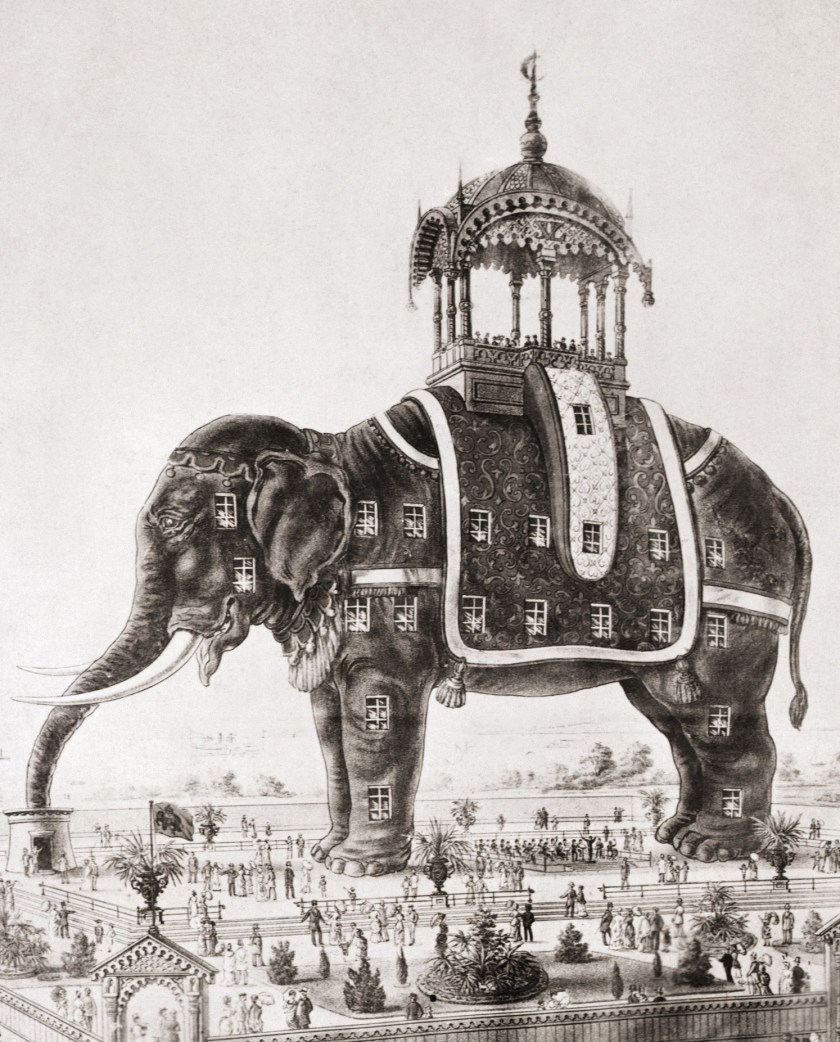