Report: Stephen A. Smith Wants to Team Up With Magic Johnson at ESPN

Max out, Magic in?

According to The New York Post, Stephen A. Smith wants The Worldwide Leader to bring Magic Johnson aboard to help him anchor the network’s basketball coverage during marquee broadcasts in primetime before big games.

In addition to adding Johnson to the roster of talent on the set of NBA Countdown, Smith has his sights sets on another new cohost. “Smith’s ideal setup would be to have a Big 3 that also includes Pardon the Interruption co-host Michael Wilbon, who often works alongside Smith on SportsCenter. Nothing is finalized, so it hasn’t been determined whether the potential show would have a traditional host,” according to The Post.

Johnson, 62, was previously on ESPN’s NBA Finals studio shows and, unlike on the basketball court, he was not good. He eventually left ESPN and most recently served as president of basketball operations for the Los Angeles Lakers before abruptly stepping down in 2019 in a very strange manner. Before the magic was over in L.A., Johnson did convince LeBron James to sign with the Lakers which did end up resulting in the team winning a championship.

Nothing is finalized and it is still very possible that a combination of Jalen Rose, Jay Williams, Adrian Wojnarowski, Richard Jefferson, Kendrick Perkins, Chiney Ogwumike and even Draymond Green (when he isn’t playing) could all have roles on the Smith-influenced version of Countdown.

In the past the NBA has reportedly been wary of having Smith on the main pregame show that leads into the NBA Finals because the league feels his style is “too opinionated and not the right tone to lead into its main event,” sources told The Post.

But perhaps Smith’s star has ascended high enough that the NBA has no choice but to sign off on him leading ESPN’s top hoops show, possibly with Johnson and Wilbon along for the ride to cancel him out or tone him down to some extent.

“Smith already does a regular-season pregame show on Wednesdays, which is not part of Countdown, but rather his own mini SportsCenter,” per The Post. “This show also could be a landing spot to team Smith with Johnson and Wilbon. Smith is close with both Johnson and Wilbon, and there is a belief that camaraderie could come through on the air. Smith and Wilbon usually work well together when they do appear on ESPN simultaneously.”

The same used to be said about Max Kellerman and Smith. No more. 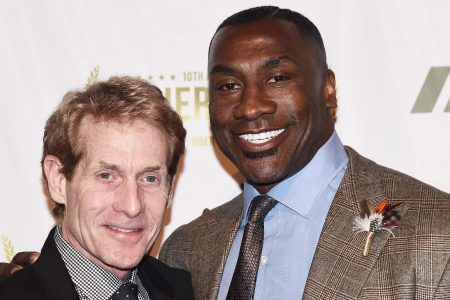