Should Prince Harry and Meghan Markle Be Flying Private?

It's definitely not the best look at the moment 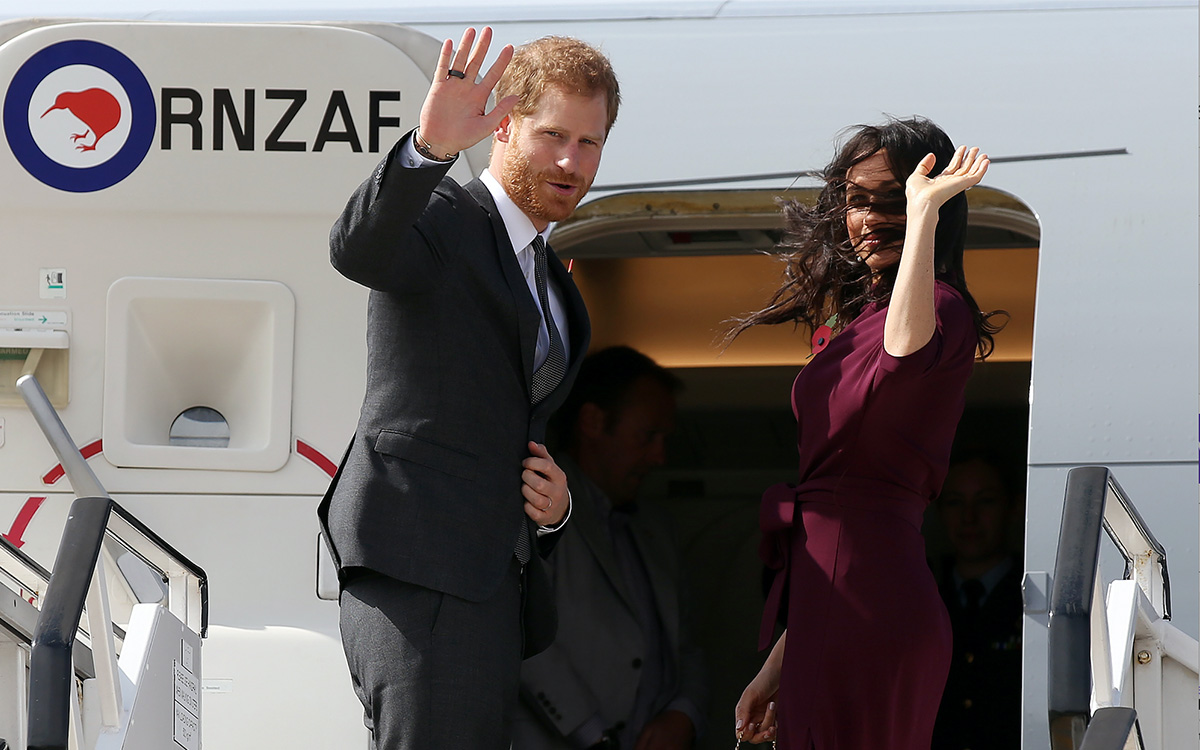 Researchers began keeping track of global temperature averages in 1880 and this July was the hottest month ever recorded. That’s … insanely horrifying, and 2019 is currently toe-to-toe with 2017 for taking home the hottest year crown.

Warmer months have a variety of planet-shifting consequences. Many of the stories you hear in the news are either explicitly, or subtly, related to climate change. You might’ve heard that Greenland lost 12.5 billion tons of ice in a single day earlier this month. That turns the stomach. But there’s also significant reason to believe Central American migrants at the border are one of the first waves of displaced climate change refugees. Unpredictable rains and crop failure heighten societal divisions and foster unresolvable discord.

We look to leaders and humanitarians in times like these, to those with the resources to actually make a difference. Which is why recent news that Prince Harry and Meghan Markle again used a private jet — for a family vacation to Ibiza, no less — is rubbing a lot of people the wrong way.

A couple weeks ago, Harry flew on a private jet to a Google climate summit in Sicily, and earlier this year Meghan flew private to New York for her baby shower. The couple doesn’t own a private jet, a friend has just been lending them use, but it’s a pretty bad look. According to a formal royal protection officer who spoke to Vanity Fair, it’s customary for the royal family to take VIP flights on British Airways, which is well-equipped to safely, discreetly fly dignitaries on a commercial flight.

This argument has been around a long time, and it’s been co-opted largely by global warming deniers, who’d rather whatabout their way through a discussion they know they can’t win by shouting about Leonardo DiCaprio’s private helicopters. That said, any self-respecting environmentalist has to know by now how irresponsible it is to fly on a private plane.

Just look at this carbon emissions calculator, called the Shame Plane, which was recently uploaded online by a Swedish digital designer. It shows how much Arctic ice melts when a flight travels from points A to B, and even for a commercial flight, the numbers are tough to process. For instance, a roundtrip economy flight for one person from New York’s JFK airport to Paris’s Charles de Gaulle emits 2.3 tons of carbon dioxide and will melt 6.9 square meters of Arctic ice.

Private jets are doing way more damage than that. And for what? We all have to be in on this issue together. If losing a little legroom (or in the royals’ case, a whole cabin’s worth), means making sure our great-grandchildren aren’t living out the plot of Mad Max: Fury Road, that’s a sacrifice all of us have to be willing to make.