Centuries' worth of history just below the surface

Archaeologists have made a notable discovery here.
Library of Congress
By Tobias Carroll @tobiascarroll

As it turns out, the future of Notre-Dame Cathedral involves a journey into its past. As part of the ambitious plans to have the historic building reopened by 2024, a host of repairs and renovations are now underway — and, as The Guardian reports, a group of archaeologists has found some intriguing artifacts located less than a foot below the surface.

Among the group’s findings were artifacts dating back to the 13th century, along with tombs from the Middle Ages and religious artifacts. Of particular note for historians and architecture buffs alike was the discovery of the remains of the cathedral’s rood screen — an architectural feature that separated the priest and the congregation during services.

The dig was carried out by Inrap, the French national institute for Preventive Archaeological Research. As The Guardian‘s article notes, it was confined to a specific area of the cathedral as a precursor to the construction of a scaffold necessary to restore Notre-Dame’s spire.

Among the items unearthed was one that Inrap stated would need to be handled with caution. That would be a sarcophagus containing human remains; according to the article, these may be of a church official. DNA testing is forthcoming, as well as a likely re-internment of the sarcophagus and body.

Inrap is hopeful that they will be able to explore other areas of the cathedral in the near future. 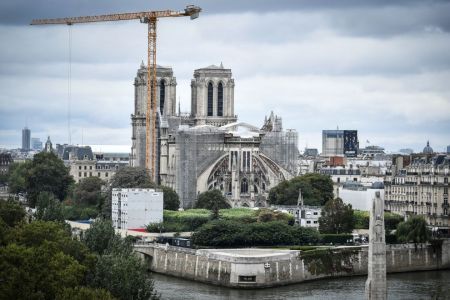 As Renovations Continue on Notre-Dame Cathedral, Its Bells Inspire a Work of Art 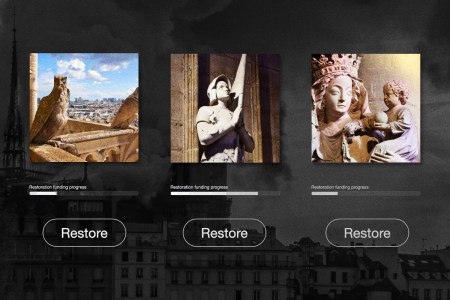 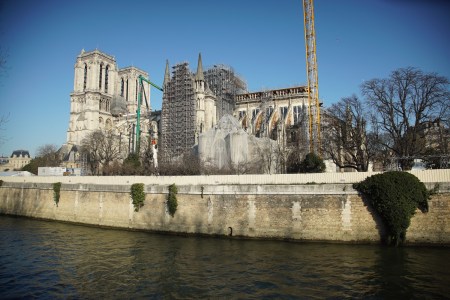 What We Learned From NOVA’s “Saving Notre Dame”