Rock the Pepsi bezel without the thousand-dollar price tag 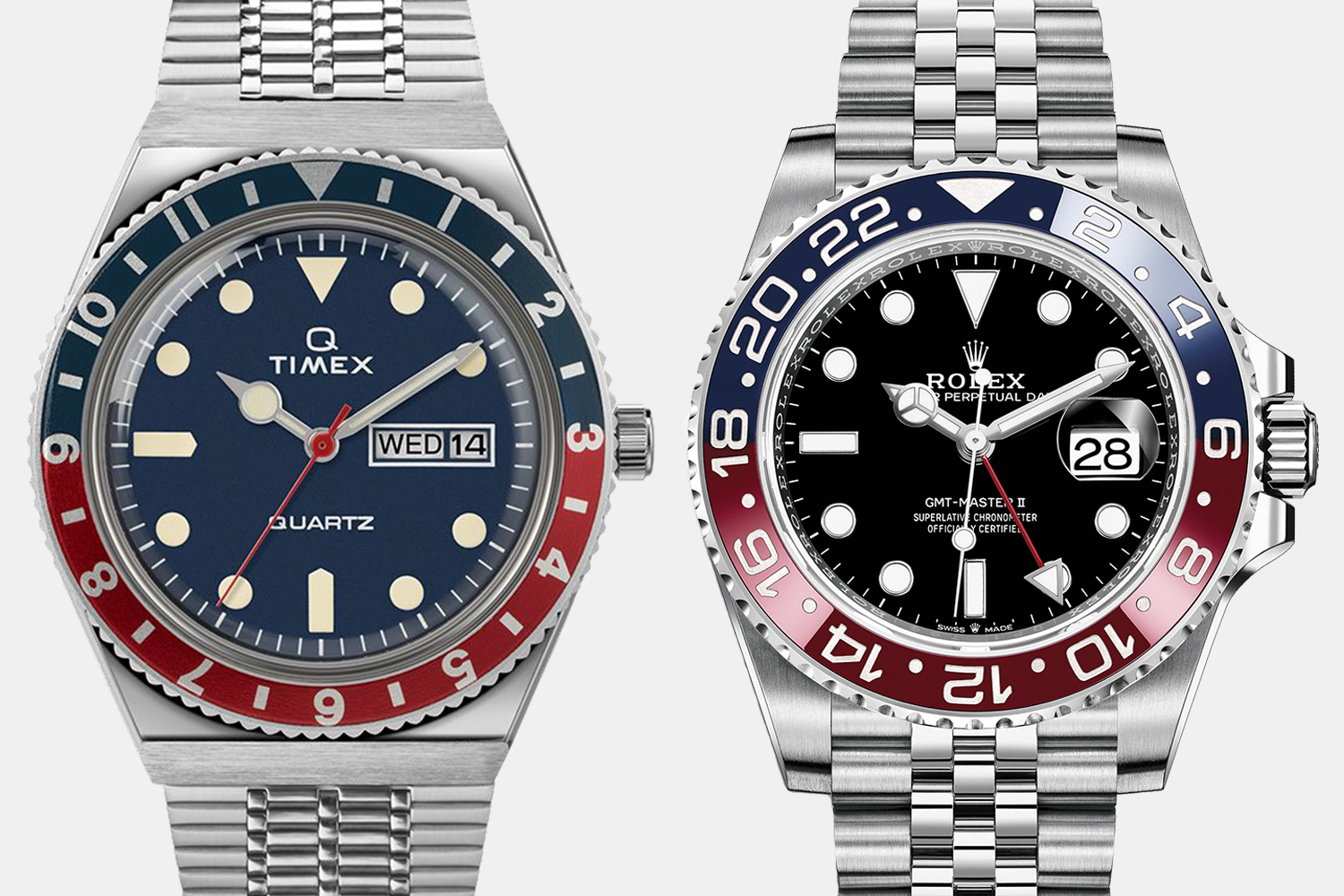 “Quartz” has become a dirty word, synonymous with cheap watches, at least when spoken by the holier-than-thou mechanical horologerati. But back in 1979 when the Q Timex watch was first released, every well-to-do gent absolutely had to have a quartz timepiece in his arsenal. It wasn’t just a trend — after all, the Seiko Astron debuted the technology a decade earlier — it was a revolution.

The Q Timex — reissued (and upgraded) by the brand back in May and now back in stock after almost immediately selling out — isn’t just a celebration of that revolution; it’s an all-out ‘70s time machine for your wrist. Most obvious is the woven stainless steel bracelet (remember those?) and the squared-off case (look ma, no lugs), but flip it over and there’s a battery hatch ready to be opened with a coin or key (remember those?).

Best of all, though, is what they stole from Rolex. Sure, “steal” sounds harsh, but as Hodinkee notes, it’s hard to deny: “During the era the original Q was made, it was totally commonplace for brands at affordable price points to ape design cues from more prestigious brands at higher price points.”

The “aped design cue” in question: the classic, timeless, downright coveted red and blue bezel, more commonly known as the Pepsi bezel. You’ve seen it done first, and best, on the Rolex GMT-Master. But since that iconic watch debuted in 1954, it’s been aped by just about everyone, not just Timex. So we have no qualms saying that, if you’ve been looking to add a Pepsi bezel to your collection, but are shopping in the three figure range rather than five, you’d be hard pressed to find a better option than the Q Timex.

We should know, we tested it out back around the launch, and have a full report below.

Our thoughts after a few weeks on the wrist …

Pros: We stand by our previous statement that this is an unabashed ‘70s throwback. But if I hadn’t said that, would you have pinpointed that decade? Probably not, and neither will anyone not posting daily in some geeky Facebook watch group. It’s just a solidly handsome ticker that will receive regular compliments from people who are vaguely aware of the Pepsi bezel, though they may not be able to cite the name. And then there are the upgrades from the ‘79 original; if you look at a vintage Q, you’ll see the new edition features Rolex-esque hands (no Mercedes logo, though) instead of the boring ol’ rectangular hands, and the new red second hand is a nice complementary touch, too. Basically, you’re getting a piece of history in a timeless colorway and size (38mm, which may feel small to those used to the bricks passing for watches nowadays) for just $179.

Cons: The Q Timex originally sold out within 24 hours, but it’s back in stock now. If you happen upon this article when it’s sold out again (which will come to pass), sign up for updates via the product page. Speaking of 24 hours, astute readers will notice the Pepsi bezel here is not 24 hours, but 12. That was the case on the original version too, so don’t go yelling at Timex. They’re open about the design choice, noting this is a “diver-inspired” watch, not a real-deal diver. And that’s an important distinction. Unlike other diving-inspired timepieces, this isn’t a gigantic, gauche monstrosity masquerading as a tool. The bi-directional, non-ratcheting bezel on the Q Timex actually moves, so you can use it to track time or set another time zone, this just isn’t the GMT watch you want it to be.

Although, are those cons, really? Only if you are buying this to make up for the fact that you can’t get a Rolex. If you’re buying the Q Timex for what it is, then no, the intro-bezel is fine as is, and you can go ahead and erase that whole con section.

Oh, but there is one con I forgot about. If you’ve got hairy wrists like me, beware of the woven bracelet, it might give you some unexpected tweezing. Now that is something I certainly forgot about. (Is that TMI?) 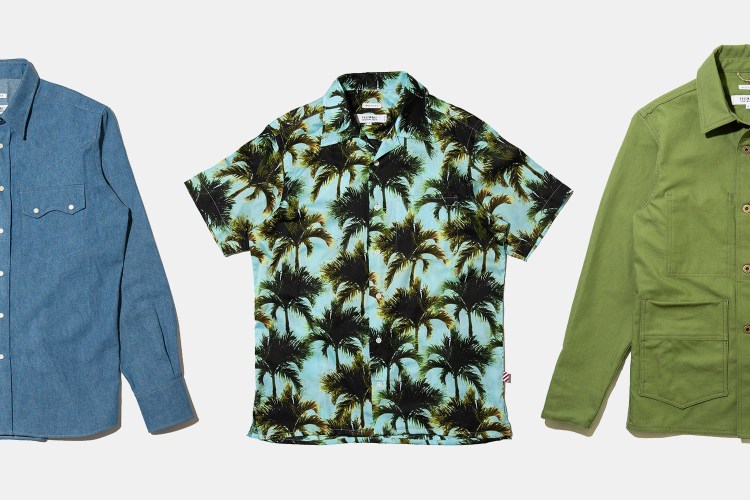 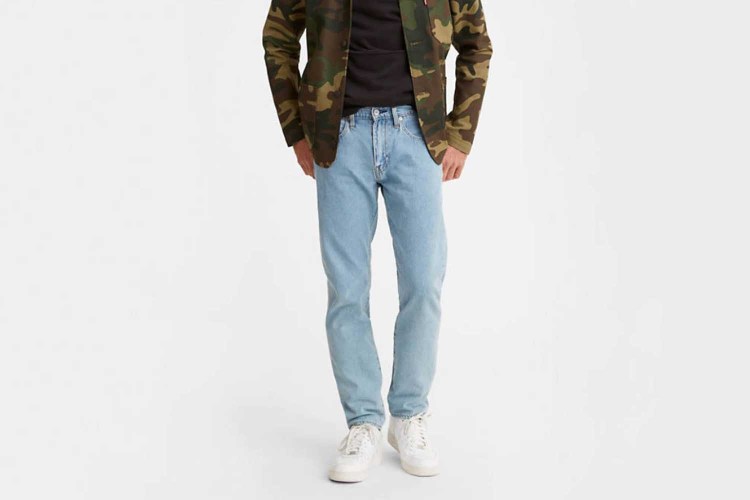 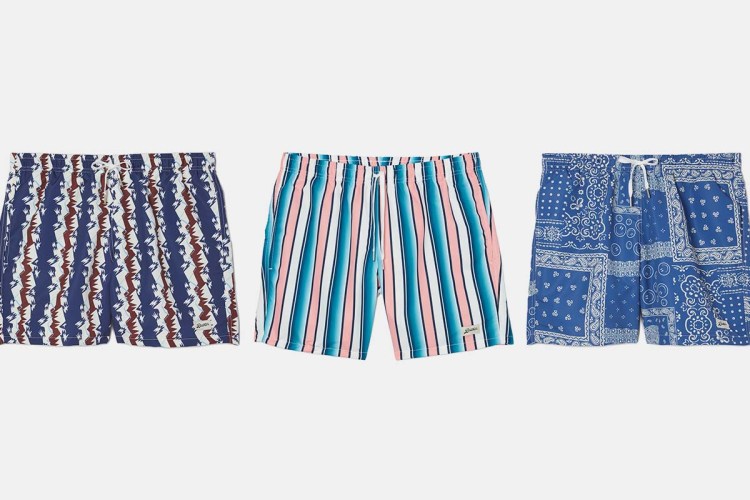 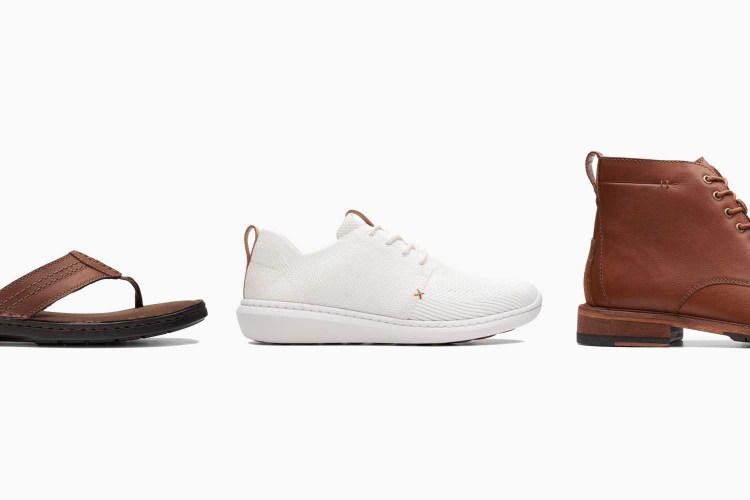