In the bars and distilleries of Ivy City, the Hill’s influence runs deep 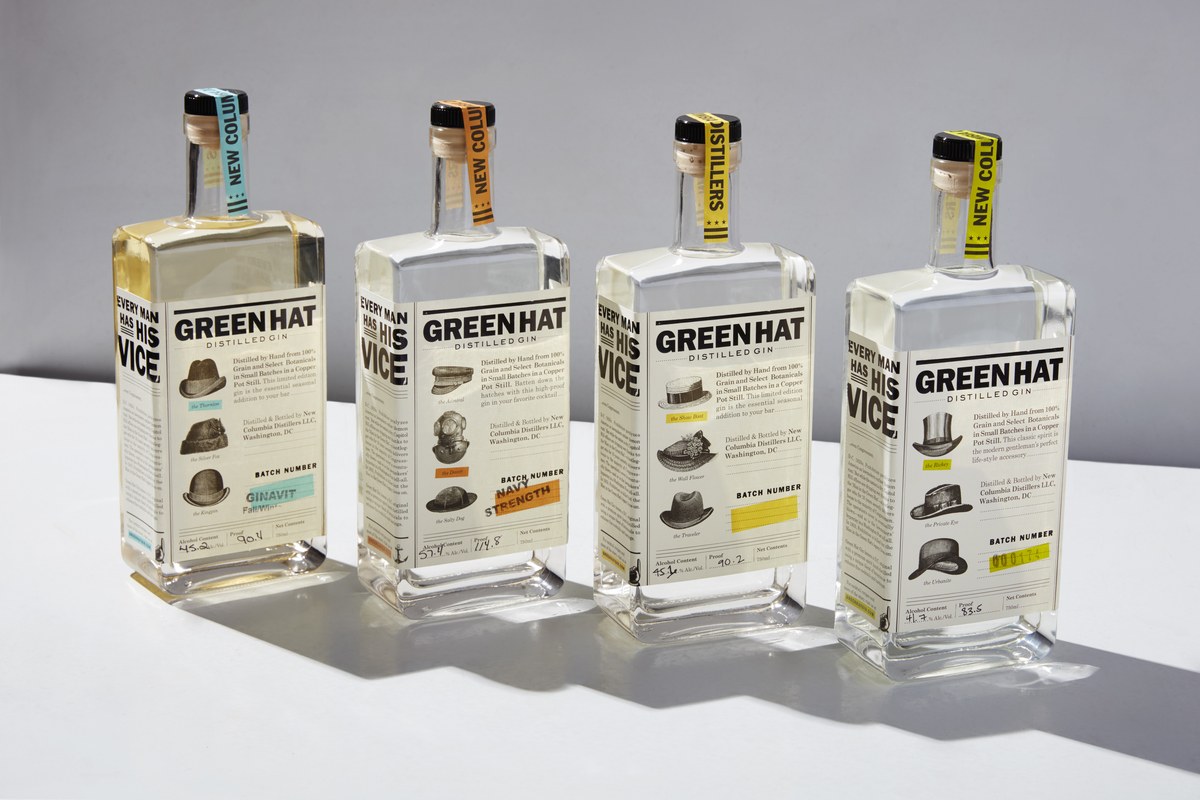 New Columbia Distillers' flagship product has one of the best origin stories in all of American spiritmaking
New Columbia
By Austa Somvichian-Clausen / September 24, 2019 8:35 am

Anything the light touches in Washington, DC, is bound to be inextricably linked with politics, and the booze industry is no exception. Ivy City, the District’s ground zero for distilling, includes a cast of characters that range from former Obama appointees to erstwhile NASA employees, and even the distillers with no apparent government ties are still entrenched in the big politics energy of the city every day, and sometimes even inspired by it.

“I think that it’s just natural. I mean, even the people here who aren’t directly involved in government matters are immersed in this sea of information and government relations,” says New Columbia Distilling co-founder, Michael Lowe. “I think everyone is really conscious of it and it’s only natural to appeal to the DC public by referring to these things.”

From cocktail names inspired by presidential tweets to distilleries named after Constitutional amendments, here are some of our favorite political references and tie-ins hidden in Ivy City’s brewing and distilling scene.

While hopping from tasting room to tasting room, it sometimes feels as if the distilleries Ivy City has come to be known for have been there since the dawn of time. The reality is that Ivy City’s first distillery only opened its doors in 2012, when Michael Lowe and John Usleton launched New Columbia and released their signature product, Green Hat Gin, thus becoming DC’s first (legal) distillery to open in more than a century. Many others quickly followed suit, with One Eight Distilling opening their doors in 2015, followed closely by Jos. A. Magnus and Republic Restoratives. Today, there are 5 distilleries in Ivy City and a sixth, Cotton and Reed, nearby at Union Market — that’s the one that was founded by two former NASA strategists.

Before New Columbia Distillers came to Ivy City, it had been all but abandoned. Even its original inhabitants in 1873 lived without heat or power, and five years later a portion of the neighborhood was turned into a horse-racing track. The track failed after less than a decade of operation, and Ivy City quickly became a warehouse district and the site of a new railyard.

“I think [the introduction of distilleries] made a substantial difference in the neighborhood. When I first got here there it seemed like nobody else came into the area, at least for legal purposes. There were a couple of businesses there, mainly whole seafood distributors, and the Hecht building has been empty for 20 years,” explains Lowe. Ivy City had quickly become an up-and-coming area, now full of shops, restaurants and people walking around on the streets — an attractive destination for opening up shop. But when Lowe first opened New Columbia there, the decision was pretty much made for him.

Political rules and regulations have long affected the alcohol industry, from the times of prohibition, when DC was a “dry city” with a teeming underbelly of wet corruption, to the more recent decision that distilleries must be limited to operating within warehouse zoning areas, making Ivy City the ideal spot for the rebirth of the city’s distilling culture. “DC’s distillery scene didn’t develop like other cities’ did. It wasn’t intentional,” says Republic Restoratives owner Pia Carusone. “But now that we’re all in the same area, it’s great to have more people walking around and able to hop between the different distilleries.”

The Man in the Green Hat

It was 1920 when George Cassiday, a recent World War I veteran, began selling illegal spirits to House Members during the prohibition on alcohol. Unemployed and looking for a way to make cash, Cassiday became a bootlegger, eventually owning his own office in the basement of the House Office Building — now the Cannon House Office Building — where he’d supply booze to thirsty lawmakers.

After five years, Cassiday was caught by the feds with bottles of alcohol in his suitcase and a light green felt hat on his head. There was no halting his operation, though. Before long, he’d moved across to the north side of the Capitol building, where he sold booze to senators for another five years. A police raid of Cassiday’s home at the end of 1929 resulted in the seizure of 266 quarts of the good stuff, and he was arrested in a sting operation shortly after. He then penned a series of fame-making articles in the Washington Post detailing how he, The Man in the Green Hat, had been supplying booze to an astounding four out of five DC lawmakers, highlighting the hypocrisy of a supposedly “dry” DC and the failings of prohibition.

After reading through a chapter about the sly, dapper Cassiday in Garrett Peck’s book, Prohibition and Washington DC: How Dry We Weren’t, New Columbia Distillers co-owners Michael Lowe and John Usleton knew they wanted to name their signature Green Hat Gin after his infamous topper. “We contacted the historian [Peck] and arranged to meet with one of the Cassiday family members. They were really excited about us spreading the family story as a part in the expansion of DC’s alcohol presence,” Lowe tells InsideHook.

Cocktails with a Timely Twist

New Columbia Distillers’ political references don’t end with Cassiday’s famous green hat. “On Saturdays we name our specialty cocktails after political events from the previous week,” says Lowe. “It’s fun and kind of keeps us immersed in what’s going on, and frankly I think people kind of expect it in DC. On a Friday afternoon we’ll kick around a few ideas about what happened within the last week. It’s something to keep our local clientele amused, and given that DC is, roughly speaking, 90% democratic, most of our cocktail names have that bent.”

Stop into New Columbia on Saturdays for a light-hearted, boozy take on breaking political news with speciality cocktails like Don’t Tarriff Me Bro, Gone with the Flynn, I Never Thought I’d Miss Scalia, and Don’t Be Russian to Conclusions.

The second distillery to open its doors in Ivy City, One Eight Distilling, creates vodka, gin, whiskey and experimental spirits. Their name is derived from Article One, Section Eight of the Constitution, which outlined the establishment of a District to serve as our nation’s capital. According to their website, this connection to history and tradition informs One Eight’s founding values of using local ingredients to “create the bold flavors of our region for the people who take no shortcuts.”

Look out for a hidden map of DC, the flag’s three stars and stripes down the sides of the bottle, and a textured map of Ivy City on the label of every bottle of District Made, One Eight’s popular vodka.

A Whiskey Fit for a Female President

When Pia Carusone and Rachel Gardner opened Republic Restoratives in 2016, the first women-owned distillery in the District, it had inherent political ties. Carusone had worked in politics since graduating college: on the Hill, working campaigns, and finally, as an Obama appointee. Her latest role was as Congressman Gabrielle Giffords’s Chief of Staff when tragedy struck and the Congresswoman was shot. Despite extracting herself from the professional world of politics, you can still find references to it in what she’s created at Republic Restoratives.

The “Republic” part of the distillery’s name is “a nod to where we are and our community, a republic of people,” says Sarah Mosbacher, their Business Manager. “The Restoratives part is a reference to how alcohol used to be prescribed by doctors to heal your ailments.”

Their most direct political reference is in the name of their popular whiskey, Rodham Rye. “The concept behind Rodham Rye came from the anticipation for seeing our first female president be elected in the coming election cycle,” says Mosbacher. “The morning after the election we realized that was no longer the case, but the concept was already fully hatched. It was decided that we should still honor the idea of a spirit to pay homage and respect to all of the great women leaders in our lives.”