The proposed race would feature new versions of Shelby's 1965 Mustang GT350, a D-type, and a DB4 GT.

The surviving members of the crew that built the first GT350 competition model more than 50 years ago for Carroll Shelby have challenged Jaguar and Aston Martin to a race for bragging rights—and charity.

Composed of Peter Brock, Ted Sutton and, Jim Marietta, the Original Venice Crew (OVC) has gotten the go-ahead from Shelby Licensing and Ford to build 36 continuation models of the original GT350 they put together in 1965 out in Venice, California.

The 306-HP competition model GT350—which Shelby himself once called a “racehorse” compared to the “mule” that was the stock Mustang GT—featured a revised front, reconfigured rear window, and, most importantly, a 289-cubic-inch V8 that was seriously specced up.

As such, the continuation model the OVC is producing meets those rubber-burning qualities as well—and Brock, Sutton and, Marietta are damn proud of it.

To show off what these new GT350 competition models could do, the OVC has challenged Jaguar and Aston Martin to bring their equivalent continuation models—the D-Type and DB4 GT, respectively—across the pond for a race at Willow Springs International Raceway in Southern California. 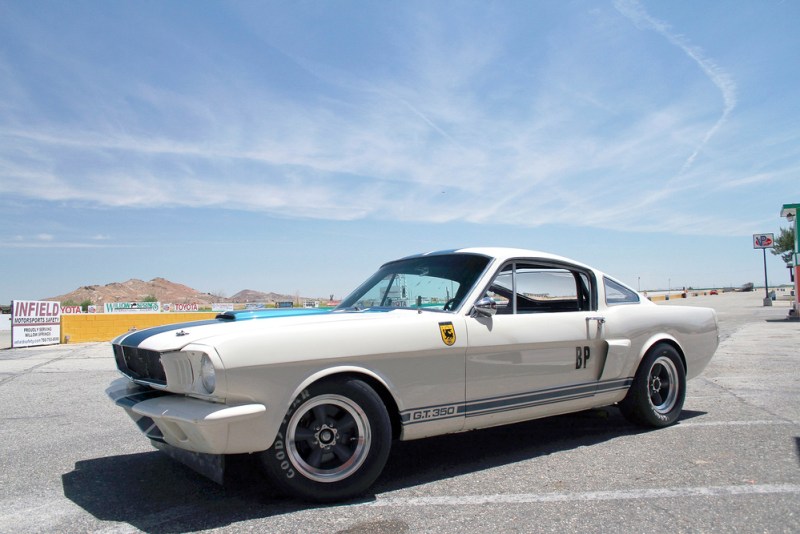 “During the ’60s, all these cars were on the track racing at the same time,” Marietta told RealClearLife. “We thought it’d be iconic to make this a competition of three continuation cars with real credibility.” (The Jaguar and Aston Martin continuation models would be built at their original facilities as well.)

In order to make it happen, Marietta decided to offer up a $100,000 donation to the charity of the winner’s choice as an incentive. “We’d give it to a charity because people who are buying million dollar cars don’t need money, generally,” Marietta said. “It was a little bit of an enticement to get them to respond to our challenge.”

So have they responded? Yes. Is a race happening? Not yet.

Though reps from Jag and Aston Martin did indicate their marques would be interested in taking part in the race, neither company has a prototype model for their continuation model and all of their production models have been sold. 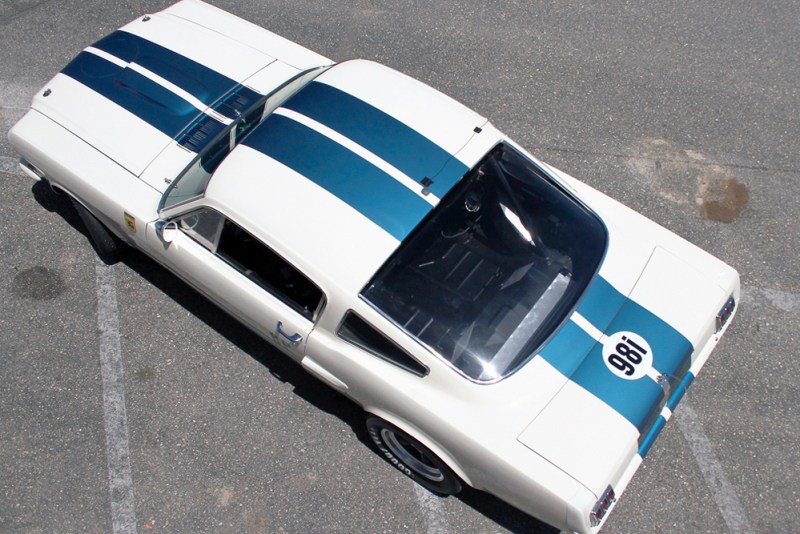 As of now, the companies are polling their customers to see if any of them would be interested in bringing their car to the U.S. to throw down against the OVC’s GT350 in a 10-lap race.

“It would be a heads-up race where spinning anyone out would not be a part of the process,” Marietta said. “It would be like the rules in the early ‘60s in F1. You pass the other guy without touching his car, and if they move over, you wave thank you. A gentleman’s race. This would not be a NASCAR race with sharp elbows. It’d be fun. It’d be a spectacle.”

Despite the Jag and Aston Martin’s response, the OVC is keeping busy producing the 36 GT350 competition models that prompted the shop to offer the continuation challenge in the first place, some of which are already spoken for.

“We actually worked on the very first car at Carroll’s shop and have a direct connection to it,” Marietta said. “So when we say it’s a continuation model, it’s a little bit of a different animal.”

He’s right—a racehorse. Hopefully Jaguar and Aston Martin get it together so theirs can run alongside it.

Contact the Original Venice Crew here about scoring a GT350 continuation model of your own.