Project Camper Is a High-Speed Defender “Enthusiasts Would Probably Hate” 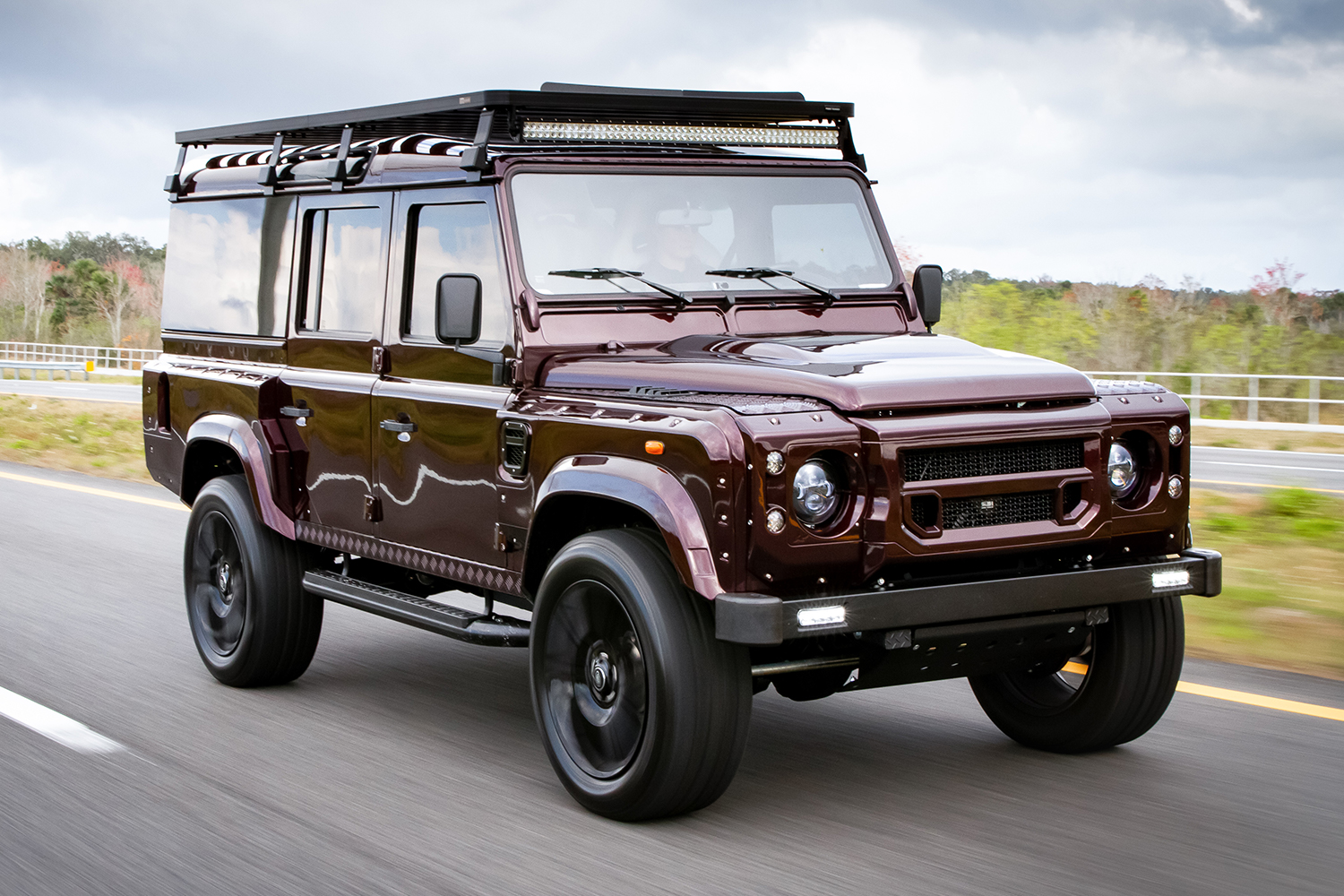 The restoration of old-school, classic Land Rover Defender 90 and 110 models is a contentious issue for many armchair 4×4 enthusiasts. But for anyone who’s ever actually been in the driver’s seat of one of those boxy beasts, it’s undeniable that they’re slow, clunky and a pain to drive for those accustomed to modern-day vehicles.

The restomod wizards at Florida’s E.C.D. Automotive Design have fixed all three of those problems with their new Project Camper build, a Rosello Red and Ivory D110 speedster that can reportedly go from 0-60 MPH in six seconds. As Robb Report points out, that’s “about 8 seconds faster than a classic Defender outfitted with a diesel engine.”

In Project Camper, the engine is an upgraded 6.2L LS3 V8. Pop the hood and you’ll see the red Corvette logo emblazoned on top, signifying the engine’s use in the C6 as well as the fifth-generation Camaro SS. Here, it’s putting out 565 ponies and paired to a six-speed automatic transmission.

As for the “clunky” and “pain to drive” issues, E.C.D fixes the former by cutting weight and the latter with a lavish interior.

The company specializes in full ground-up rebuilds, and for this D110 they rebuilt without a roll cage. Inside, Project Camper seats eight on ivory-white leather seats, including four heated Corbeau Trailcats in the front and middle, as well as four inward-facing jump seats in back. The upgraded tech includes an Alpine infotainment system and Apple CarPlay, since you’ll actually be able to hear your tunes over the sound of the engine.

Hear E.C.D. talk through the build below:

After seeing it up close, you’ll either salivate or have a bad taste in your mouth, and that’s something E.C.D. Co-Founder Tom Humble readily admits. In an interview with Robb Report, he said, “[Land Rover] enthusiasts would probably hate this vehicle.”

Love it or hate it, you unfortunately can’t buy this one. But you can get in touch with E.C.D. to build the custom, American-road-ready Defender of your dreams here.