Apple TV+’s Severance, a mystery-box series about the malaise of white-collar office workers, has emerged as a sleeper hit in today’s crowded television landscape. The series, which is directed and executive produced by Ben Stiller, is a satiric sci-fi drama with tonal nods to ‘70s conspiracy thrillers — think 1999’s Office Space meets Charlie Kaufman. In it, a large corporation named Lumon Industries has invented a way to sever people from their memories to establish the ideal work/life balance. Instead, the procedure creates an office identity known as an “innie” who only exists at and for work, and another identity, an “outie,” who lives outside of Lumon’s walls. This split happens in an elevator that employees ride that turns their memories on and off every day.

The aesthetic is at once futuristic and retro, creating a constant sense of time and memory warp, but above all else, of loneliness. Severance’s cinematographer Jessica Lee Gagné cites the cold and clean rigidity of Lewis Baltz’s urban landscape photography as influences. Throughout the first season, tension builds slowly but surely as the innies of the core cast (Adam Scott as Mark, Zach Cherry as Dylan, Britt Lower as Helly and John Turturro as Irving)  grow more and more curious about their other selves. Managing these workers, their curiosity and the company’s secrets, is Seth Milchick, played by Tramell Tillman, a classically trained actor who made his Broadway debut in the 2019 play The Great Society (also starring Brian Cox) and has appeared in Epix’s Godfather of Harlem and Amazon’s Hunters.

We recently spoke with Tillman — who is currently in Chicago performing in the play Good Night, Oscar — about playing middle management for the cult of Lumon, why he can sympathize with people who want to be severed, and the series’s much-anticipated season one finale in which nine episodes’ worth of tension finally reaches a breaking point.

InsideHook: This is your biggest TV role so far. What attracted you to the part? And how much did you know about the series in the auditioning process?

Trammell Tillman: The entire show was a mystery to me, and I believe that’s what truly brought me to the show. It caught my attention in a way that I hadn’t seen before in any other programs that I’ve watched. It’s also relatable. I worked in corporate America for a few years, so playing a character whose job was solely to maintain office culture and productivity was very accessible to me. I really wanted to dive into the project because of the mystery and because of the leadership of Ben Stiller and [creator/screenwriter] Dan Erickson. As far as what I knew in the beginning, not very much. I got the breakdown that Milchick was “an enthusiastic company man.” That was it. It felt like a great acting challenge to be able to build a character from just those few words alone.

Everything about the show is so meticulously calculated, even down to the actors’ almost robotic movements. I read that even your mustache went through precision refining. Can you talk more about that?

Well, it really fed who Milchick was. He is a very meticulous guy. He’s feckless. He’s very controlled. To go into the studio or go on set every morning and go through a process where combing his hair had its own routine — we had to get the follicles on his mustache just right — it really served the entire experience stepping into the shoes of Milchick.

As the manager of the severed floor, you’re in this tricky position all season between the workers and Lumon’s higher-ups. What was it like walking that tightrope between cheery manager and disciplinarian all season?

It was a task. It’s a position that a lot of managerial people deal with. We all have someone to answer to, and we have a team of people that we’re responsible for. Being able to step into those shoes and do it in the realm of Lumon, where he has to be the disciplinarian in a very extreme way, was very challenging. He is an ambitious guy at Lumon and really believes in the principles, which helps to fuel him forward rather than get caught in the dread of it.

We don’t get a lot of background on him. Did you think about what brought Milchick to Lumon in the first place and why he’s so loyal to the company when he’s unsevered and knows more than enough about them not to be?

It was really fun being able to craft his backstory with my own personal ideas of who this guy was. Having Ben Stiller and Dan Erickson as a sounding board was great too. The discussion about who Milchick was was constant. I think it’s great that we don’t see his backstory because it also adds to the mystery. What was always cool is that when I would have an idea of who he was, there would be something that would divert it in a different direction. Stepping into this role kept me on my toes.

Now that we know the show’s been renewed for a second season, have they said that we’ll explore your backstory more?

I would be excited to see that, but as of now, it’s still up in the air.

The Music Dance Experience scene was one of the standouts this season — everything shifted, from the color saturation to the use of Steadicam. Stiller and Gagné said they wanted it to feel like a music video. It’s one of the show’s creepier moments and is a big scene for Milchick. What was it like to shoot that? Did you have a choreographer help you figure out how to dance to “defiant jazz”?

MDE was a blast to shoot. We filmed that over two days from top to bottom, and all hands were on deck to make sure that it moved as smoothly as possible. Tara Rodriguez was our choreographer, and she was great in having the established levels within the dance experience, if you will, but gave me the freedom to come up with my own moves. All that you see is really improv. It was right in the moment. But what was key was both Tara and Ben wanted the dance to expand and get bigger and bigger and bigger until it explodes into an attack. I was looking forward to filming MDE since I found out about the sequence. That day brought a lot of people joy. We had so much fun, both on set and behind the scenes, developing this wild random moment in the show.

And let’s talk about that attack, because Milchick obviously gets attacked by Dylan in that scene. And then in the finale they have another tense moment. They’re always at odds with each other more so than any of the other workers. Can you talk about that complicated relationship? It seems doomed.

Well, Milchick steps outside of the box a little bit by using the overtime contingency [to wake up Dylan outside of Lumon], and for lack of a better word, it bites him in the ass. Dylan’s kid comes in and sees them and now Dylan’s innie has intel that he’s not supposed to have. So, from the tail end of episode six, all the way into episode seven and eight, it is just this process of Milchick covering his ass and trying to erase the memory or thoughts of this kid. But Dylan won’t let it go. So now there is this dance of Milchick trying to keep his job and keep control over Dylan and Dylan saying, “No, this is not going to happen. I want to know what’s going on.” Milchick is at a point where he’s throwing anything and everything that he can at Dylan to keep him in line. As you notice, Dylan is an incentive-driven kind of guy. So, he’s talking about, “I got Coffee Cozies for you, I can give you some.” Milchick’s just thinking, “I’ve got to fix this mess.”

The finale ends on a cliffhanger, so we don’t see the end of their confrontation. Have you shot past that? Do you know what’s going to happen?

No, I am totally clueless as to what’s going to happen.

Did you and the rest of the cast ever discuss whether you would get severed or even the philosophy behind it?

We’ve definitely discussed the philosophy behind it. I personally would not get severed. I spent too much time in therapy for that [laughs]. I think in a spiritual way, so much of my past — good, bad and in-between — has informed who I am now. So I bring it into work. It’s challenging for me to separate myself completely from my job. But, on the lighter side, there’s a reason why people want to be severed. We see that Mark is deeply hurting and grieving. I understand why he would want to take eight hours out of the day to not feel grief. It’s a human thing to want that relief. 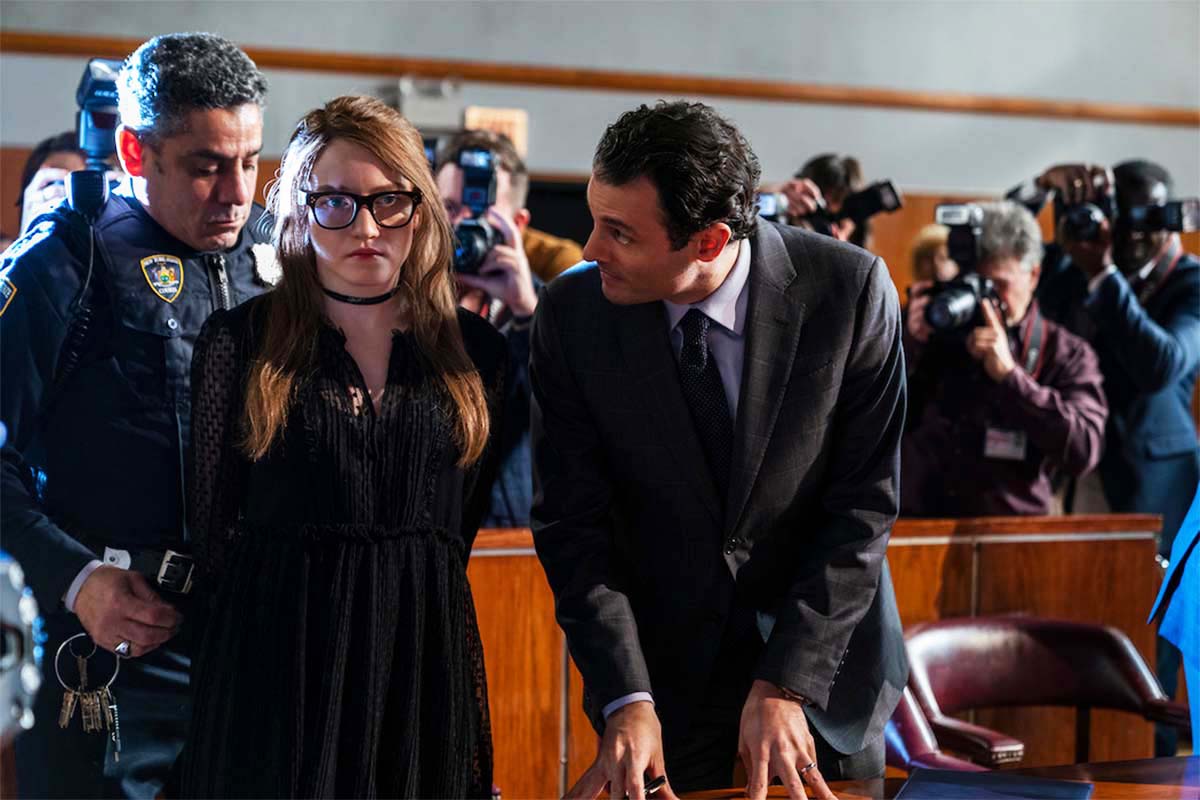 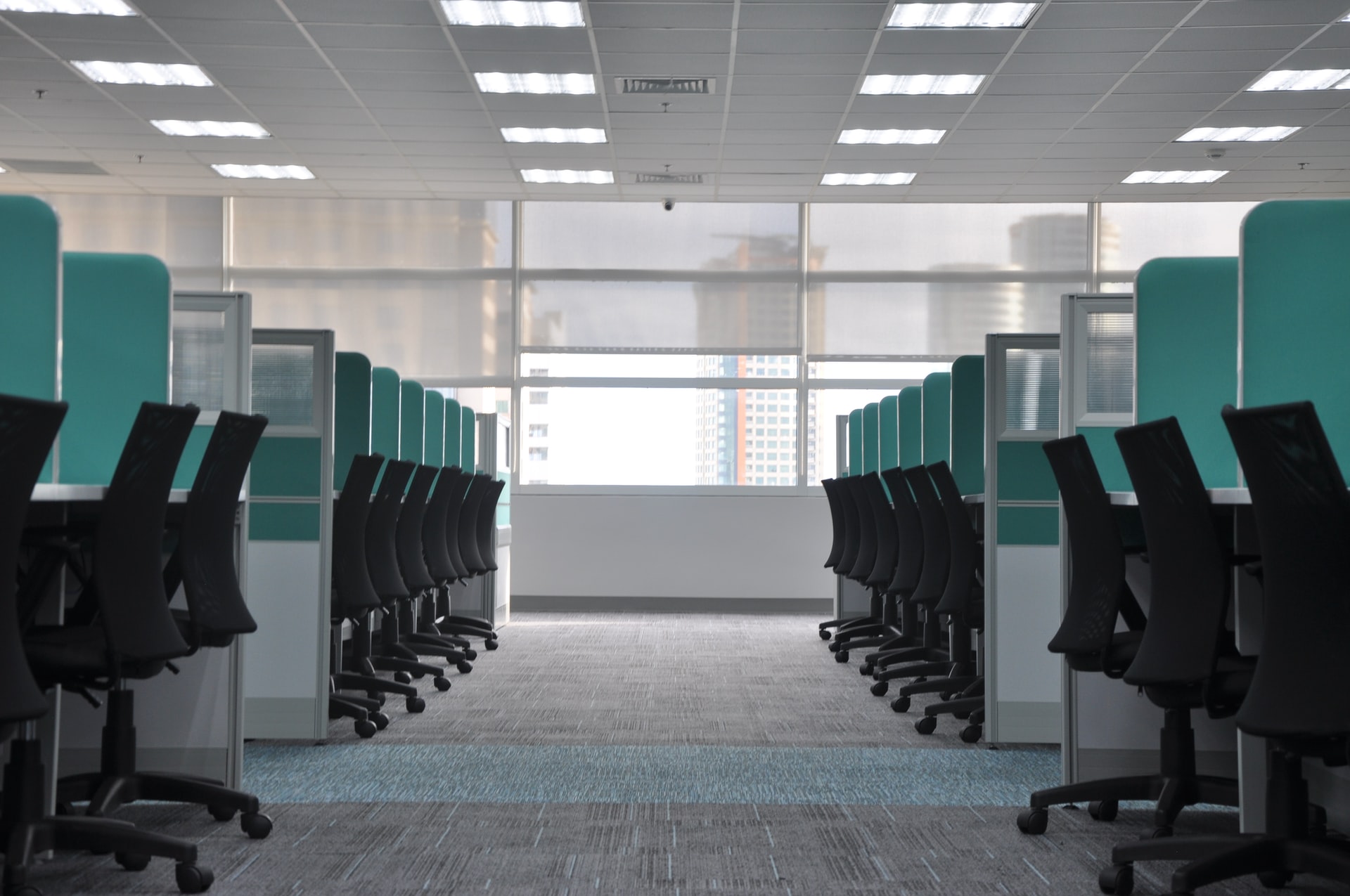