After losing to Computer, Kasparov pushes for human/machine collaboration.

Despite being defeated by artificial intelligence, Chess Grandmaster Gary Kasparov is far from a luddite.

“I always want to remind people I won the first match,” he joked.

At TechCrunch Disrupt Wednesday, Kasparov called for greater collaboration between humans and machines since he believes humans hold the upper hand in many areas. 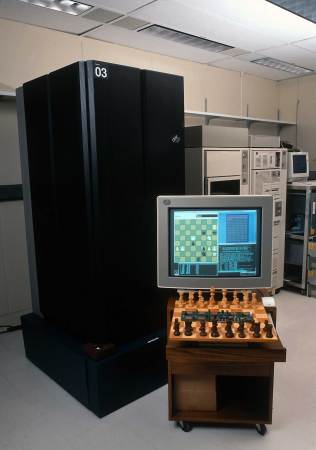 The grandmaster, who lost a famous chess match in 1997 to IBM’s DeepBlue computer, says artificial intelligence will always win games like chess and go because it “dominates through brute force of calculation.” But, Kasparov is quick to point out the distinction between winning the game and solving it, which requires a level of understanding that he says artificial intelligence doesn’t possess.

In many regards, Kasparov provides unique insight into the mind of a machine given his chess expertise. The foundations of modern artificial intelligence stem from theories pulled from the game. In 1952, Alan Turing wrote the first chess playing problem for a computer—one that didn’t exist at the time since the machines of the era couldn’t handle such a function. Turing’s vision came to fruition 20 years ago when Kasparov faced down DeepBlue.

Kasparov acknowledges the threat that AI poses to jobs, but doesn’t view it with the dystopian lens that many do. “It’s another part of the cycle,” he explained. Tech innovation has disrupted society throughout history, and Kasparov thinks AI and robotics are no different. He suggests companies should be looking at areas where machines cannot beat humans to prepare for whatever unemployment may come.

“Relying (exclusively) on AI is a losing proposition,” Kasparov explained. Right now, computers are helpful in providing answers to questions, but getting to that point requires human minds. “If we are looking for the right ideas and the right questions, machines aren’t helpful yet.”

He reminded the Disrupt audience that machines can’t replicate emotions or passions, and they don’t have a purpose. That’s the realm, as nebulous as it might be, where humans need to focus if they are to excel.

The grandmaster acknowledged the “double-edged weapon” that AI and other technology are today. Kasparov pointed to the use of technology by authorities in regimes in countries like Russia, where he’s from originally, to censor dissent and surveil its citizens as a major downside of the innovation cycle he described earlier.