Which Rookie NFL Quarterbacks Will Be Starting in Week 1? 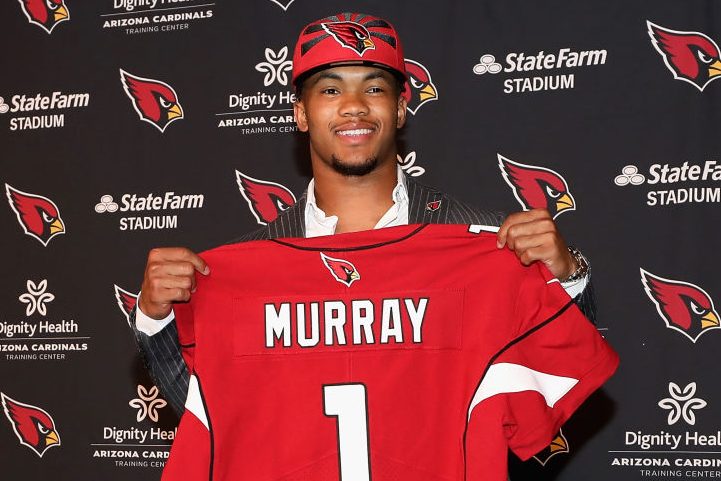 It was a good season for first-year guys.

This year, a new crop of rookie quarterbacks headlined by 2019 top overall pick Kyler Murray will hit the gridiron. But when?

With the Cardinals trading away last year’s top pick, quarterback Josh Rosen, Murray is slotted in as Arizona’s starting QB and should have the reins to the franchise starting in Week 1. That shouldn’t be that much of a surprise as quarterbacks who are drafted at No. 1 overall commonly have about a 50-50 chance of starting in Week 1. proposition. Of the last 10 QBs picked first overall, five started Week 1 and five did not.

Head coach Kliff Kingsbury has yet to go on the record saying Murray will lead the team on the field for the first drive of the season and has touted the prowess of presumed backup Brett Hundley, but Arizona general manager Steve Keim has not held back about what he envisions for his 21-year-old quarterback.

“We didn’t draft him one overall to ride the pine,” Keim said earlier this month. “I know it’s a lot to put on his back, but that’s why we drafted him. He’s a fierce competitor and that’s what he did at Oklahoma this year. He put the team on his back, they didn’t have a great defense and he knew he had to score on almost every series to give them a chance to win and I sort of like the chances there.”

Things are a bit murkier for the next quarterback selected in the draft after Murray, former Dukie Daniel Jones.

Taken sixth overall by the Giants, Jones has longtime starter and two-time Super Bowl winner Eli Manning ahead of him on the depth chart in New York. And, while the Giants (correctly or not) obviously envision 21-year-old Jones taking over for Manning, it remains to be seen whether the organization would let the Senior Bowl MVP start the season under center in place of the 38-year-old face of the franchise.

That said, Giants offensive coordinator and quarterbacks coach Mike Shula said Jones could play for New York to start the season if Manning was not already entrenched as the starter.

“I think he’d be ready to go, that’s my personal opinion,” Shula said, according to Newsday. “I think he has that capability. The obvious reasons for him with Eli as our starter to be sitting is he’s going to be learning from one of the best ever in regard to preparation. Not just the normal stuff, but the day-to-day operations, the routine schedule, and then all the details of the position.”

As of now, it’s tough to know when Jones will take the field this season, but the consensus among team beat writers is that he will start at least a few games, especially if the Giants fall out of the playoff hunt.

Elsewhere in the NFL, Dwayne Haskins — who was taken 15th overall — will have a chance to start for Washington if he can beat out veterans Case Keenum and Colt McCoy.

It’s unclear if the Ohio State product, who only started for the Buckeyes for a single season but did lead the nation in passing yards and touchdown passes and was named the Big Ten offensive player of the year, will be able to win the job over Keenum and McCoy, but the team has every reason to hope he can.

With last year’s starter Alex Smith uncertain to ever return to the NFL following a gruesome leg injury last season, Haskins, 22, represents the future in Washington and the sooner he gets on the field, the better.

For what it’s worth, ESPN expects that Haskins will start the season for Washington and lead the team in quarterback snaps in 2019. “There will be internal pressure to start him at some point, and that will intensify with a poor start,” according to ESPN. “The holdup will be a coaching staff that knows it must win now and feeling Haskins might take some time to develop. Unless Case Keenum plays well enough in a tough early stretch — four of the first five games are vs. Philadelphia, Dallas, Chicago and New England — it’ll be tough for the organization to let Haskins sit. If Haskins plays early and develops well, it might even buy the staff another year.”

The final rookie quarterback with a shot at starting in Week 1 is Missouri product Drew Lock.

A presumed first-round pick, Lock slid until Day 2 and was selected by the Broncos with the 10th pick in the second round.

Denver likely waited so long to draft Lock because the Broncos traded for veteran Joe Flacco prior to the draft and envision the longtime Raven as their starting quarterback — for a little while at least.

Flacco, who is currently backed up by 2016 fifth rounder Kevin Hogan as well as Lock, struggled last season and was ultimately usurped by the aforementioned 2018 rookie Jackson.

“Flacco has dealt with knee, back and hip issues in recent years — he tore an ACL in 2015 — but he has also started 16 games in nine of his 11 seasons,” according to ESPN. “The Broncos think he’s ready to go physically and also believe the addition of offensive line coach Mike Munchak and signing of right tackle Ja’Wuan James in free agency with the arrival of Risner in the draft should help give Flacco some comfort in the pocket.”

Other rookies drafted in April, including Will Grier (Panthers), Ryan Finley (Bengals) and Jarrett Stidham (Patriots), probably won’t play much this season outside of mop-up duty unless injury forces them into action.