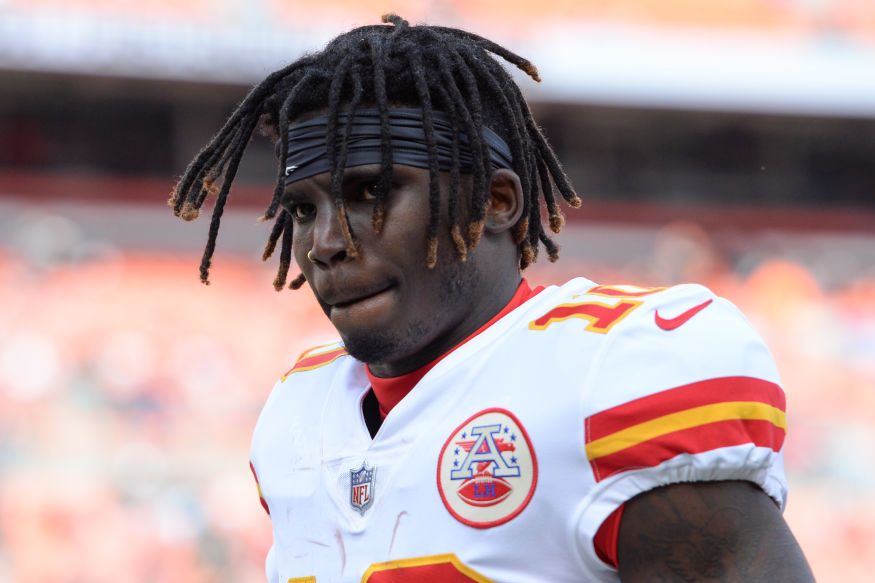 On Friday, the NFL announced Kansas City Chiefs wide receiver Tyreek Hill would not be suspended by the league related to allegations that he was responsible for breaking his three-year-old son’s arm.

The allegations against Hill were originally made by his fiancée, Crystal Espinal, who did not make herself available to the NFL despite repeated attempts, according to NFL Network’s Ian Rapoport.

Despite not speaking to Espinal, the NFL claims it “conducted a comprehensive investigation of allegations” which took “great care” not to “compromise the privacy or welfare of the child in any way.”

Since the legal investigation into Hill by Missouri authorities was unable to determine who caused the child’s injuries based on the available evidence, the NFL has likewise opted to declare the 25-year-old star a free man.

“Based on the evidence presently available, the NFL cannot conclude that Mr. Hill violated the Personal Conduct Policy (PCP),” according to the NFL. “He has been and will continue to be subject to conditions set forth by the District Court, Commissioner Goodell, and the Chiefs, which include clinical evaluation and therapeutic intervention. Throughout this investigation, the NFL’s primary concern has been the well-being of the child. Our understanding is that the child is safe and that the child’s ongoing care is being directed and monitored by the Johnson County District Court and the Johnson County Department for Children and Families.”

That is pure nonsense.

If the NFL wanted to suspend Hill, they could. After all, they aren’t held to the same standard as law enforcement and have suspended players in the past for violating the league’s PCP, including Ezekiel Elliott and Kareem Hunt, who were never found guilty in a court of law.

As the league made clear with the suspension of Tom Brady, albeit for a totally different sort of alleged violation, the league can rely on a standard of “more probable than not” when determining guilt or innocence if it so chooses.

Following the DeflateGate investigation, the league determined Brady “was at least generally aware of the inappropriate activities” and suspended him for four games.

Now, even if the NFL is going to take Hill at his word that he was not actually physically responsible for breaking the boy’s arm (which seems unlikely), can they actually believe it is more probable than not he wasn’t at least generally aware something inappropriate was happening with his son? Given the evidence, that’s ridiculous.

As it stands, Hill may attend Kansas City’s training camp and participate in all club activities and the team is ready to welcome him back with open arms. “We have decided it is appropriate for Tyreek to return to the team at the start of training camp,” the Chiefs said in a statement. The club fully supports the conditions for return laid out by the league and will continue to monitor any new developments in the case. We are glad to welcome Tyreek back to the team and look forward to the start of training camp next week.”

Hill, who will at least have to wait a few weeks if not months thanks to the fallout from the child-abuse allegations and investigation, is also free to keep tweeting:

Good for him. Good for the Chiefs. Bad for regarding the league’s claim its primary concern is the well-being of the three-year-old child as anything more than lip service.