How Marshall Newhouse Became One of the NFL’s Smartest Spenders 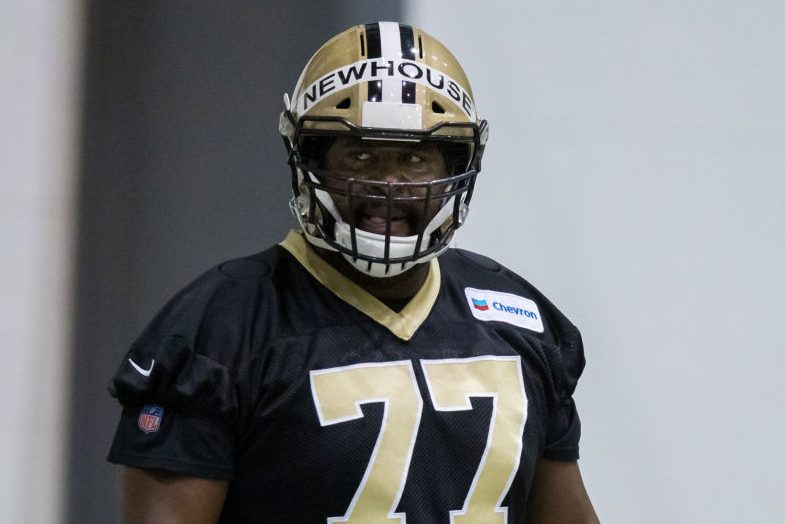 As an offensive lineman who’s often responsible for watching his quarterback’s blind side, 10-year NFL veteran Marshall Newhouse knows a lot about the art of protection. And that knowledge isn’t limited to the confines of the gridiron: Newhouse, who won Super Bowl XLV while he was a member of the Green Bay Packers, has also learned a lot about protecting his life off the field, especially when it comes to managing his wealth.

It’s something he takes great pride in, especially in light of the highly publicized financial woes that have plagued players over the years. According to a 2009 report from Sports Illustrated, an astonishing 78 percent of former NFL players go bankrupt or are under significant financial stress within two years of retirement. Deuce McAllister had a house seized. Adrian Peterson defaulted on multiple multi-million-dollar loans. Michael Vick was swindled by a crooked financial advisor.

Unlike those guys, Newhouse has never been one of the league’s highest-paid players. Currently a New Orleans Saint, he previously held stints with the Bengals, Giants, Panthers, Raiders and Bills, in addition to the Packers.

So how did a career journeyman build up such a solid financial playbook?

“The saying goes, ‘You only become more of yourself when you become wealthy,’” Newhouse tells InsideHook. “So whatever you are as far as your habits and view towards money and what you need in life, it only gets amplified. So if a guy was already spending money before he made it or wasn’t really tracking his own budget and finances, then there aren’t many things that will snap him out of that when he gets a bigger check.”

Luckily for the fifth-round pick out of TCU, he learned to respect the value of a dollar while growing up in Texas: his mom was an accountant who worked for JPMorgan, which led to him having a relationship with brokers at the firm when he got drafted in 2010.

“I definitely was a step ahead by happenstance, knowing some people in the industry,” Newhouse says. “But even with that, there’s always your own kind of diligence you have to do. I’m pretty conservative by nature, and so that also lends itself a little bit to just not taking risks outside of a lot of research, and a lot of understanding of what I’m getting into. So I was lucky. I haven’t had any [financial] hiccups.”

Though he didn’t want to divulge any specific details about his investment portfolio, Newhouse, 30, confirms he has holdings in everything from real estate and cryptocurrency to consumer packaged goods, sports wearables, cybersecurity and video game technology. A diverse portfolio — and vitally, one stocked with investments that Newhouse takes a personal interest in.

“For me, it’s mostly the tech world, startups, consumer products and goods, real estate, things like that. Those things give me the most joy,” he says. “There are places to make money everywhere. But if you aren’t willing to do a lot of the legwork to find out about that market research, then you’re going to put yourself in an opportunity to be taken advantage of. I’ve said ‘No’ a lot and that doesn’t mean I pick only winners, but the things that I’ve gotten into, I’m very involved in.”

Newhouse equates his financial approach to the traditional construction approach of measuring twice and cutting once. “I would extrapolate that out financially to measuring 10 times and cutting once,” he says. “The measuring part is due diligence, running it by people, meeting people that are genuinely wanting to help you and have knowledge of what you’re getting into, who aren’t asking for something in return. I’m looking for people who can shed knowledge and I can be a sponge and absorb what they know.”

We’re targets. I’m sure as soon as a guy goes in the first round or second round, there are people Googling his name.

There’s also that little word that can have very large implications: “No.”

“At the end of you measuring 10 times and cutting once, you can still not cut,” Newhouse says. “You can say ‘No’ at any point in time. There’s no shame involved. There is no like, ‘Oh, I miss out on the deal.’ Because usually there’s another deal. A lot of us get too emotionally involved in these decisions and we think too micro and not macro and long-term enough, and that gets you into trouble. It’s natural. I think it’s human to want to make quicker returns on money, or seeing whatever you put in go up really fast. The law of compounding interest, it’s different nowadays, but it’s still a pretty solid tenet: slow and steady does win the race. If that’s the worst you can do, then you’re going to be pretty OK in the long term.”

Though talking about money in NFL locker rooms is viewed as somewhat uncouth and unprofessional, it’s hard not to notice when your teammate signs a $100 million contract, like Newhouse’s teammate on the Saints, Michael Thomas, did last month.

But teammates aren’t the only ones who notice. “We’re targets. I’m sure as soon as a guy goes in the first round or second round, there are people Googling his name,” Newhouse says. “There are literally websites out there that show your contract information. We’re part of a union, but our contracts are public. So people see exactly what you can make, and then you just never know. There’s no shortage of people who want to take advantage of other people. So that part of it kind of sucks. He [Thomas] is going to find out about a lot of distant relatives and friends, more so than he already has. He’s already had a level of fame and success, but it’s only going to get worse from here on out. So I would say hunker down and set your team up to protect yourself.”

The importance of setting up a team is another one of Newhouse’s core strategies.

“The number-one piece of advice is to put your team together and vet them,” he says. “The NFL has vetting services that’ll do background checks on CPAs, lawyers, business partners, whoever. Set your team up. Then you can run deals by them and learn from it. Part of the services they provide is even if it’s layman terms, tell me what you’re doing with my money. Tell me exactly how much you’re charging me to do what you’re doing with my money. Sometimes they might shame you into not asking or make you feel like that’s too intrusive, but you have to get over that and be assertive with the people in your financial sphere.”

The saying goes, ‘You only become more of yourself when you become wealthy.’

By speaking about these sorts of issues in interviews and public forums like South by Southwest, Newhouse is hoping to break the cycle of some of his peers going broke, as well as change the way athletes are perceived at large.

“We know more now than we’ve ever known. There are more resources out there than there have ever been, and there are more guys who are on top of their game than there have ever been,” he says. “I don’t think the perception has kept up with the reality as far as that’s concerned. Sometimes we still look bad when a story comes out, but there are a hundred more guys who are doing exceptionally well for themselves, taking care of their communities and being good husbands and fathers.”

And sometimes the guys who are doing the right thing aren’t who you think.

“One of the guys people don’t understand how smart he is is Marshawn Lynch,” Newhouse says. “He’s retired now, and you wouldn’t know it looking at him, but he’s a really sharp guy, and he’s done a lot of good things and is taking care of himself. He’s done work helping younger guys understand what’s going on. There are plenty of guys out there doing it. They’re not getting any recognition or notoriety. But there’s a lot of guys out there who are there for young guys to ask questions or be resources for.”

Newhouse is most certainly one of them.